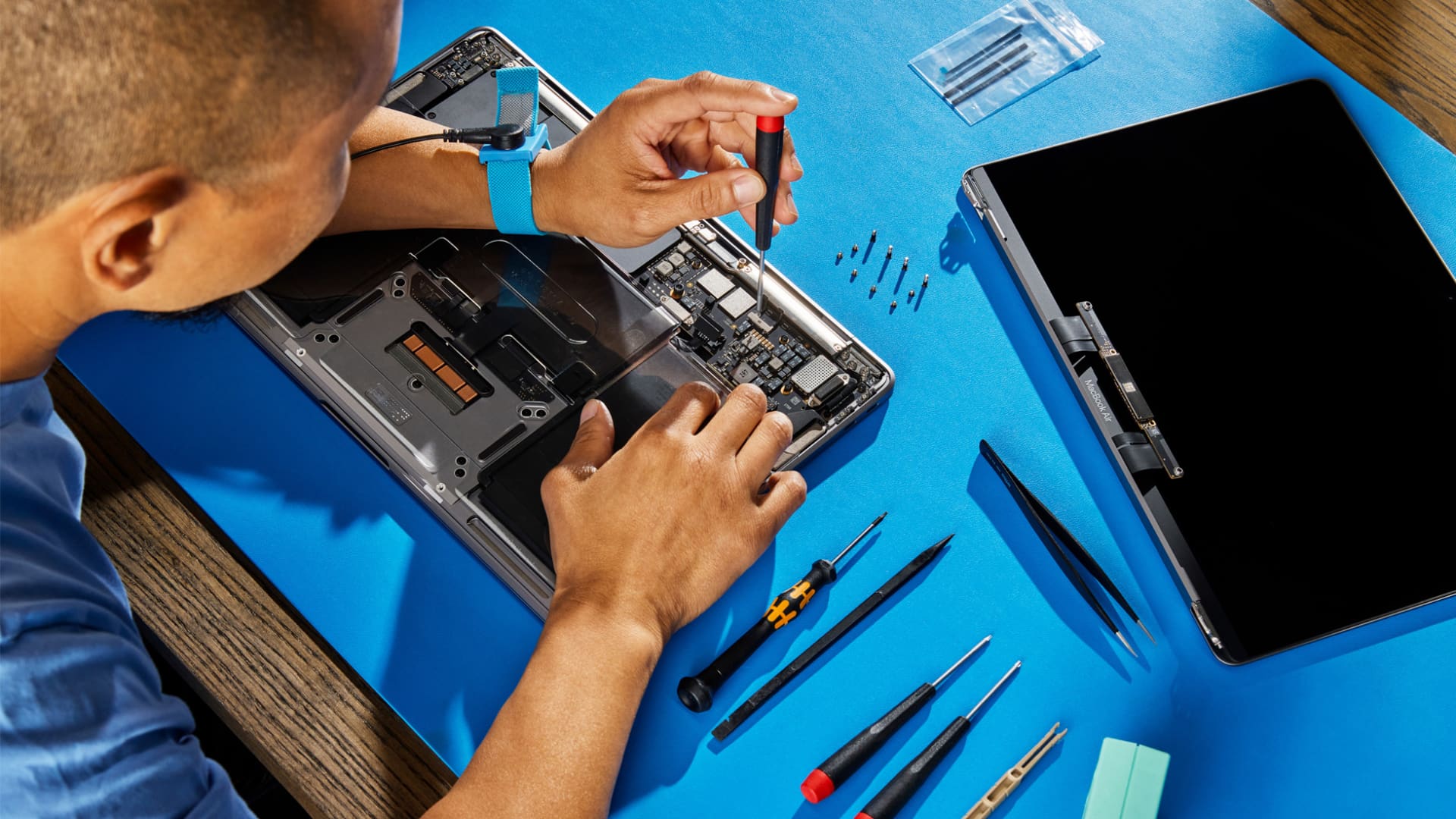 Apple is expanding its Self Service Repair program to include some of its laptops, which means you’ll be able to do some repairs yourself.

Users with MacBook models that have M1 chips, which include both MacBook Air and MacBook Pro, will be able to order certified parts, access repair manuals, and rent or purchase the tools needed to fix those devices starting Tuesday, August 23, the company said in a statement Monday.

Apple said customers will be able to perform more than a dozen repairs themselves, including fixes to the trackpad, the top case with battery, the display and more. It will add additional repair options later.

Apple said the program will expand into other countries, starting in Europe, and will include other MacBook models later this year.

Apple’s decision to allow customers to repair their own devices comes as the “right to repair” movement has put pressure on U.S. regulators to give consumers more control over their products.

Customers can rent tools from Apple for one week at $49 with free shipping if they prefer not to buy them outright. In some cases, customers can also get credit for returning a replaced part for recycling.

Despite opening up the program, Apple said in its blog post that visiting a certified technician with genuine Apple parts is still the “safest and most reliable way to get a repair” for the “vast majority of customers who do not have experience repairing electronic devices.”