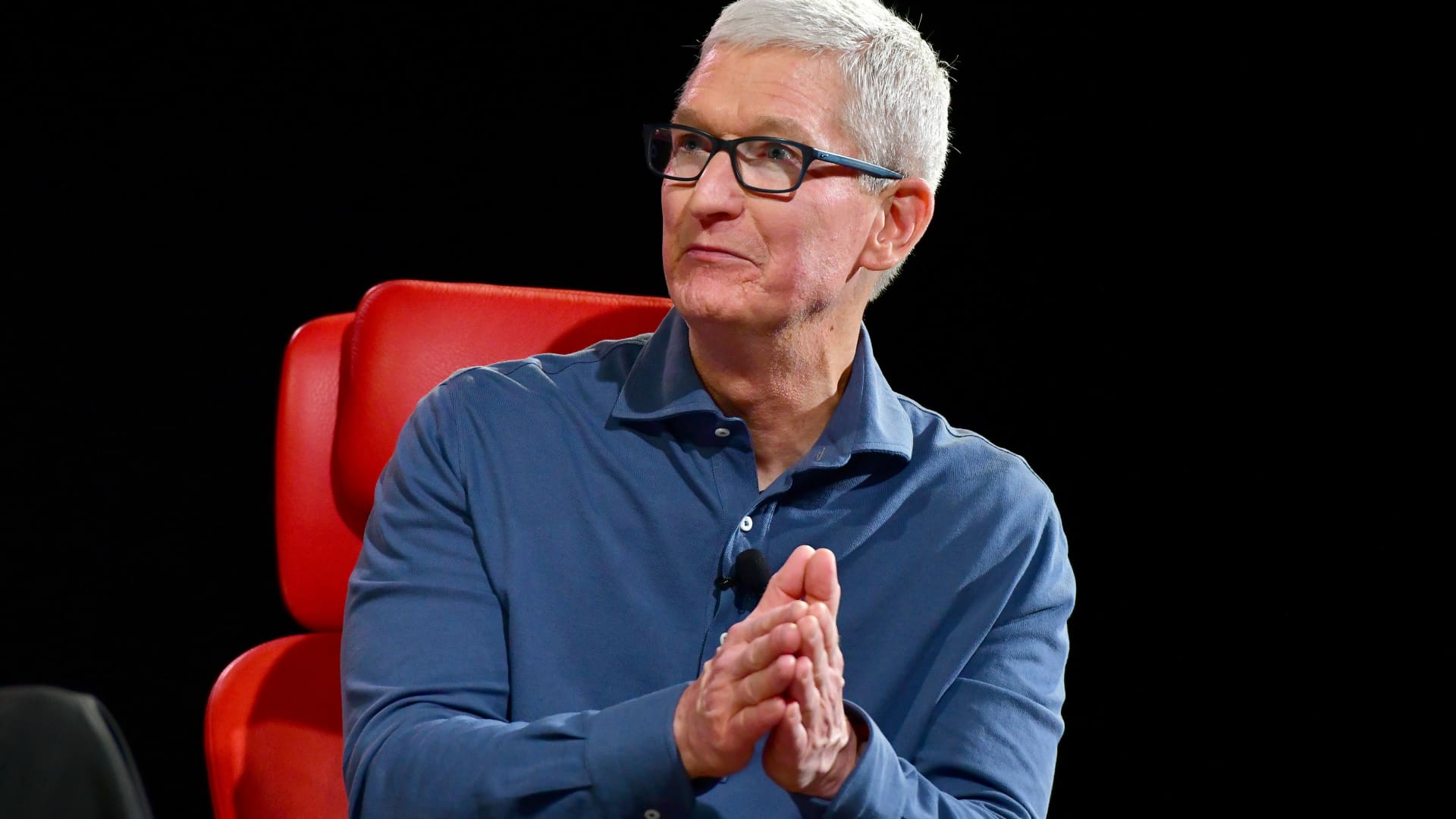 Apple CEO Tim Cook said on Wednesday that Apple doesn’t spend a lot of effort improving the texting experience between iPhones and Android devices because its users haven’t been asking for it.

“I don’t hear our users asking that we put a lot of energy on that, on this point,” Cook said in response to an audience question at Vox Media’s Code Conference in Beverly Hills, California. “I would love to convert you to iPhone.”

The response comes less than a month after Google kicked off an advertising campaign meant to put pressure on Apple.

Currently, texts between iPhones use iMessage, which has a much smoother experience than when an Android device texts an iPhone, in which SMS messages show up as green bubbles. Google wants Apple to adopt RCS, a kind of messaging that is meant as a next-generation SMS replacement with encryption and other modern features.

The questioner pressed Cook, saying that he can’t send videos to his mom because of the limitations of SMS messaging.

Apple’s recent privacy push is not a new goal for the company — the thinking actually goes back to founder Steve Jobs, Cook said.

“Steve really ingrained in the company in the early days in the importance of privacy and it has only grown since,” Cook said.

Cook cited a 2010 talk by Jobs where he said that privacy means that users consent to share their data. “Privacy means people know what they’re signing up for, in plain English, and repeatedly. That’s what it means,” Jobs said in the talk cited by Cook.

Cook’s remarks come as the company’s privacy push has drawn increasing criticism as self-serving as the company has introduced new privacy features that make online advertising more difficult to measure as Apple reportedly plans to increase the size of its advertising business and introduces new ad units.

That’s the same philosophy behind App Tracking Transparency, a feature introduced in 2021 that has roiled the online advertising industry. iPhone owners are asked before sharing a unique device identification number with apps when they boot up — and most iPhone owners choose not to, preventing online advertisers from accurately tracking the performance of their ads.

Companies including Facebook parent Meta have blasted the change as anticompetitive. In February, Meta said it would cost it $10 billion this year.

“What we felt is that people should own their data, and they should make their own decision,” Cook said on Wednesday. “People should be empowered to be able to make that decision in a really straightforward and simple manner. Not buried 95 pages deep in a privacy policy somewhere.”

“We’ve never said digital advertising is a bad thing,” Cook said. “What is not good is vacuuming up people’s data when they’re not doing so on an informed basis.”

Cook was asked if he saw Apple as a powerful company that has stepped in because regulators haven’t passed privacy laws.

“We’re not trying to be a regulator,” Cook said. “All we’re trying to do is give people the ability to make the decision for themselves.”