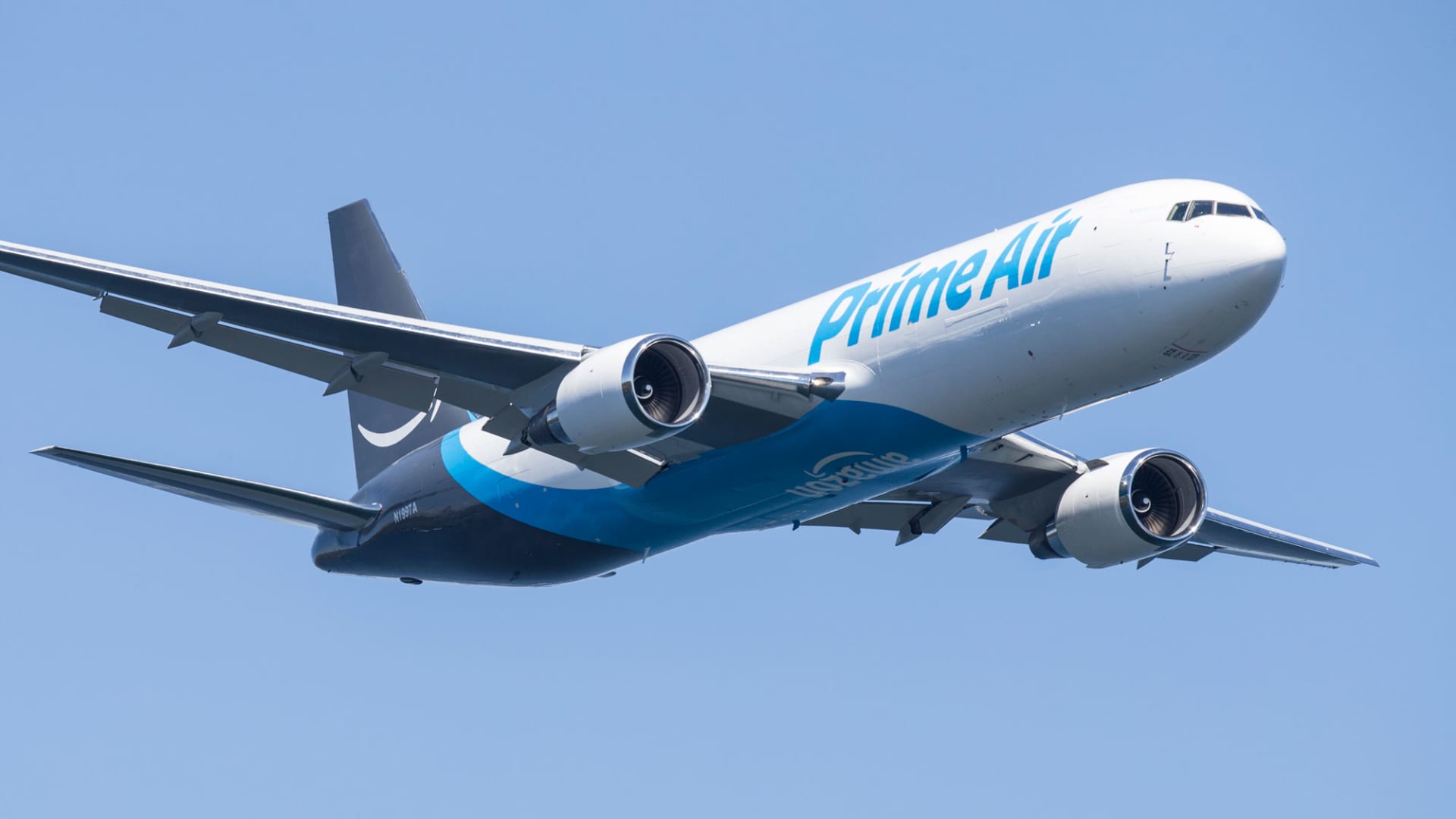 An Amazon-branded Boeing 767 freighter, nicknamed Amazon One, flies over Lake Washington during the Seattle Seafair Air Show on Aug. 5, 2016 in Seattle.

Amazon workers at the company’s largest air hub in California walked off the job earlier this week to demand higher pay and safety improvements.

The work stoppage on Monday was coordinated by a group of employees at the San Bernardino facility who are organizing under the moniker Inland Empire Amazon Workers United. The facility, known as KSBD, is one of the company’s sprawling air cargo hubs where Amazon-branded planes transport packages to warehouses across the country.

More than 150 workers participated in the walkout, The Washington Post reported, citing figures from organizers. Amazon countered that about 74 workers walked off the job out of the facility’s 1,500 employees.

The Inland Empire Amazon Workers United is calling for Amazon to hike the base pay rate to $22 an hour, up from $17 an hour.

More than 900 employees have signed a petition demanding pay raises, according to the Warehouse Worker Resource Center, a nonprofit that advocates for workers in the Inland Empire, a region located east of Los Angeles.

Amazon spokesperson Paul Flaningan said full-time employees at the facility can earn up to $19.25 an hour, depending on their shift.

The group also raised concerns about “suffocating” heat. There were 24 days last month where temperatures reached 95 degrees or hotter at the San Bernardino airport, the group said. Workers have previously spoken to managers at the facility about the high temperatures, which resulted in them creating additional rest areas.

The highest recorded temperature in the facility is 77 degrees, Flaningan said. He said the company respects its employees’ right to voice their opinions.

“While we’re always listening and looking at ways to improve, we remain proud of the competitive pay, comprehensive benefits, and engaging, safe work experience we provide our teams in the region,” Flaningan said.

The Inland Empire has been a major focus of development for Amazon and other e-commerce companies. Warehouses and delivery hubs have rapidly sprung up in recent years, raising concerns about pollution and other environmental harms.

Amazon is the largest private sector employer in the region, the Inland Empire Amazon Workers United said in a statement.

The walkout comes as Amazon has faced a spike in organizing activity across its warehouse and delivery workforce. An Amazon warehouse on Staten Island voted in the company’s first U.S. union, while the results of an election at an Alabama facility remain too close to call. Workers also held protests to highlight safety concerns at the height of the Covid-19 pandemic.