A Heart Beat On Ethereum: The Heart Project, By Aidan Cullen. 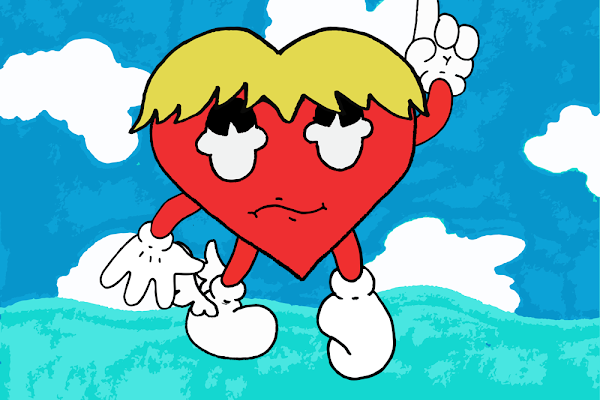 NFTs are capable of storing and accessing culture. Unfortunately, in 2022, these Ethereum smart contracts appear to be a fringe concept that most can write off under the simple idea of a JPEG.

With the advent of NFT integration on Twitter, Instagram and TikTok, there is a true cultural phenomenon on the horizon. Innovator Aidan Cullen’s The Heart Project is uniquely culturally positioned to capitalize. Cullen has worked with Nike, Prada, Gucci, Converse, Complex, Vogue, A$AP Rocky, Trippie Redd, Halsey, Dominick Fike, Kenny Beats, Omar Apollo and more, to name a few.

Now, Cullen envisions a world where gifted, scrappy creators are not gatekept by traditional Hollywood barriers, but empowered by their ambition to take the road less traveled.

For those who are paying attention, The Heart Project offers the opportunity to join, mingle, and collaborate with a star-studded and Cullen-curated creative community for a little under $200. And what a bargain it is.

History of The Heart Project

Aidan Cullen made his way up the Hollywood photography scene starting in high school. As a young artist in a hyper-competitive environment, he experienced challenges in meeting the right group of collaborators that would help him thrive. He set out to find a better way, but it wouldn’t be until he was introduced to Ethereum that it clicked for him.

In 2021, Cullen realized that his goal of making a community-run creative studio could be streamlined by the benefits of a public computer like Ethereum. With tokenized art pieces (NFTs), owners could be granted access to a private Discord server with a group of other talented, underground artists.

At this point, Aidan reached out to Stefan Meier to create the art. Meier, originally from Chicago, studied under Bernhard Wilhelm and David LaChapelle for some time before creating the iconic Heart character donned by The Heart Project.

Over the next month, the entire NFT project was designed and assembled. The team picked a mint price of 0.08888 for each of the 10,000 NFTs. If all went well, this sale would bootstrap the team with almost 900 Ether ($2.6M) to deliver the rest of their roadmap. The team waited anxiously as the public mint was about to begin; the future of the project rode on this moment.

Not 20 seconds later, the collection sold out.

Flash forward a few months later and owners are mingling with LA’s finest at the opening night of The Heart Project’s pop-up in the iconic Fred Segal store on Sunset Boulevard.

The month-long pop-up was installed to showcase the brand’s first big clothing collection in collaboration with Fred Segal. The collection featured pieces created by community members, including one by the community moderator @cidisdead_, who found his way to LA through The Heart Project.

This was far from the first party thrown for community members. From LA to NYC to Miami, The Hearts Project is sure to come through. Blurring the line between culture and technology, Hearts parties prove that NFTs aren’t just for techies.

Aminé, Gunna, 24kGolden, A$AP Nast, Benny Blanco, and more have all been spotted hanging out at Heart’s parties and oftentimes doing free performances. Even the former president’s daughter, Malia Obama, stopped by Fred Segal on opening night. This shouldn’t come as a surprise, however, as Cullen’s photography portfolio contained most of these names even before the advent of The Heart Project.

While Yuga Labs has been busy creating more and more metaverse hype, The Heart Project has been consuming the target market through in-person hustle and grit. Or, so it may seem from the outside. But, does the promise live up to the hype? Could anyone buy an NFT and get access to these people? I decided to find out.

I booked a flight to LA for the opening night of the Fred Segal pop-up, hoping there would be an event for holders. The party was announced the day of, and my bet had paid off.

I wandered by the store a few hours before the party started just in case anything was going on. As I approached the iconic corner, I noticed Cullen and Meier standing outside, musing at their hard work. I introduced myself to Aidan and told him I was a holder. His face lit up, and we had a 30-minute conversation on the sidewalk while he was supposed to be setting up for the party. He gave me his personal number and invited me to visit the office the following day.

Stefan snapped a photo of us, and I left them to get ready for the rest of the night. As I rode the Uber back I realized that the vision of a “community-run creative studio” was not a vision, it was a reality.

While no one is paying attention to NFTs, creatives are certainly still creating, and Aidan and his team are still firing on all cylinders. Whether you’re a creative, collector, or simply a fan of music, The Heart Project offers something truly unique in today’s world of copycats.

Check out their Roadmap 3.0 to see what’s been accomplished so far, and what’s coming up soon.

Disclaimer: I am long. Clearly.