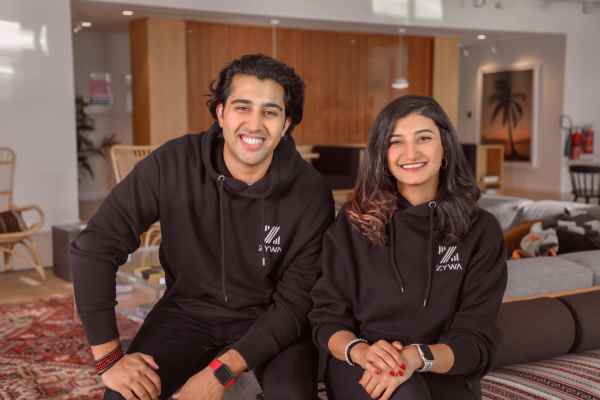 Dubai-based Zywa, a neobank for Gen Z, plans to fuel its growth in the United Arabs Emirates (U.A.E), and to kick-start its expansion to Saudi Arabia and Egypt after raising $3 million seed funding at over $30 million (110 million AED) valuation. The new funding follows the $1 million pre-seed backing it secured in February this year.

Zywa was founded by Alok Kumar (CEO) and Nuha Hashem (CTO) in 2021, inspired by their lived experiences in the gulf region, where they primarily used cash or their parents’ cards to make payments. They created Zywa as a social banking app and prepaid card to make it possible for the Gen Z (between the age of 11-25 years) to receive money, manage it, and make payments.

The app brings convenience to parents too as it enables them to send money to their children, and to monitor their spending and saving habits.

“Gen Zs in the UAE spend about AED 5B+ every year, and still rely on cash or their parents’ cards despite having options like supplementary cards issued by their parents’ banks. While these options give access to digital payments, they are not fundamentally designed for Gen Z, and this is where we add value,” Kumar, said in a statement.

“We are Gen Z building for Gen Z, and we aim to grow our product as they grow, to be the only financial services platform they will ever need…The seed fund will help us focus on product, growth and strategic partnerships to accelerate our efforts in the UAE and Egypt markets, while prepping us to launch in Saudi Arabia by early 2023,” said Kumar.

Parents too use the app to send money to their children, and to monitor their spending and saving habits. Image Credits: Zywa

The strategic partnerships Zywa is exploring, include working with schools to host workshops and hackathons to further expose it to its target clientele. It also plans on partnering with teen-led businesses to enable them sell on the app, in addition to discount partnerships with brands that are popular with Gen Z.

Zywa also plans to introduce a social element to its app by enabling its users to share photos or videos of their purchases, and to react to their friends’ purchases on different feeds.

The fintech is also adding community-based value-add services like a platform it is building within the app to enable users to apply for internships at Zywa and partner startups, as a strategy for encouraging users to start earning early. This is in addition to gamifying finance by rewarding those that save, budget and invest their money.

“Our reward system “Zems (Zywa gems) and Zyons (Zywa coins)” rewards users for healthy financial habits and are currently used as a loyalty mechanism. Once we reach a set volume of users (100,000+ users), we will tokenize the “Zems and Zyons”, which can be used for peer-to-peer transfers, to purchase items at their favorite stores and settle with merchants directly through the tokens, eliminating scheme involvement through a closed-loop system, thus adding additional revenue streams for us,” Hashem, told TechCrunch.

Zywa earns from card interchange revenue, and through merchant or brand partnerships.