What Democrats’ call for Social Security reform means for benefits 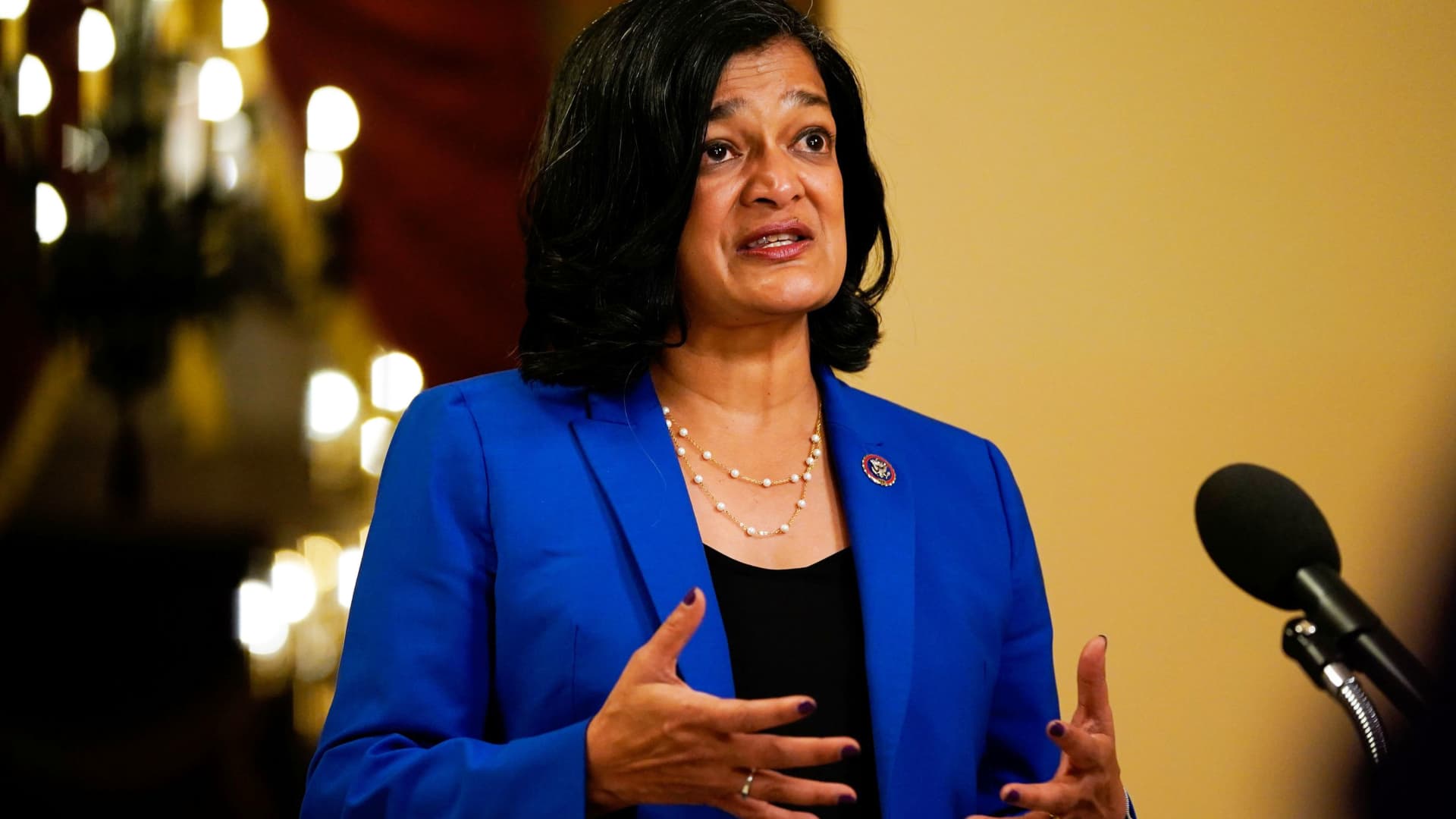 Rep. John Larson, D-Conn., and other lawmakers discuss the Social Security 2100 Act, which would include increased minimum benefits, on Capitol Hill on Oct. 26, 2021.

Social Security crossed a new milestone when it reached its 87th anniversary on Sunday.

The program was signed into law by President Franklin Delano Roosevelt on Aug. 14, 1935. Today it provides monthly checks to more than 65 million beneficiaries.

But it now faces a deadline after which the program will no longer be able to pay full benefits, if Congress does not act sooner.

In 2035, according to the program’s trustees, just 80% of benefits will be payable.

House Democrats John Larson of Connecticut and Pramila Jayapal of Washington teamed up on Monday to call to bring a bill to expand Social Security up for a vote this fall.

That proposal, called Social Security 2100: A Sacred Trust, would expand benefits, which has not been done in about 51 years, noted Larson, who proposed the bill and who serves as chair of the House Ways and Means Subcommittee on Social Security.

“It’s long overdue that we make sure that we’re enhancing a program that they need, especially during this pandemic,” Larson said of the program’s beneficiaries.

To be sure, benefits are adjusted for inflation with annual cost-of-living adjustments, while a wage-indexed method of computing benefits was introduced in the late 1970s.

Jayapal, who serves as chair of the progressive caucus, urged action as soon as next month.

“When Congress returns from recess in September, we need to bring this bill up in committee, and then send it to the floor for a vote,” Jayapal said.

How bill would expand retirement benefits

It calls for increasing all checks by about 2% of the average benefit. At the same time, it would also set the minimum benefit above the poverty line and tie it to current wage levels.

The measure for the annual cost-of-living adjustment would be changed with the goal of better keeping up with the costs retirees face.

Widows and widowers would also receive more generous benefits. It would repeal rules that reduce benefits for public workers, including the Windfall Elimination Provision and Government Pension Offset.

The bill also calls for providing caregiver credits to people who take time out of the workforce to care for children or other family members.

Benefits for students would be extended to age 26. Children who live with grandparents or other relatives would also have increased access to benefits.

The bill also calls for ending the five-month waiting period for disability benefits.

In order to pay for the benefit increases, the bill calls for reapplying the Social Security payroll tax on wages above $400,000, which would affect an estimated 0.4% of wage earners.

Bipartisan support may be hard to come by

Social Security 2100: A Sacred Trust currently has 202 Democratic co-sponsors in the House of Representatives.

It is one of several Democratic proposals that aim to tackle Social Security reform. While the proposals vary, each seeks to sweeten benefits while making the wealthy pay more into the program.

Moreover, a recent analysis from the Center on Budget and Policy Priorities points out many of the provisions to expand benefits in the current Social Security 2100 plan would only last five years.

While Democrats may negotiate the details of their proposals, they will also have to contend with Republicans who have expressed their opposition to expanding benefits and raising taxes.

Sen. Rick Scott, R-Fla., has received criticism for a proposal to sunset government programs such as Social Security and Medicare every five years. In a June Senate hearing, he denied any intention of cutting benefits.

Regardless, support from both parties will be needed to pass any changes to the program in both chambers. But it remains to be seen what fixes both sides can agree on.

“Any Social Security reform that may pass, that can be enacted, is going to be a compromise,” said Andrew Biggs, senior fellow at the American Enterprise institute who was nominated to the Social Security Advisory Board by President Joe Biden, in a recent CNBC.com interview.

Clarification: This story has been updated to clarify that Social Security benefits are adjusted for inflation with annual cost-of-living adjustments.