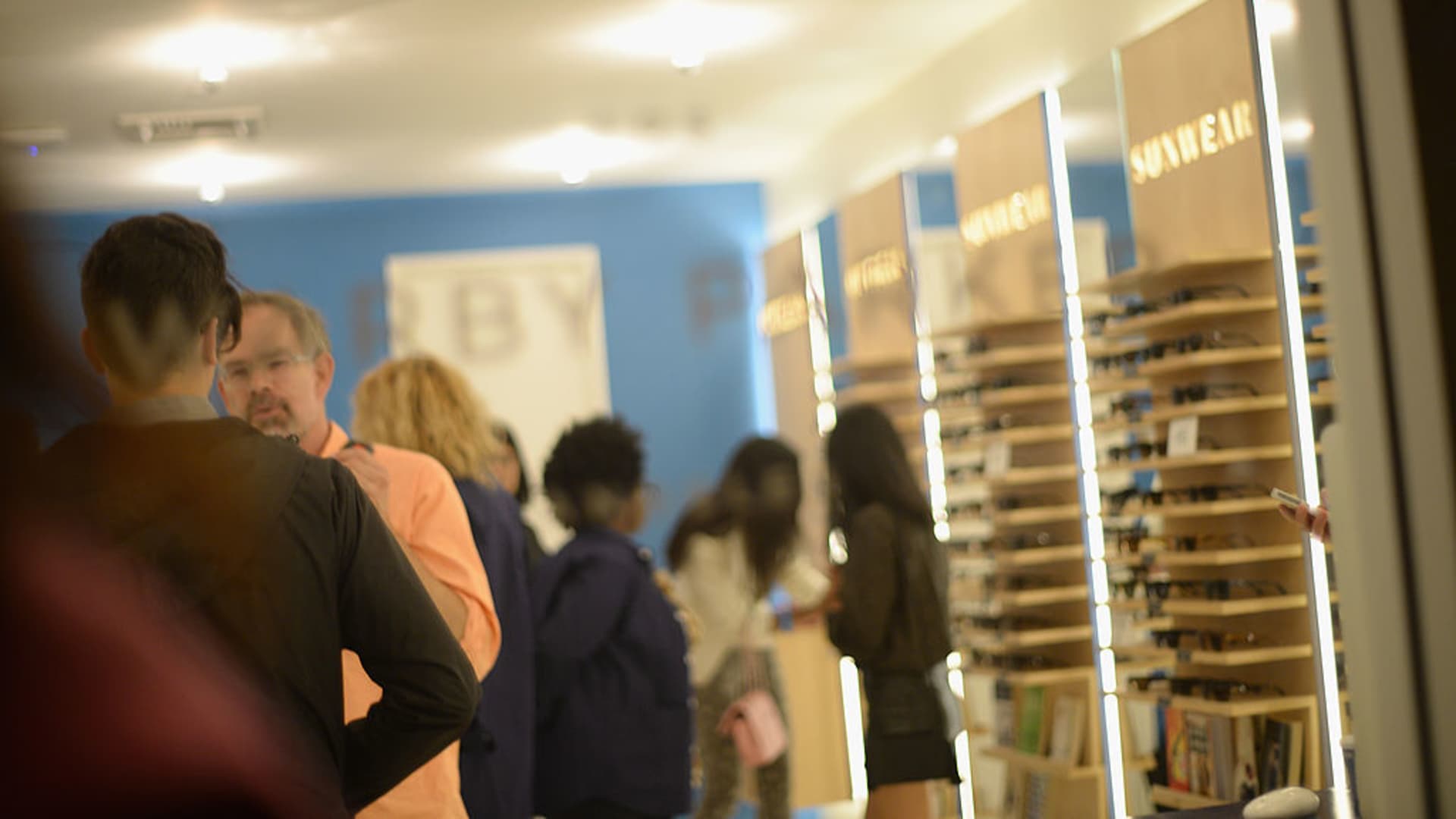 A general view of the atmosphere at Warby Parker’s store in The Standard, Hollywood

Warby Parker on Thursday joined the slew of retailers that have cut their financial forecasts for the year, even as it reported a narrower-than-expected loss in its fiscal second quarter and sales in-line with analysts’ estimates.

“We are taking a disciplined approach to managing costs to set us up for sustainable growth and profitability,” he said in a statement.

As part of its efforts to trim expenses, Warby has cut 63 jobs, representing about 2% of its total employee base and 15% of corporate positions, a spokesperson confirmed to CNBC.

In recent weeks, retailers including Walmart, Best Buy, Gap and Allbirds have lowered their expectations for sales or profits as they begin to see consumers cut back spending on discretionary items, such as apparel or electronics, amid soaring inflation. At the same time, though, luxury brands like Ralph Lauren and Versace owner Capri Holdings say people are still splurging on expensive shoes and handbags.

At Warby, customer demand started to fall off in the second half of May, executives told analysts on a conference call Thursday morning. The company also said it pulled back on marketing spending as fewer people visited its brick-and-mortar shops.

Still, the retailer’s shares rallied Thursday, closing up more than 19%. Investors cheered the cost-cutting efforts as Warby attempts to turn a profit while still in growth mode.

Here’s how Warby did in its fiscal second quarter ended June 30 compared with what analysts were anticipating, based on Refinitiv estimates:

Warby’s loss for the three-month period ended June 30 widened to $32.2 million, or 28 cents per share, from a loss of $18.8 million, or 35 cents a share, a year earlier. Excluding one-time items, it lost a penny a share.

The company said its count of active customers increased 8.7% to 2.26 million. It defines these customers as people who have made at least one purchase of any product or service from Warby in the previous 12-month period.

“While the losses are disappointing, they are somewhat understandable given that the company remains in expansion mode,” said Neil Saunders, managing director of GlobalData Retail.

However, Saunders said, the main concern is that the money spent needs to translate into delivering stronger returns.

It sees its adjusted EBITDA amounting to about $22 million to $26 million, including a $7.5 million hit related to pandemic-related disruptions to its business.

In its latest quarter, Warby said it opened nine stores, bringing its total count of physical locations to 178. The retailer, founded online in 2010, has been ramping up its investments in real estate to reach more customers and market its brand. It hopes to one day grow to more than 900 stores.

Beyond its glasses, Warby has a contact lens business and offers services in its stores for eye exams. The company has said that people who buy contacts from Warby end up spending more than those who only shop its eyewear.

Including Thursday’s gains, Warby shares have fallen more than 60% year to date.