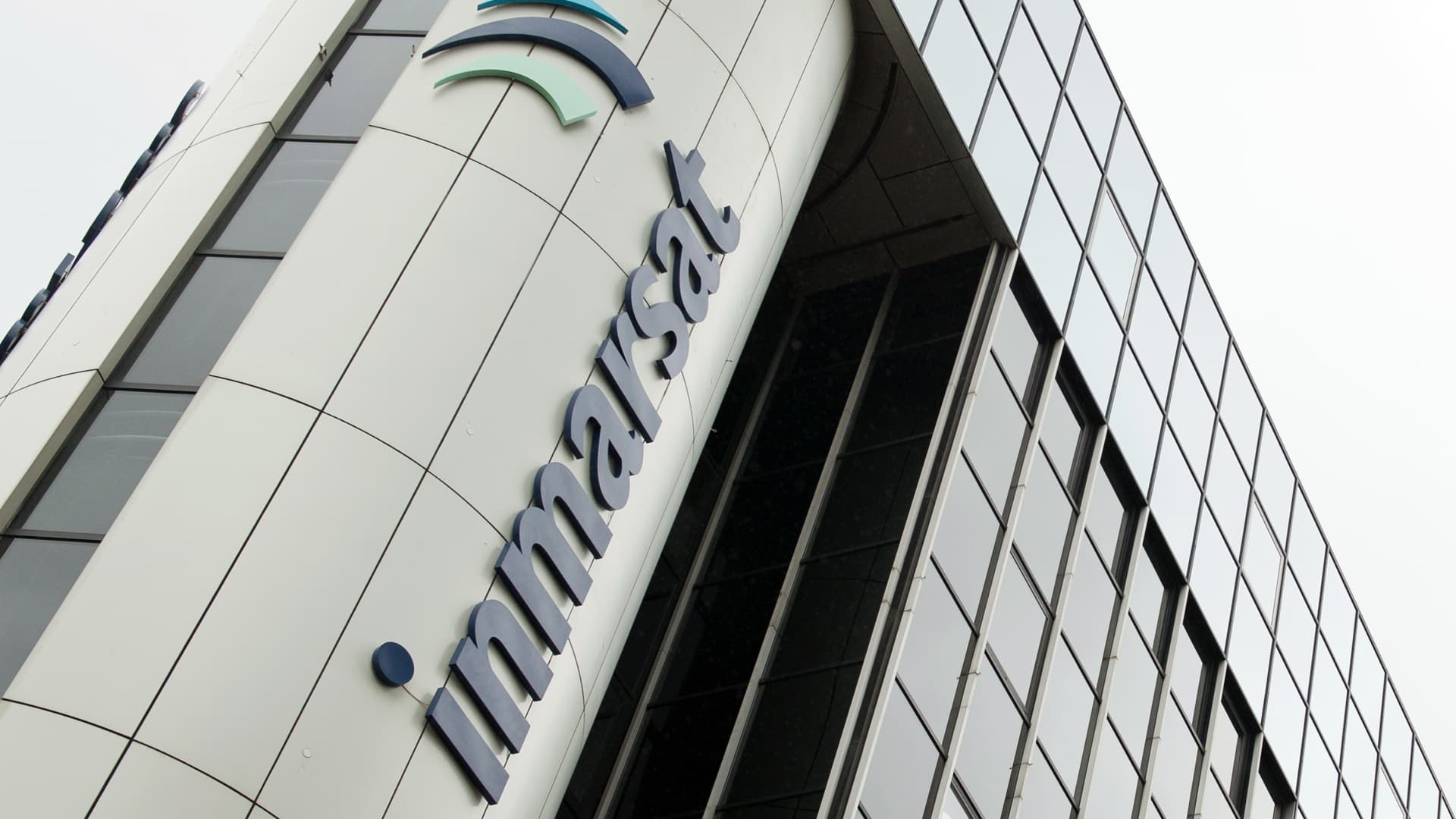 The offices of satellite operator Inmarsat in central London.

The Competition and Markets Authority on Friday referred the takeover for a so-called “Phase 2” competition investigation, concerned it would make it harder for competitors such as Elon Musk’s SpaceX, U.K. firm OneWeb and Canadian operator Telesat to do business with the aviation sector.

Specifically, the CMA is worried the deal would lead to higher prices for onboard Wi-Fi on plane flights.

The watchdog has said Viasat and Inmarsat “compete closely in the aviation sector, particularly for the supply of onboard wifi for passenger use.” While these in-flight connectivity (IFC) services are only offered by a handful of players currently, the market “is expected to grow significantly in coming years,” the CMA says.

Such a move “could face higher prices and be offered lower quality connectivity solutions, ultimately affecting the cost, quality and availability of services for airline passengers,” it added.

The regulator said its initial investigation found it can be very difficult for airlines to switch satellite providers once they have installed network equipment. The merger of Viasat and Inmarsat could therefore “lock in a large part of the customer base” before rival suppliers emerge.

Combined, Intelsat and rival Panasonic represent more than 75% of the long-haul IFC market, the regulator stated.

“This is an evolving market, but the merging companies are currently 2 of the key players – and it remains uncertain whether the next generation of satellite operators will be able to compete against them effectively,” said Colin Raftery, senior director of the CMA.

“Ultimately, airlines could be faced with a worse deal because of this merger, which could have knock-on effects for UK consumers as in-flight connectivity becomes more widespread.”

In a statement Friday, Viasat and Inmarsat said they were “confident that the transaction will increase the availability of more affordable, faster, and more reliable IFC [in-flight connectivity] globally to operators, airlines, and passengers.”

The two companies will “actively participate” in the CMA’s investigation and “determine and communicate any updated expectations for the deal closing as engagement with the CMA continues,” they said.

“There is good reason to expect that intensity to increase given the power of well-funded new companies entering the sector. In the face of these changing market dynamics, the UK has much to gain by the presence of a strong satellite communications company, positioned to strengthen the country’s position in the critical space sector, while supporting its national defence and growing jobs and investment.”

A range of companies from Elon Musk’s SpaceX to Amazon, which owns the Kuiper satellite constellation, are racing to launch satellites into space to beam internet to people in rural and hard-to-reach areas to connect to the internet. It has become a key focus for the U.K. government, which is invested in domestic satellite firm OneWeb.

But it is hard for companies to succeed in the market as it requires lots of capital and manpower. In 2020, OneWeb collapsed into bankruptcy after burning through billions of dollars in investors including Japan’s SoftBank. The company was rescued later that year with the help of the U.K. government, which kicked in $500 million as part of a bailout package.

Britain and the European Union have also become more aggressive in seeking to defend their “digital sovereignty” — the idea that countries shouldn’t lose control of strategic technologies such as semiconductors, artificial intelligence and cloud computing. In the U.K., a bill known as the National Security and Investment Act allows governments to intervene in foreign takeovers if they feel their is a national security risk.

American chipmaker Nvidia’s attempt to take over U.K. chip designer Arm unraveled after a national security review from the government and a federal lawsuit from the FCC. Meanwhile, the sale of Welsh semiconductor firm Newport Wafer Fab to a Chinese-owned company is the subject of a U.K. security probe.

In Viasat and Inmarsat’s case, the deal has already been approved on national security grounds in the U.K. and U.S.