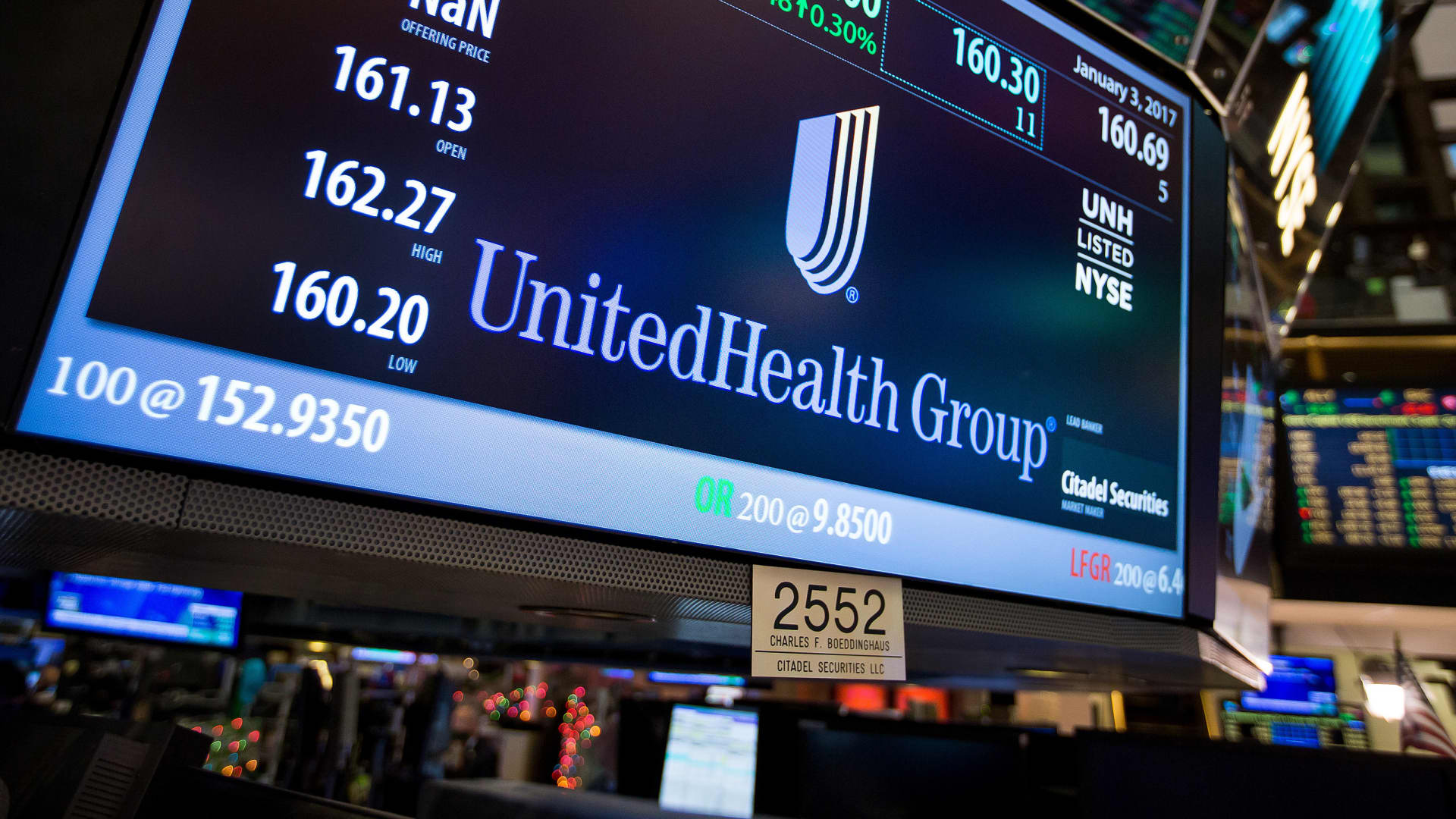 UnitedHealth (UNH) – The health insurer’s stock rose 1.7% in the premarket after its quarterly earnings and revenue beat forecasts, and it raised its full-year outlook. The company’s results were helped in part by a strong performance at its Optum health care services unit.

Wells Fargo (WFC) – The bank reported quarterly earnings of 74 cents per share, which included an 8-cent equity impairment charge, compared with a consensus estimate of 80 cents. Revenue fell short of Wall Street forecasts during the quarter. Wells Fargo’s profit fell from a year ago as it set aside more money to cover possible bad loans, and the stock fell 1% in premarket trading.

Rio Tinto (RIO) – The mining company’s stock fell 1.7% in the premarket after it warned that labor shortages in Australia would impact its second-quarter earnings.

BlackRock (BLK) – The asset management firm earned an adjusted $7.36 per share for the second quarter, missing the consensus estimate of $7.90, with revenue also falling short of forecasts. Profit was down 30% from a year ago amid the global market turmoil that discouraged investors. BlackRock fell 1% in premarket trading.