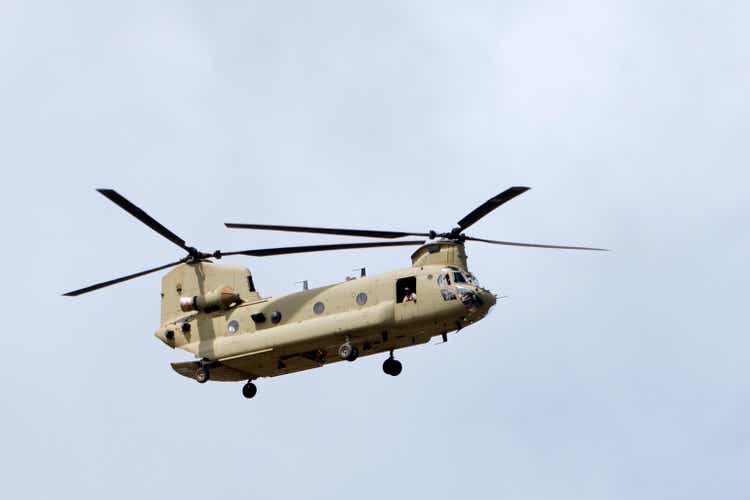 The U.S. Army has grounded its entire fleet of Chinook helicopters due to a risk of engine fires “out of an abundance of caution,” The Wall Street Journal reported Tuesday.

The grounding is targeted at certain helicopter models made by Boeing (NYSE:BA) with engines manufactured by Honeywell (NASDAQ:HON), according to the report.

Army officials said they were aware of a few engine fires involving the helicopters, resulting in no injuries or deaths, but were looking at more than 70 aircraft that contained a part that is suspected to be connected to the problem; the Army’s Chinook fleet totals ~400 helicopters.

An Army spokesperson said the service has identified the root cause of fuel leaks that caused “a small number of engine fires among an isolated number” of the helicopters.

Earlier on Tuesday, China Airlines reportedly said it will buy 16 Boeing 787 Dreamliner planes, in a deal is valued at $4.6B at list prices.