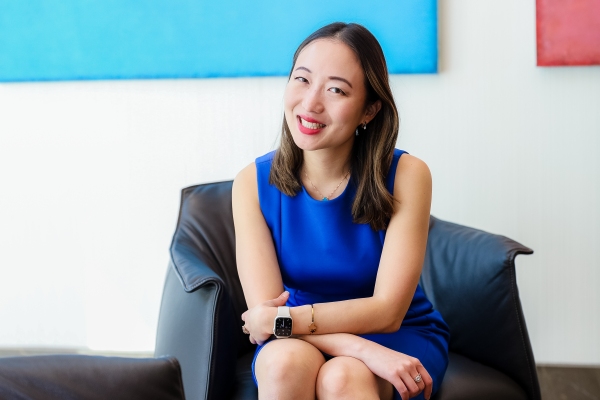 When Kristy Kim started TomoCredit in early 2019, she was on a mission to help international students more easily obtain credit.

Three and a half years later, that mission has evolved. TomoCredit, which aims to help young adults who are in good financial health but have no credit score, is no longer just focused on immigrants.

Today, Tomo is expanding its focus to a broader group of people in the United States who want “to build credit fast,” including domestic students and SMBs.

“As we are getting bigger, we are realizing that the target market we can address is way bigger than what we were expecting. We now know that the credit invisible goes way beyond immigrants,” CEO Kim told TechCrunch in an interview.

Tomo is different from many other credit offerings out there in that it doesn’t rely on FICO scores to underwrite. Rather, it applies a “proprietary” underwriting algorithm (Tomo Score) to identify “high potential borrowers” without a credit score. The TomoCredit card requires no credit check, no deposit, 0% APR and no fees. The fintech offers cardholders credit limits up to $30,000 based on their cash flow. It makes its money only off of interchange fees charged to merchants, not off consumers directly.

Sounds risky? Well, it is.

But Kim maintains that the company’s default rate — at 0.11% — doesn’t reflect that risk. (For context, American Express reports a 2.5% default rate.)

“Our customers spend thousands per month, way more than any other fintech customers,” she said. “We learned this by talking to other neobanks.”

“Our customers are not in financial trouble…Once you identify them, and give them a card, they spend a lot and don’t default. Our performance has been great and that gave us and our investors the confidence to scale.”

The raise follows a year in which the startup reports seeing 1,000% revenue growth, which Kim described as “mainly organic.” Tomo is on track to do another 1,000% year-over-year revenue growth, she said.

Kim declined to disclose how many cardholders Tomo has, but did say that it has received 2.5 million applications over time.

The fundraise, Kim notes, was a “locked deal” before the market turned and valuation was agreed upon earlier this year.

The company plans to apply its new capital to diversifying its product offerings, such as offering auto loans and mortgages. Yes, mortgages. Kim views the fact that the mortgage market is currently getting hammered as an opportunity.

“During the pandemic, we saw a big surge in applications. During a market downturn, we are seeing another peak of customers coming to us,” she told TechCrunch. “During times of uncertainly, customers become more mindful of personal finances.”

Since inception, Tomo has operated with a lean mentality. Today, it has 50 employees. Part of its new capital will also go toward hiring more engineers and product folks, Kim said.

Interestingly, Morgan Stanley’s Next Level Fund and Mastercard participated in the “oversubscribed” equity portion of the financing, which included participation from GoldHouse, Asian Hustle network and Hyphen Capital. The debt was provided by Silicon Valley Bank.

“As a first-generation South Korean immigrant, I wanted to help immigrant communities to reach their American Dream faster with TomoCredit,” Kim said. “It has been wonderful to partner with minority-focused funds who truly understand Tomo’s mission.”

Alice Vilma is co-portfolio manager of Morgan Stanley’s Next Level Fund that primarily invests in early-stage tech and tech-enabled companies with women or diverse mangers as part of their founding teams. She said she was drawn to back TomoCredit because she was impressed with Kim’s ability to identify a problem as a young female product and turn it into a new financial product.

“She understands what customers like her want and need from the financial service industry,” Vilma wrote via e-mail. “We are excited to be a part of TomoCredit’s journey as it works to is working to democratize access to credit and build a more inclusive credit landscape.”