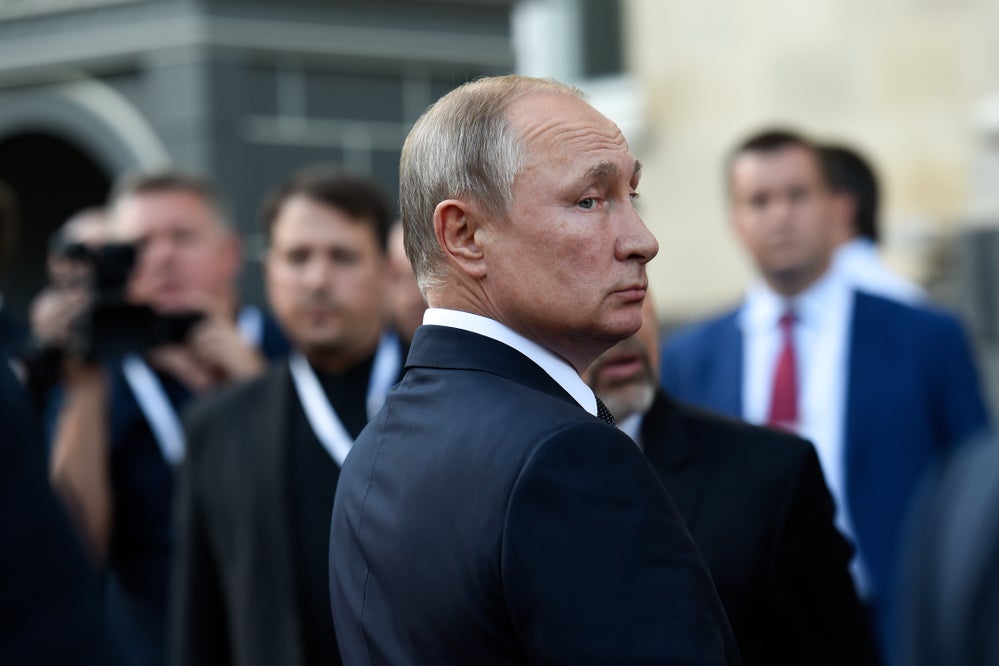 Russian YouTuber Roman Albertovich Abalin, known as NFKRZ on the platform, pointed out a particular propaganda advertisement from Putin’s 2018 re-election campaign that has come true in 2022 in a rather ironic fashion.

Abalin shared an advertisement from that year featuring a harried middle-aged man who is suffering the consequences of not voting in the 2018 Russian presidential election.

In one of the scenes from the ad, the man answers the door to “General” Bioko who is accompanied by two soldiers. The general informs the man that they are there to take him to the army.

The man answers “What army? I’m 52 years old.” The General in the advert then informs him that the “conscription age has been raised to 60 years old” by the president.

Abalin said “this is poetry,” referring to how the ad looks in hindsight.

The YouTuber didn’t immediately respond to Benzinga’s request for comment on the video and the situation in Russia.

In September, Putin announced partial mobilization in Russia as the war with Ukraine continues to rage on for more than half a year.

It was reported last week that to get men for the country’s war effort, Russian officials have taken to abducting men from public places without formal training.

Read Next: Putin Suffering Major Losses In Southern Regions, Says Ukrainian Official: ‘Rate Is About 1 To 6.5’