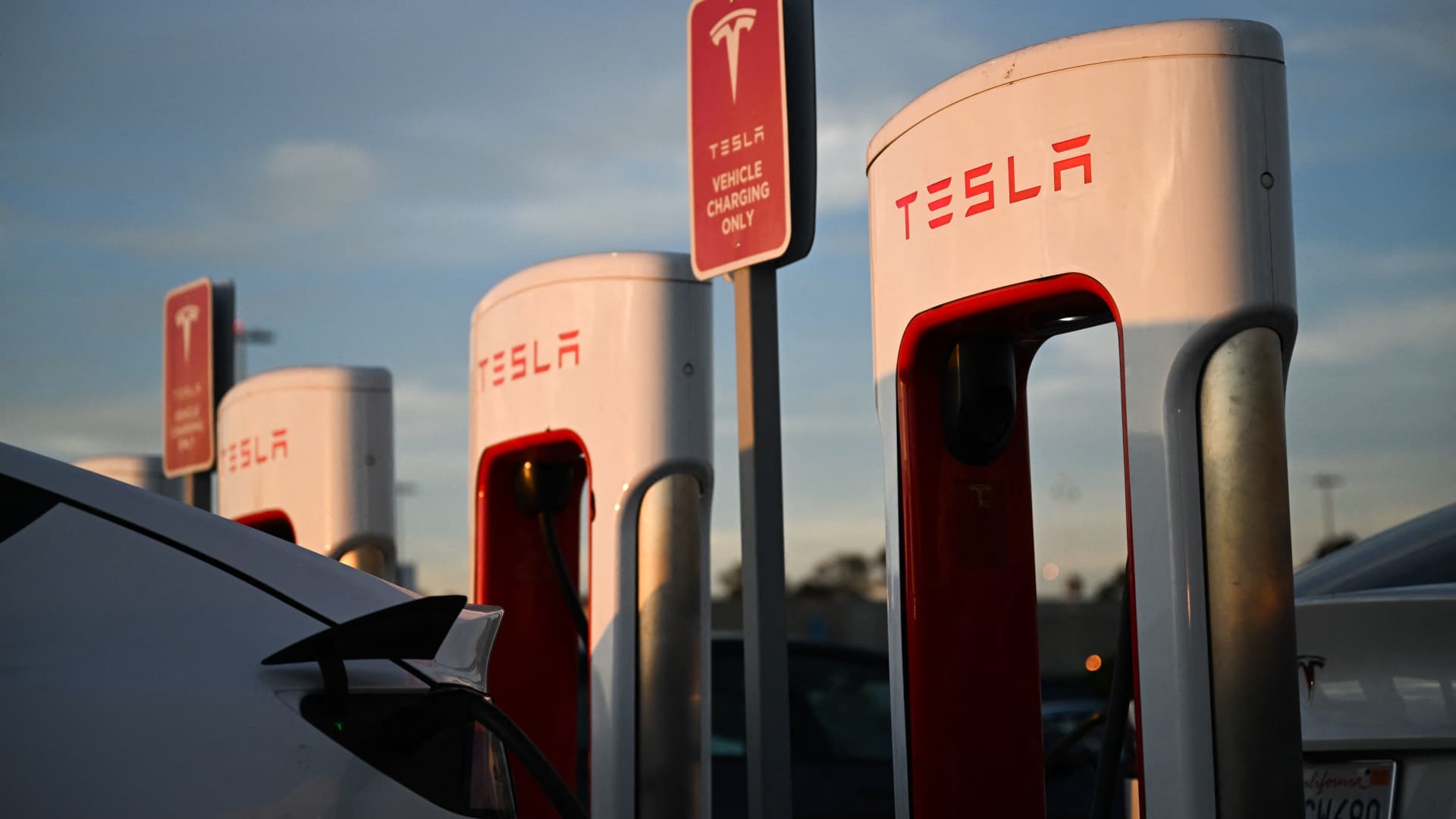 A Tesla electric vehicle at a supercharger station in Hawthorne, California, on Aug. 9, 2022.

President Joe Biden signed the bill in August after it was passed by both chambers of Congress. It includes climate-related incentives, like an up to $7,500 tax credit for consumers who purchase an electric vehicle. To be eligible for the credit, the car’s battery must meet a minimum threshold of parts sourced from the U.S. or countries with which it has a free trade agreement.

The passage of the Inflation Reduction Act, a more than $430 billion health, tax and climate package, is “a significant boost towards accelerating our mission,” Tesla CFO Zachary Kirkhorn told analysts during the company’s Q3 earnings call.

Kirkhorn added that it would also result in “scaling the battery supply chain at large in the United States,” though he said the eligibility criteria for the credit won’t be fully clear until the Treasury Department publishes guidance, likely by the end of the year.

“We believe Tesla is very well-positioned to capture a significant share of that for solar storage and also electric vehicles,” Kirkhorn said.

Shares of Tesla stock were down about 6% during premarket trading Thursday after falling short of analysts’ revenue expectations for the quarter.

“We’re going to go basically pedals to metal as fast as humanly possible to get to 1,000 gigawatt hours a year of production in the U.S. vertically integrated,” Musk said.

WATCH: What it takes to run an electric vehicle repair shop