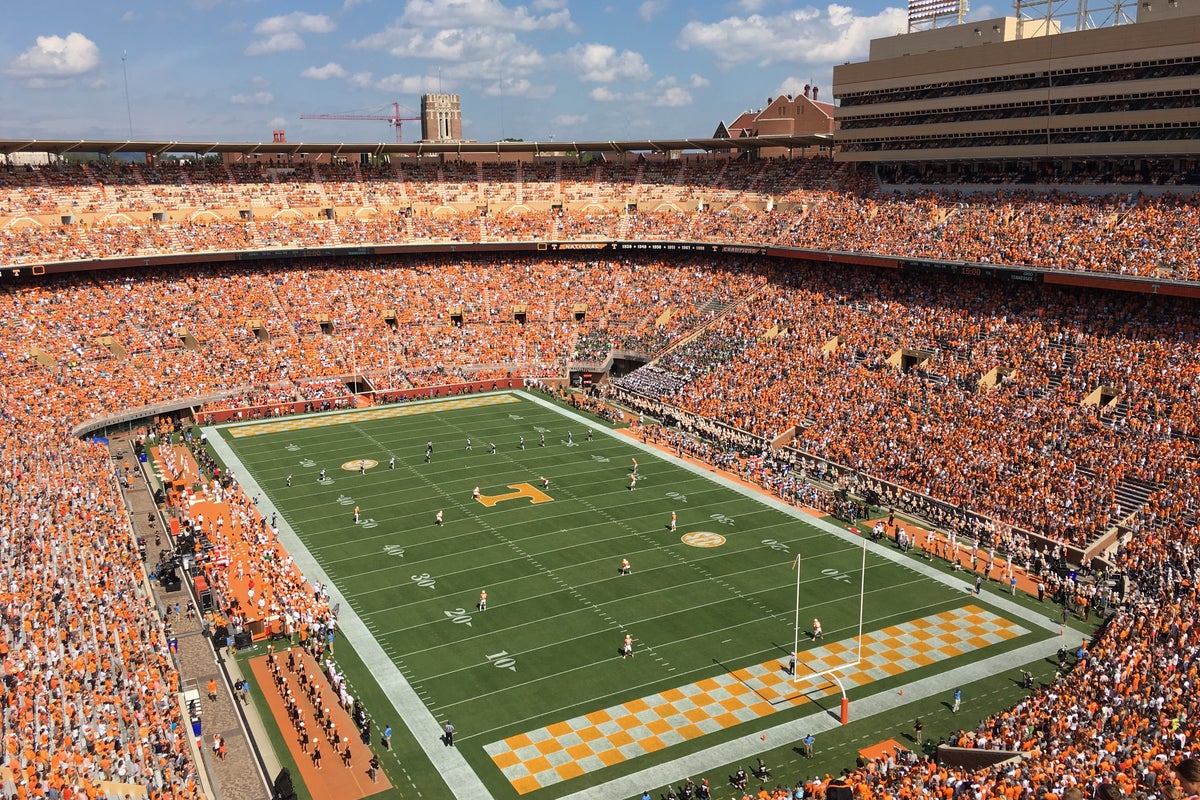 A battle of unbeaten college football teams on Saturday saw the underdog win and break a streak of 15 straight losses to its rival. The win resulted in fans storming the field and taking some unique souvenirs that the school raised money to replace.

What Happened: The University of Tennessee football team and the University of Alabama both entered Saturday’s contest unbeaten and ranked sixth and third in the AP Top 25 poll, respectively.

Tennessee defeated Alabama 52-49 in a game that aired on CBS, a unit of Paramount Global PARAPARAA. The win was the first time that Tennessee had beaten Alabama since 2006 in the annual game.

The game could have big impact on the College Football Playoffs as well. Tennessee moved up to number three in the latest AP poll and Alabama dropped to sixth place, ranking as the top one-loss team.

Given the nature of the win and the fact that the game was home and Tennessee hadn’t beaten Alabama since 2006, fans in attendance wanted to celebrate.

The fans rushed the field to celebrate after the game and also tore out the goal posts, a move that will cost Tennessee to replace as pieces of at least one goal post ended up thrown in the Tennessee River.

Tennessee took to Twitter to ask for donations to help fund the costs of the goalpost.

“Y’all remember how we tore the goalposts down, hauled em out of Neyland and dumped em in the Tennessee River? Yeah that was awesome. Anywho, turns out that in order to play next week’s game, we need goalposts on our field. Could y’all help us out?” the university tweeted with a praying hands emoji.

A link shared took fans to a page asking for donations of $150,000 to “help pay the tab for our new goalposts.”

Why It’s Important: Some were quick to point out on Twitter that the University of Tennessee has billions of dollars and generates a substantial amount of money from athletics.

“The University of Tennessee — a school with a $1.34 billion endowment and $150 million in annual athletic revenue — setting up a GoFundMe for fans to buy them new goalposts is one of the funniest things I’ve ever seen,” Joe Pompliano tweeted.

Others shared a video of Tennessee school President Randy Boyd smoking a victory cigar and not caring about the goalposts being taken.

“It doesn’t matter. We’re doing this every year,” Boyd told someone asking how much the goal posts being taken down were going to cost.

Tennessee now has momentum in its football season with a 6-0 record and knocking off a top-three opponent and big rival.

On DraftKings Inc DKNG, Tennessee is now the fifth biggest favorite to win the NCAA Football Championship game with odds of +1600. Georgia (+180) and Ohio State (+180) are the co-favorites to win the title. Despite being beaten by Tennessee, Alabama is third in the betting odds at +450 followed by Clemson at +1000. The University of Michigan also has odds of +1600.