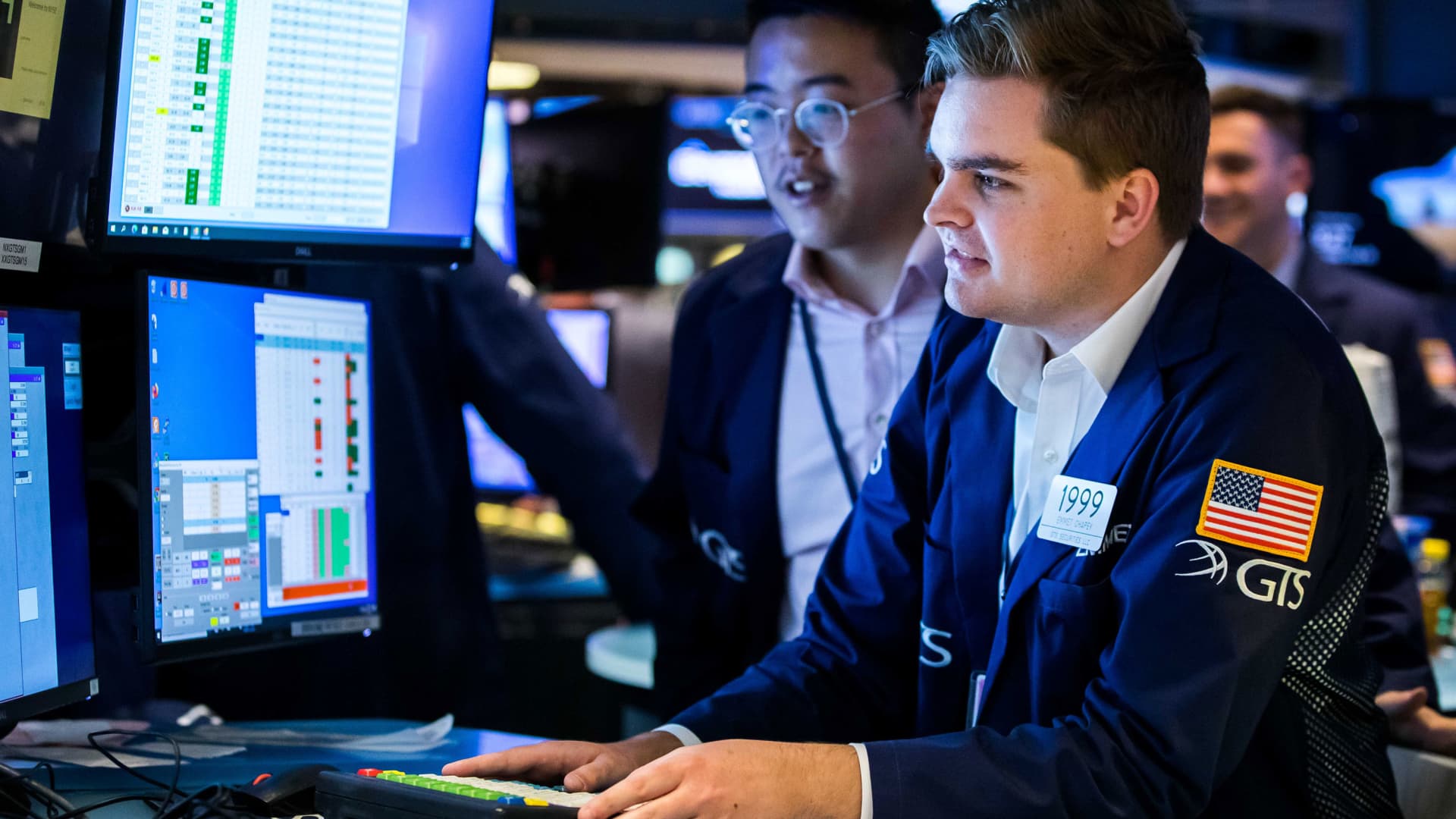 A late Monday announcement from Walmart, which cut its quarterly and full-year profit estimates because of rising food inflation, alarmed investors who deliberated the implications for other retail stocks. The big-box retailer said higher prices are spurring consumers to pull back on general merchandise spending, particularly in apparel.

Walmart plunged nearly 9% in extended trading, and dragged other retailers with it. Target dropped 5% and Amazon fell 4%. Macy’s and Dollar General each declined 3%, while Costco shed 2%.

“Clearly, they have the wrong stuff, and they have to sell it more aggressively to clear that out, which looks like it’s going to take a pretty dramatic hit as a result of that,” Jeremy Bryan, senior portfolio manager at Gradient Investments, said during CNBC’s “Closing Bell: Overtime.”

“The question is, how does this relate to the rest of the discretionary space?” Bryan added.

Stocks during Monday’s session traded in a narrow range, with the S&P 500 adding 0.1%. The Dow Jones Industrial Average climbed 90.75 points, or 0.3%. The tech-heavy Nasdaq Composite lagged, sliding 0.4%. All of the major averages are on track for their best month of the year.

Traders are bracing for an onslaught of mega-cap tech earnings and economic data this week, as well as the outcome of the Federal Reserve meeting, that will help Wall Street direct its expectations for the rest of the year.

“I think that there’s going to be a bifurcated market,” VantageRock Capital’s Avery Sheffield said during CNBC’s “Closing Bell: Overtime.” “I think the bottom might be in certain stocks, but nowhere in others. So this actually could be one of the most dynamic earnings seasons we’ve seen in a long time.”

On Tuesday, the Federal Reserve will commence its two-day policy meeting. Traders are widely expecting a three-quarter percentage point hike.

Coca-Cola, McDonald’s and General Motors are set to report earnings Tuesday before the bell. Alphabet, Microsoft, Chipotle Mexican Grill, UPS and Enphase Energy will report after the bell.

On the economic front, traders are expecting the latest reading of the Case-Shiller Home Price Index at 9 a.m. ET. The consumer confidence report and new home sales data are due out at 10 a.m. ET.