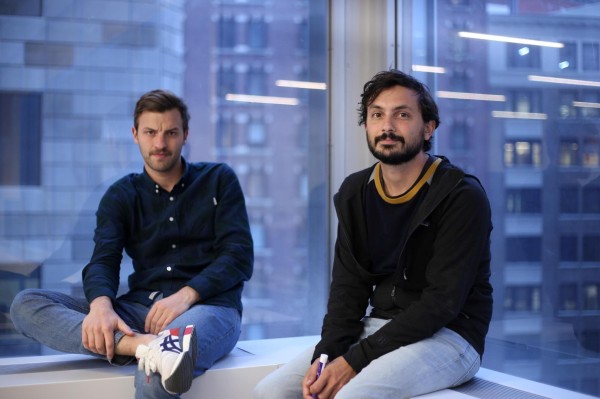 Multi-asset social investment network and Robinhood competitor eToro has signed a definitive agreement to acquire Gatsby — a fintech startup which also aimed to go head to head against Robinhood — for $50 million in a cash and common stock deal.

Israel-based eToro told TechCrunch this week that it just received approval from FINRA, the Financial Industry Regulatory Authority, to move forward with the acquisition. The company first filed for regulatory approval in December of 2021.

Jeff Myers and Ryan Belanger-Saleh co-founded Gatsby, a commission-free options and stock-trading app aimed at younger traders, in 2018. The pair had one previous successful exit in Dealtable.com, a social data room platform.

Gatsby’s target customers are Gen Zers and millennials, and it told me that it aimed to give people “a safe and fair platform to trade on without users having to worry about getting in over their heads or being shut out of names when volatility spikes.” Its app launched into iOS and Android in early 2020.

The company’s entire 20-person team will be joining eToro.

Yoni Assia, eToro CEO and co-founder, told TechCrunch that the buy would allow his company to broaden the range of its U.S. product, which today is focused on stocks and crypto.

“The integration of Gatsby will allow us to provide U.S. users with a safe and simple way to trade options, and give them more flexibility to use new strategies,” Assia said. “We believe that options can offer retail investors opportunities to generate returns in today’s more challenging market environment. Scaling our U.S. business is a key goal and we are excited to be partnering with the Gatsby team.”

The exit certainly appears to be a good result for Gatsby and its investors.

Gatsby co-founder Jeff Myers told TechCrunch that the startup wasn’t “planning to end the Gatsby story quite yet.”

“But the product and vision fit between Gatsby and eToro was undeniable,” he said. “We’ve long admired Yoni and the team he’s built and are very excited to continue our journey together with eToro.”

“They’ve really been the pioneers of social investing and we’ve always thought of them as the cool older sibling we’d love to hang with,” he said in a written statement.

For its part, Gatsby says it has seen roughly 900% growth in its average month over month options contract volumes since the beginning of 2020.

“Due to the current market conditions, we’re staying private,” Assia told TechCrunch. “We continue to view becoming a public company as part of eToro’s future and will wait for the right opportunity to take this next step.”

M&As in the fintech world have been on the decline, so the eToro/Gatsby deal is a bright spot in a year full of ups and downs.

Meanwhile, Robinhood’s stock has taken a beating as of late and the company has laid off about 1,000 people since the start of the year. At the time of publication, the company was trading at around $10.90 after hours, significantly lower than its 52-week high of $52.06.