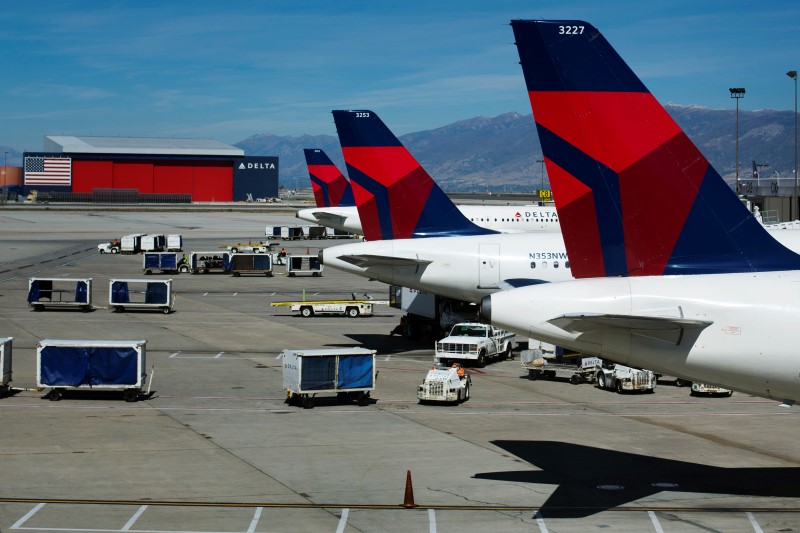 Even as ticket sales remain strong, investors worry about consumer spending should the economy slip into recession. They fear carriers might be forced to borrow even more money to fund operations and further delay returning cash through share buybacks or dividends.

Some have stayed away from investing in the industry despite a rebound from the pandemic-induced slump, believing carriers do not have enough tools to offset cost pressures.

“Airline investors would be better off if the Wright Brothers’ plane crashed and burned,” said Act Two Investors Chairman Jeffrey Scharf, who follows the sector but does not currently own stocks in it.

“I can’t think of a worse business – high fixed costs, commodity product, worsening service, alienated customers sick of being nickeled and dimed for every amenity.”

For the traveling public, it could mean fewer and packed planes as airlines drive up revenue through higher ticket prices.

Reducing debt is a priority for an industry that went on a borrowing binge to survive the pandemic. The big three national carriers – American, United and Delta Airlines (NYSE:) – had $85 billion in net long-term debt at the end of the second quarter. (Graphic: https://tmsnrt.rs/3Rt2qpp)

Airlines need strong and sustained profits to reduce those debt loads, but rising fuel and labor costs are making that difficult, analysts say.

United Airlines’ wage and fuel expense as a percentage of revenue is up by 10 points this year versus 2019. In the first six months of 2022, the company spent 59% of its revenue on wage and fuel bills. American Airlines (NASDAQ:) has had similar increases.

“These carriers have multi-year balance sheet repairs ahead of them,” said aviation analyst Robert Mann. “Job No. 1 is going to be using free cash flow to pay down those increased debt levels.”

Mesa Air Group (NASDAQ:), which operates flights for American and United, last month raised pilot salaries by as much as 172%.

That came days after CommutAir, a regional carrier partially owned by United, increased pilot wages by up to 40%. The increases were in response to American’s decision in June to raise pilot salaries at regional affiliates by as much as 87%.(Graphic: https://tmsnrt.rs/3D18lOj)

The wage hikes have cost implications for the whole industry as it pressures rivals to offer similar increases.

National carriers are also expected to feel the pinch as regional partners look to pass along increased costs. Raymond James analysts estimate pay raises at regional airlines could increase non-fuel operating costs at national carriers by up to 3.3 percentage points.

United is renegotiating with its pilot union after some pilots expressed reservations with the last agreement that included a double-digit pay hike.

American’s offer for pay increases of about 17% as well as higher per diem and training pay through 2024 – estimated to cost the company more than $2 billion – has failed to find favor with pilots.

Labor costs were the industry’s biggest operating expense last year at about 35%. That figure is only down this year due to a run-up in fuel costs, but the hiring push is expected to inflate wage bills.

Meanwhile, costs are expected to remain high. United has projected a 2022 fuel bill $9 billion higher than in 2019.

Airlines have been relying on strong consumer demand and higher fares to mitigate inflationary pressure.

Investors are not sure carriers will have the same pricing power should consumer demand slow. And corporate travel – the industry’s cash cow – has yet to recover to pre-pandemic levels.

American and United on Wednesday played down demand concerns, saying there has been no slowdown in post-summer travel bookings.

American said it has surplus cash it plans to use for paying off debt. However, it is holding that cash due to economic uncertainty.

Investors also want the return of share buybacks and dividends. As part of the federal COVID-19 relief package, airlines have been prohibited from buying back their shares. That ban is set to expire this month.

Non-fuel cost pressures are expected to ease once carriers begin operating as many flights as they did before the pandemic.

Most airlines are planning to ramp up capacity next year. But Michael Wall, portfolio manager at investment management firm Westwood Group, warned that could backfire in a recession.

“Once the demand goes away, their pricing power goes away,” he said.