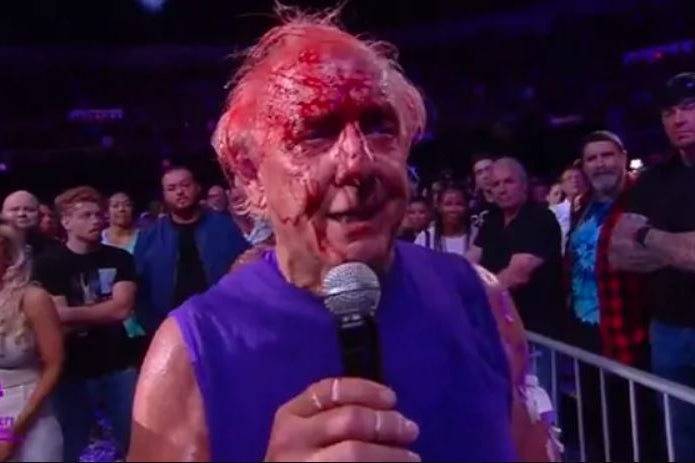 Retired professional wrestler Ric Flair uses cannabis for recovery and relaxation in place of prescription drugs and alcohol. But that hasn’t always been the case.

At the Benzinga Cannabis Capital Conference in Miami Beach, in April, Flair said he often used alcohol to calm down following professional wrestling events during his 40-year career. Flair now considers himself a cannabis enthusiast and advocate, aiming to educate others on cannabis so they can make the transition sooner than he did.

Soon the champion went from cannabis user to cannabis entrepreneur, thanks to an agreement with Mike Tyson’s cannabis company, Tyson 2.0. In March, the company announced the acquisition of a majority stake in Ric Flair Drip, Inc. — the 16-time World Heavyweight Wrestling Champion’s business entity— with the aim of launching a second celebrity cannabis line in its portfolio and furthering its house of brands strategy.

Flair’s passion for cannabis will be on full display at Benzinga’s Cannabis Capital Conference in Chicago on September 13, 14, at the Palmer House Hotel. Come meet Rick Flair in person, find your tickets HERE and place your hotel reservation in advance HERE.

“Now when I go upstairs and go to bed at night, I’m not eating a Xanax … I’m eating a chewy,” Flair said.

And if fact, the case of Flair is not an outlier. Athletes from all disciplines are resorting to cannabis to alleviate pain, reduce anxiety and induce sleep. Cannabis could have contributed to the performance of Flair during an event, titled Ric Flair’s Last Match, in which the Nature Boy took the ring one last time on Sunday night, at Nashville Municipal Auditorium in Tennessee, reported marca.com

Flair won in a tag-team clash that saw him partner with his son-in-law, All Elite Wrestling star Andrade El Idolo, against Jeff Jarrett and Jay Lethal.

The all-time champion now uses cannabis on a regular basis. Could the herb have contributed to his victory in TN?

Flair sees cannabis use as a necessary part of a young wrestler’s routine. “The [WWE] athletes pay fines repeatedly because it is necessary,” Flair said. “It is a healthier way to fall asleep at night, to take the edge off.”

Flair has become a pop icon, recently appearing on a Bad Bunny music video inspired by the wrestling legend himself.

Flair’s passion for cannabis will be on full display at Benzinga’s Cannabis Capital Conference in Chicago on September 13, 14, at the Palmer House Hotel. Come meet Rick Flair in person, find your tickets HERE and place your hotel reservation in advance HERE.