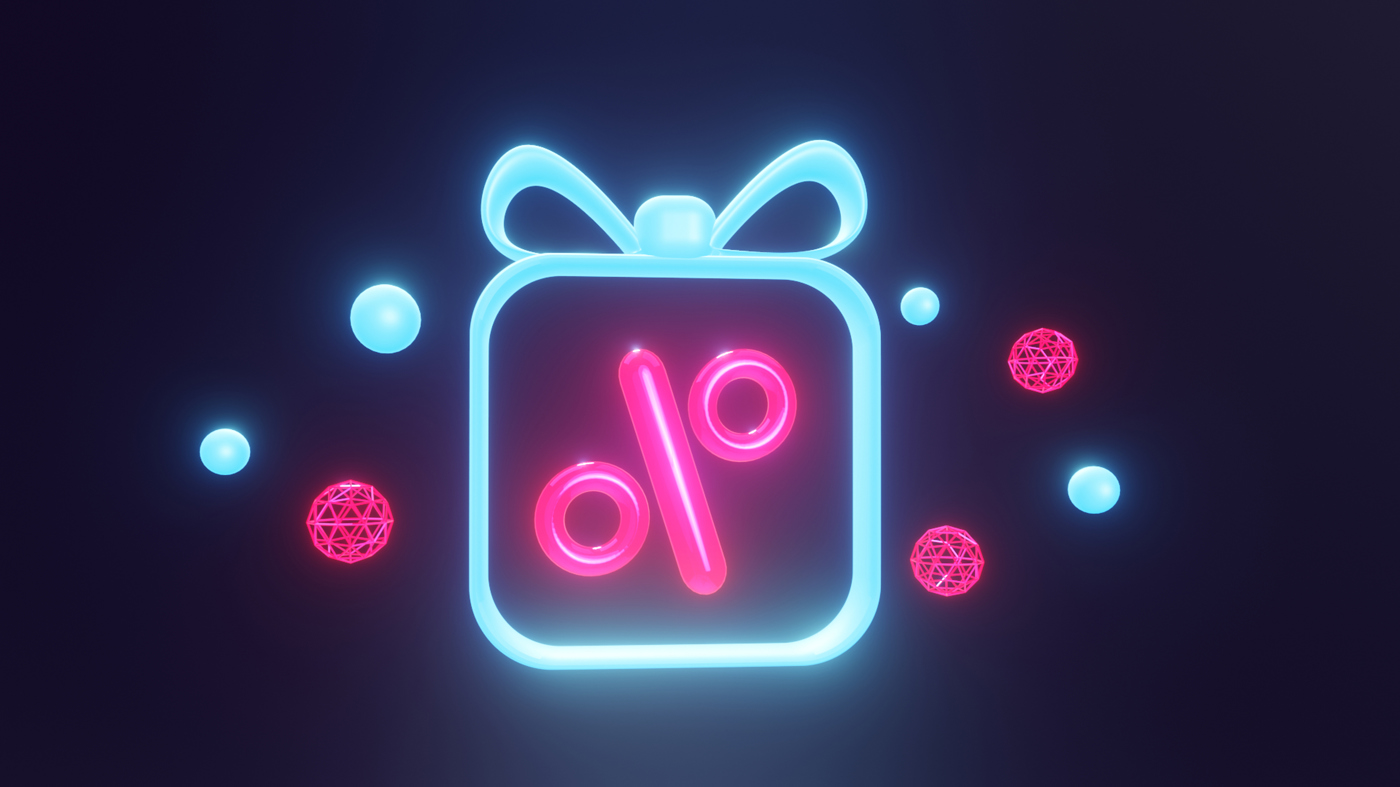 The retail sector is front and center this time of year

Subscribers to Chart of the Week received this commentary on Sunday, November 20.

The retail sector always has the floor around this time of the year. Between third-quarter earnings, Black Friday, and the holiday season, retail stock performance around this time of the year can tell you a lot about the macroeconomic environment. To unpack it all, we’re going to perform a quick a lightning round of retail sector developments we’re monitoring ahead of Thanksgiving week.

On Wednesday, retail sales for October climbed 1.3%, legging out the 1% estimate polled by Reuters economists. Coupled with the encouraging consumer product index (CPI) data from Tuesday and subsequently dovish comments from Federal Reserve Board Vice Chair Lael Brainard, a narrative was forming that as Americans increased their household purchases and prices went down, there could still be a ‘soft landing’ from the Federal Reserve.

St. Louis Fed President James Bullard threw cold water on that notion on Thursday, noting in a presentation that “the policy rate is not yet in a zone that may be considered sufficiently restrictive. To attain a sufficiently restrictive level, the policy rate will need to be increased further.” But your average American doesn’t follow the Fed’s every move, and if the average American is spending more this holiday season, then some retail stocks could come out on top, regardless of inflation.

For example, with gas prices remain elevated, does that have any impact on retail spending? Per the chart below curated by Schaeffer’s Senior Market Strategist Chris Prybal, crude prices and retail spending are going sharply in the opposite direction. No matter what the Fed says or the price at the pump, it seems Americans are still spending their hard-earned cash. That’s something to monitor ahead of the holiday season.

Last Wednesday, retail giant Target (TGT) gapped lower by 13.1%, after the company’s earnings miss, trimmed guidance, and announcement of cost-cutting measures. This was the report that seemingly got the most headlines and handwringing, especially after the 16 price-target cuts to TGT from the brokerage community. To add insult to injury, Kohl’s less-than-stellar report came out the same day, adding to the dreariness of the sector.

However, there were a host of other upbeat reports – and subsequent analyst reactions — that should give investors more optimistic insight into the overall health of the retail sector. Lowe’s (LOW) added 3% post-earnings, after reporting an earnings triple play. Macy’s (M) raised its full-year guidance. On Tuesday, Walmart (WMT) paced the Dow with a 6.5% win on the backs of raised sales and profit forecasts. The report was so impactful it helped fellow blue chip retailer Home Depot (HD) finish the day in the black despite the company’s own lackluster report, which saw its annual forecasts unchanged even as quarterly results topped Wall Street estimates. Discount retailer TJX Companies (TJX) was a sneaky winner as well.

As of this writing on Friday, Gap (GPS) and Foot Locker (FL) are making outsized moves higher after their own respective beat-and-raises. The table below really crystalizes the extent to which analysts cheered the majority of the upbeat reports with bull notes, which in turn probably fueled additional gains for the equities. Is there a common thread to all of these upbeat reports? Not necessarily, but many companies, per The Morning Brief, shifted their strategy to be more discount focused. That may seem insanely obvious – consumers like items on sale! – but the green items below show that any company nimble enough to clear out inventory gluts with scores of deals seems well-equipped to ride out cooling inflation, no matter what the Fed’s mood is. 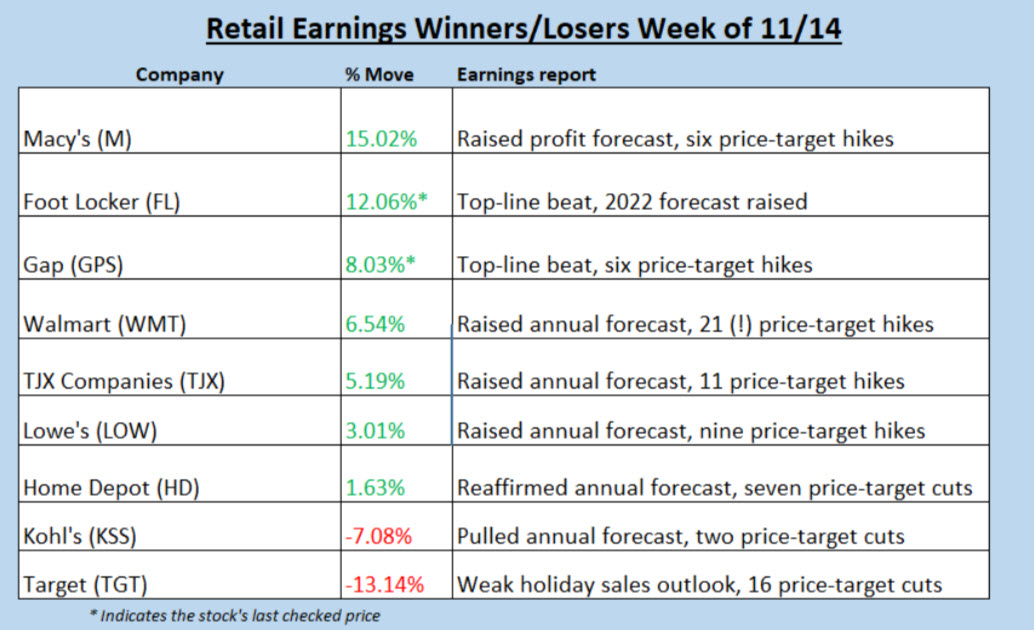 Next week is Black Friday, but also be on the lookout for corporate reports from the likes of Dick’s Sporting Goods (DKS), Nordstrom (JWN), Abercrombie & Fitch (ANF), Dollar Tree (DLTR), Best Buy (BBY), and American Eagle Outfitters (AEO) all of which report before Thanksgiving. Any company that steers into the trend of the thrifty consumer could steer their stock into a very happy holiday.