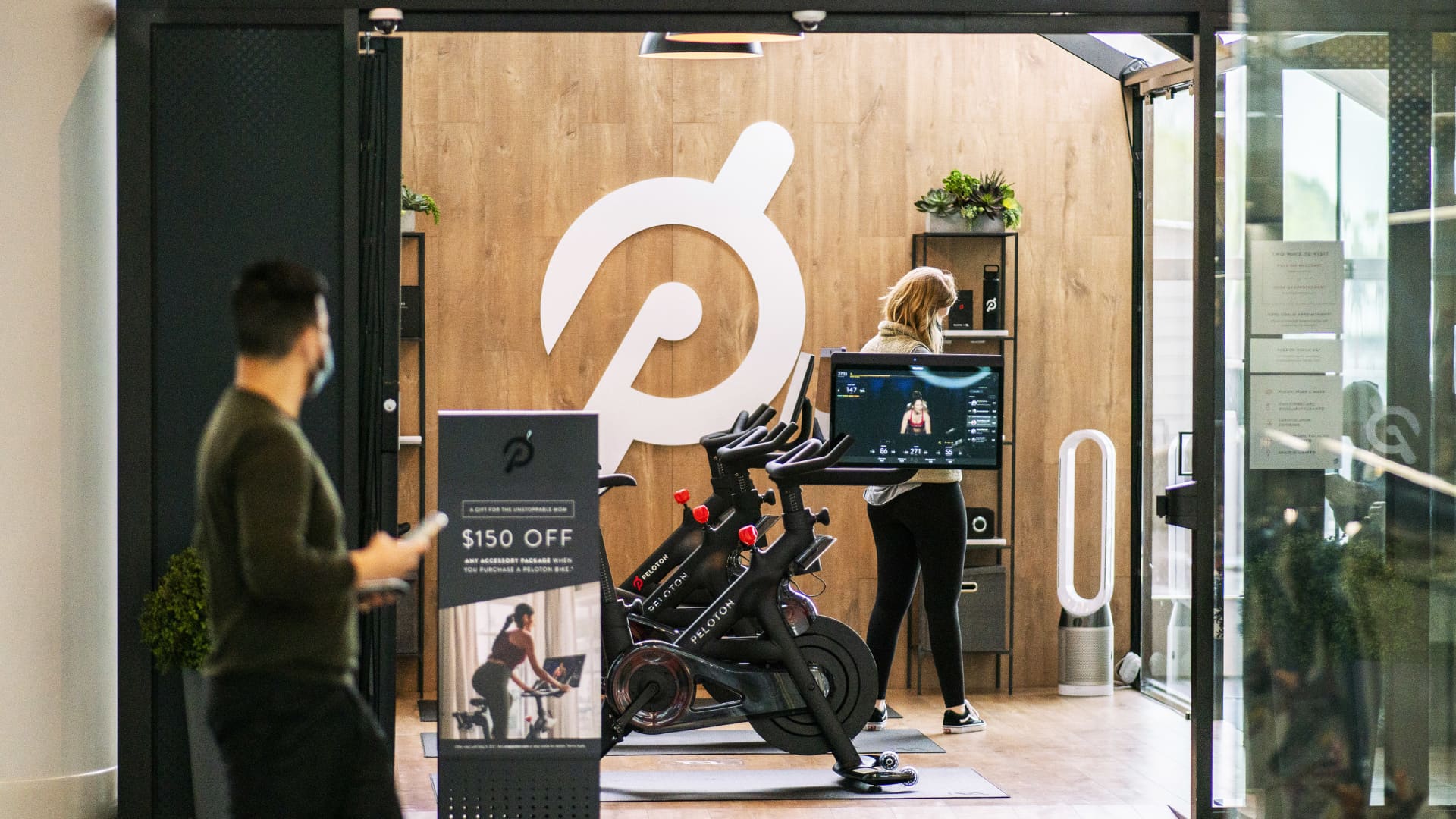 Peloton – Shares jumped 20.36% after news that Peloton struck a deal to sell some of its fitness equipment and accessories on Amazon’s U.S. e-commerce site. The move is an attempt to broaden Peloton’s consumer base after revenue growth slowed from pandemic highs. The stock is down more than 60% year-to-date.

Toll Brothers – Shares of the luxury home builder rose 1.29% despite a revenue miss in the recent quarter and a cut to its delivery guidance amid supply chain disruptions and labor issues. Toll Brothers topped earnings expectations by 5 cents a share.

Nordstrom – Nordstrom tumbled 19.96% after cutting its financial forecast for the rest of the year, citing too much inventory and slipping demand. The company reported results Tuesday that beat on earnings and sales in the quarter.

Petco – Shares of Petco fell more than 8.84% after the company reported quarterly earnings that disappointed on the top and bottom lines. The company also slashed its full-year outlook, citing higher costs ahead.

JD.com – Shares of the Chinese retail giant rose 3.92% on Wednesday. Chinese tech stocks were rising in general, with the KraneShares CSI China Internet ETF climbing just shy of 2%. According to FactSet, JD.com was also upgraded to buy at Everbright Securities.

Pinduoduo – Shares of the Chinese online retailer jumped 5.35% following reports earlier this week that it would enter the U.S. market. It’s the retailer’s first international expansion.

SoFi Technologies – Shares of the online personal finance company jumped 4.54% after the Biden administration provided clarity on student loan forgiveness. The president announced that he will forgive $10,000 in federal student debt for most borrowers and payments will be resumed in January 2023.