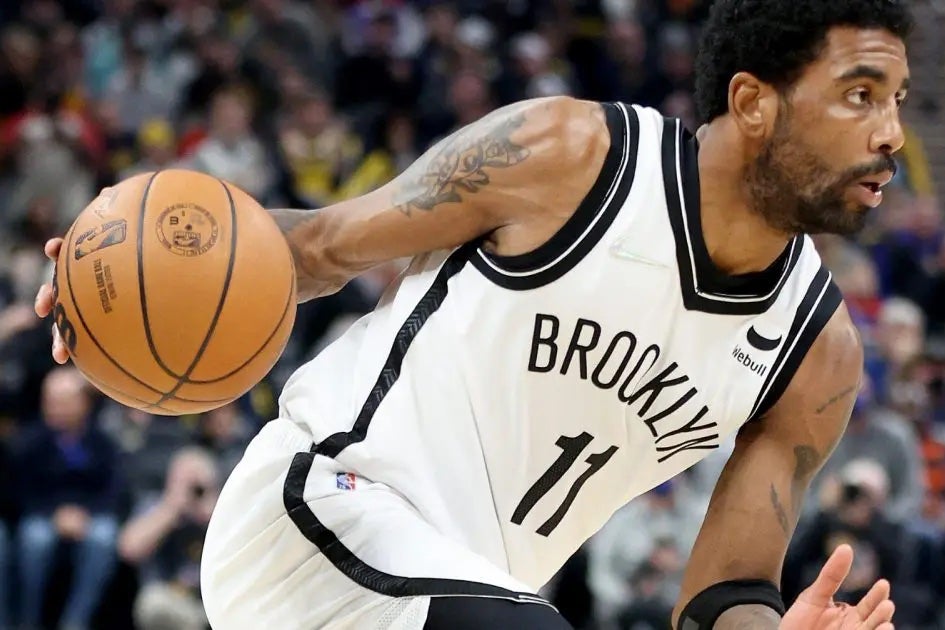 “I appreciate us being able to share this floor together, all of us as brothers. But the big picture that’s going on in the world is free our sister, Brittney Griner, please. Please, POTUS, do your job. Everybody do your job. Please bring our sister home. And we wouldn’t be doing our jobs to the best of our ability if we didn’t stand on what we believe in,” said Irving on the Nets’ opening night against the visiting New Orleans Pelicans.

Kyrie thanked the audience for coming out to the opening game, which led fans in the stands to chant his name.

His remarks come on the heels of Steph Curry’s Tuesday night when he called for Griner’s release during the highest-profile moment of the NBA’s opening night – the Warriors ring ceremony. Tuesday, Oct. 18 was Griner’s 32nd birthday.

The seven-time WNBA All-Star is going into her ninth month in a Russian prison for possessing less than a gram of cannabis oil in her suitcase when entering a Moscow airport to finish up her seventh season with Russia’s UMMC Yekaterinburg team.

Read more: Why Aren’t Russian Billionaire Owners Of Brittney Griner’s Basketball Team Helping Get Her Out Of Prison?

Griner was sentenced on August 4 after admitting at her trial that she had forgotten to remove the cannabis in her haste to pack for her return trip to Moscow to finish up the basketball season. Griner is a legal medical marijuana patient in the U.S. She was sentenced to nine years in a Russian penal colony.

Is A Prisoner Swap In The Works?

These past several months, the White House and Kremlin were seemingly in talks about a prisoner exchange. In fact, Viktor Bout, convicted Russian arms dealer and former KGB colleague of Vladimir Putin, was thought to be Russia’s choice for a swap. Though movement in those negotiations seems to have come to a halt.

This past Sunday, an aide to Vladimir Putin said Griner is not a priority for Russia.