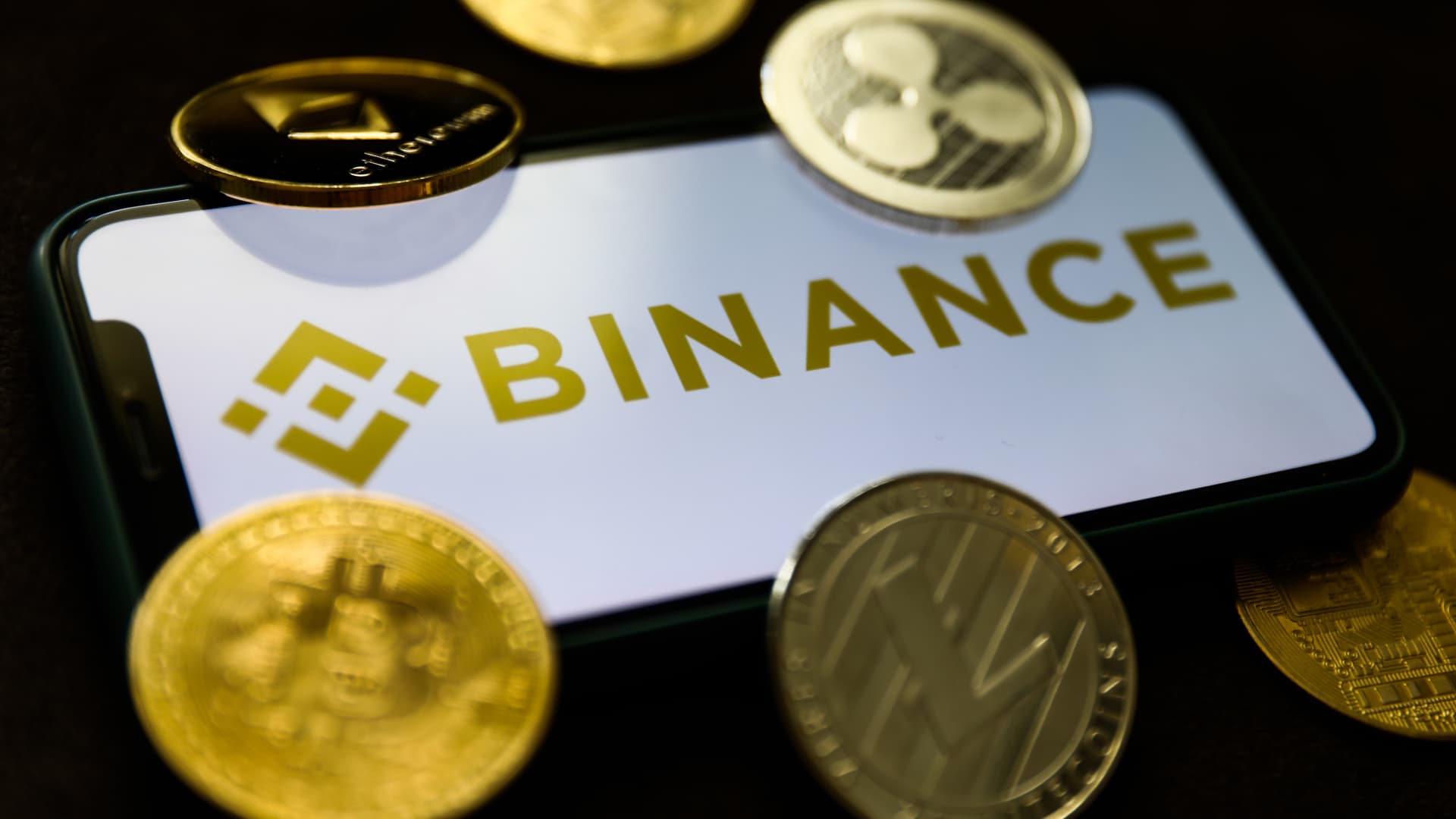 The logo of cryptocurrency exchange Binance displayed on a phone screen.

Cryptocurrency exchange Binance suspended its blockchain network Friday after hackers made off with more than $100 million worth of its BNB token.

Binance said a cross-chain bridge linking with its Binance Smart Chain (BSC) was targeted, enabling hackers to move BNB tokens off the network. So-called cross-chain bridges are tools that allow the transfer of tokens from one blockchain to another.

The company said it had worked with transaction validators to pause creation of new blocks on BSC, suspending all transaction processing while a team of developers investigates the breach.

“An exploit on a cross-chain bridge, BSC Token Hub, resulted in extra BNB. We have asked all validators to temporarily suspend BSC,” Changpeng Zhao, Binance’s CEO, said in a tweet Friday.

“The issue is contained now. Your funds are safe. We apologize for the inconvenience and will provide further updates accordingly.”

Between $100 million and $110 million worth of BNB tokens is estimated to have been yanked from BSC, a spokesperson for Binance’s BNB team told CNBC Friday.

The company managed to freeze $7 million of funds with the help of its security partners, the spokesperson added.

The value of BNB sank more than 3% Friday morning to $285.36, according to CoinMarketCap data.

Binance Smart Chain is a network developed by Binance in 2019. Like other blockchains, it features a native token, called BNB, that can be traded or used in games and other applications.

It is the latest in a series of major hacks targeting cross-chain bridges, with instances of sloppy engineering making them a prime target for cybercriminals.

A total of around $1.4 billion has been lost to breaches on cross-chain bridges since the start of 2022, according to data from blockchain analytics firm Chainalysis.

In Binance’s case, the bridge impacted was BSC Token Hub, which connects Binance’s BSC chain with another network called the BNB Beacon Chain.

Binance, the world’s largest crypto exchange by trading volume, did not share additional details on how the hack took place.

The crypto industry has had a rough year, with roughly $2 trillion in value being erased since the peak of a blistering rally from 2020 to 2021. The implosion of $60 billion blockchain venture Terra and a worsening macroeconomic environment have severely impacted market sentiment.