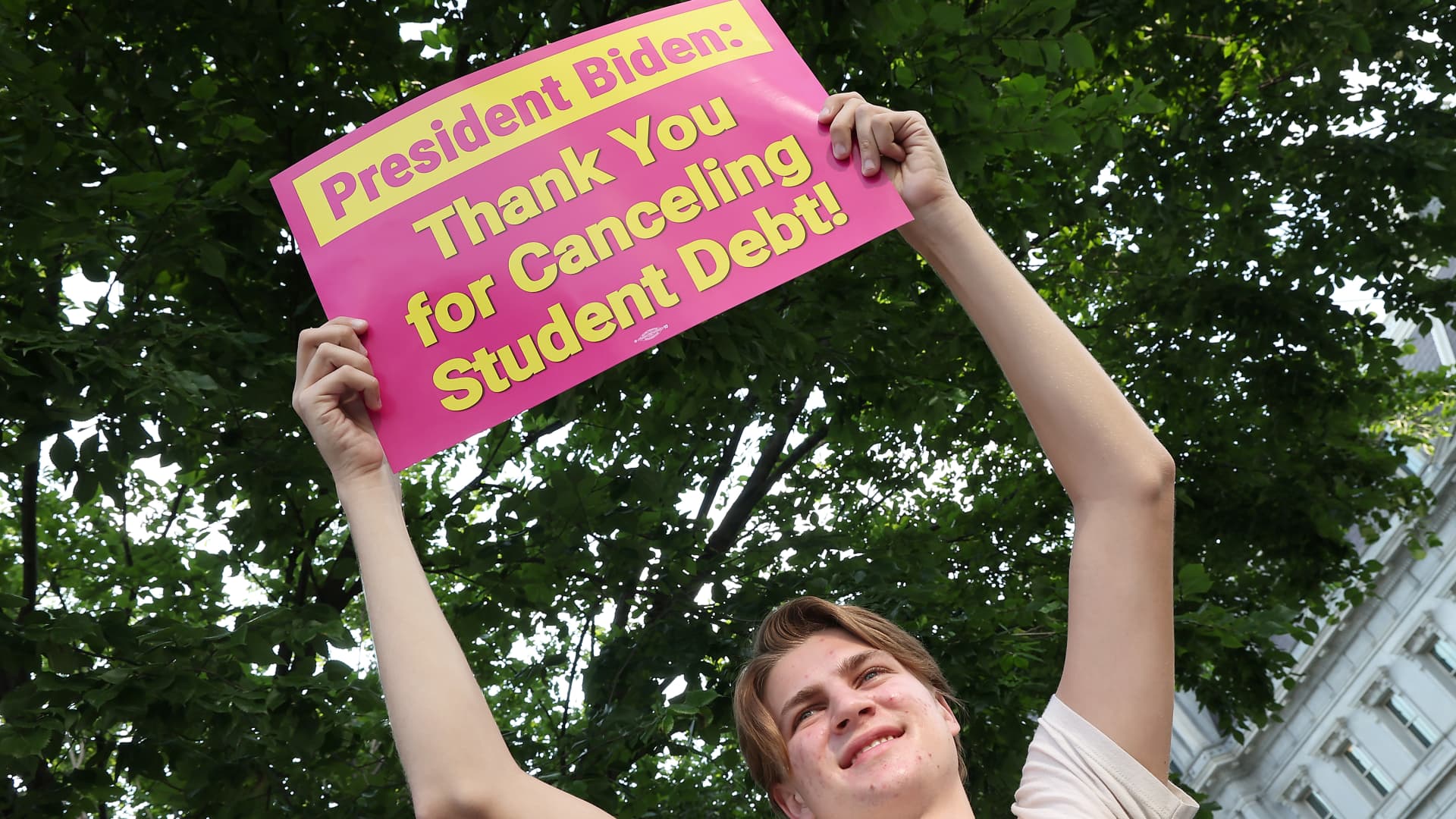 As tens of millions of Americans process the news of federal student loan forgiveness, countless questions are emerging about how it will all work.

When will borrowers see the relief? Who’s eligible? Do you have to apply? The U.S. Department of Education’s website has been slow to load this week with so many people searching for these answers.

Here’s what we know so far.

How much of my debt could be forgiven?

Did I receive a Pell Grant?

The relief will be limited to borrowers who make less than $125,000 per year, or married couples or heads of households earning less than $250,000.

Big picture, the vast majority – roughly 37 million borrowers – will be eligible for the forgiveness based on their loan type (and then as long as they also fall under the income cap), because their debt is under what’s called the William D. Ford Federal Direct Loan Program. That includes Direct Stafford Loans, and all Direct subsidized and unsubsidized federal student loans. Under the Direct program, Parent Plus and Grad Loans, are also eligible for the relief.

Then it gets more complicated.

As of now, the Education Department is saying that any loans it holds qualify. That means the roughly 5 million borrowers who have a commercially held Federal Family Education Loan (FFEL) may be excluded. (About the same number of borrowers have FFEL loans that are with the government and they need not worry.)

Borrowers eager to know if their FFEL loans are commercially held can go to Studentaid.gov and sign in with their FSA ID. The information should be available at the “My Aid” tab.

Even if your FFEL loan is with a private company, all hope may not be lost.

An Education Department spokesperson said borrowers with those loans can call their servicer and consolidate them into the Direct Loan Program to become eligible for forgiveness.

There’s currently no deadline by which they need to do this, but presumably there will be one. As a result, experts recommend borrowers in this situation act quickly.

Another type of loan may also be excluded from forgiveness because it’s not in the government’s hands. Kantrowitz said: certain loans from the Federal Perkins Loan Program. Some of these loans are with the Education Department, but most are held by colleges.

If you pay your monthly loan bill to one of the government’s loan servicers, you should be able to get the forgiveness, Kantrowitz said, but if your payments are sent to another private lender, you’re probably out of luck.

What if I owe less than is being forgiven?

When is the loan cutoff date for cancellation?

Student loans borrowed after June 30, 2022 won’t be included in the relief.

Do I have to do anything to get forgiveness?

The department also said it already has the income data for nearly 8 million borrowers because they were enrolled in income-driven repayment plans that already required this data. These people may get automatic cancellation.

Will the loan forgiveness trigger taxes?

That’s because the American Rescue Plan of 2021 made student loan forgiveness tax-free through 2025 — and the law covers Biden’s forgiveness, too, according to a fact sheet from the White House.

You may, however, still be on the hook for state levies, Kantrowitz said.

Some states automatically conform to federal rules, but others may count the forgiven balance as income, meaning it’s still possible you’ll have a state bill. The amount “may be the equivalent of a few student loan payments,” Kantrowitz said.

If you’re unsure, contact a local tax professional for an estimate before filing your state tax return.

How do I make sure I really get forgiveness?

Experts recommend taking a photo or screenshot of your current student loan balance. That way you can make sure it drops by the correct amount once forgiveness happens.

What’s going on with the payment pause?

It’s the seventh extension of the pandemic-era relief policy started under the Trump administration and it will likely be the final one.

What will student loan forgiveness mean to you? If you’re willing to speak for a story, please email me at annie.nova@nbcuni.com