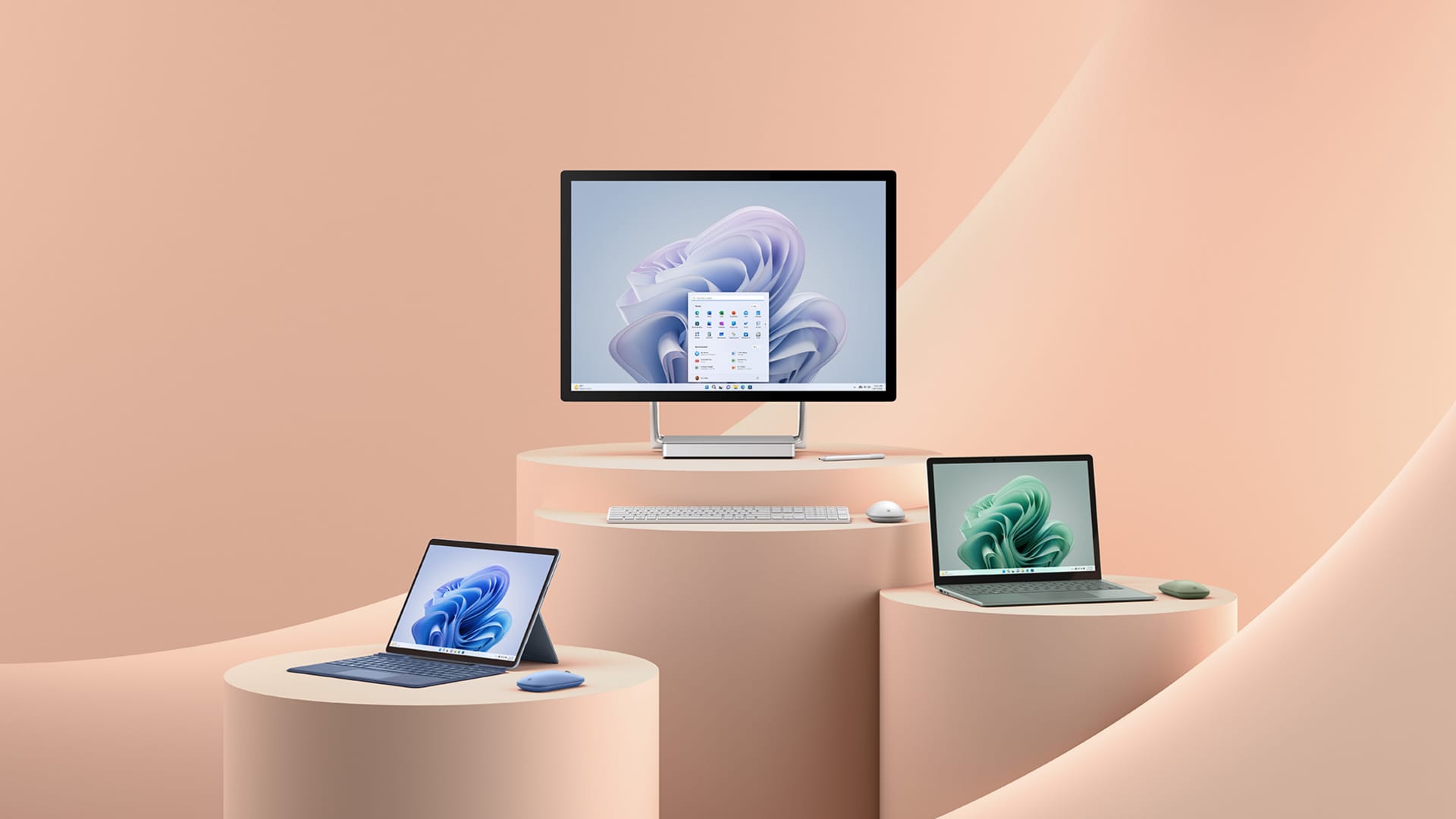 Microsoft on Wednesday unveiled three Surface computers, as the company celebrates the 10th anniversary of the Surface tablet.

All new Surface models will be available in select markets beginning Oct. 25, and in additional markets in the coming months, Microsoft said.

Here are the main features of the new devices.

The Surface Pro 9 has a 13-inch display and comes with a 120Hz display. What’s disappointing is the 5G Pro 9 model doesn’t have a Thunderbolt port, which allows for faster file transfers of videos.

Microsoft says it has 17 hours of battery life and a new enhanced camera for face-to-face calls. The Surface Laptop 5 also has a Thunderbolt 4 port for the first time. It connects the laptop to a 4K monitor, charges and delivers fast data transfer for large video files.

For movie and TV streaming, the Laptop 5 also has a Dolby Vision IQ picture quality and Dolby Atmos for upgraded audio quality.

The Surface Studio 2+ is Microsoft’s all-in-one desktop PC that will replace the Surface Studio 2 from 2018. The new 28-inch touchscreen device sits on a zero-gravity hinge, which allows users to raise and lower the display. It runs on an 11th-generation Intel Core H-35 Processor.

Users can split the display into four different app windows at once. It comes with a USB-C port and a Thunderbolt port. The viewing experience for streaming is also enhanced with Dolby Vision IQ and Dolby Atmos for upgraded audio quality.