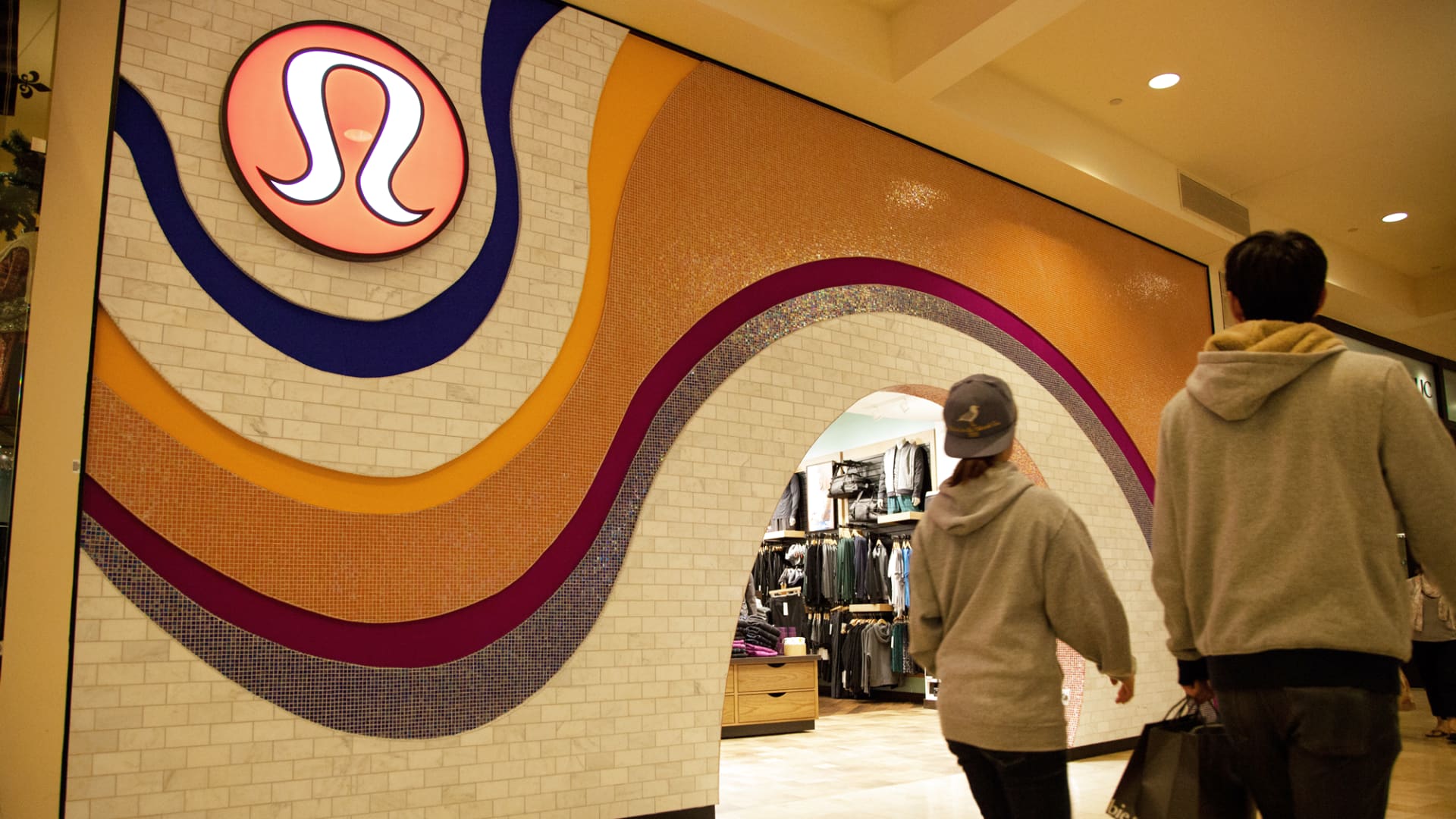 Pedestrians pass by a Lululemon store.

Shares of the company were up around 8% in after hours trading.

Here’s what the company reported compared with what Wall Street was expecting, based on a survey of analysts by Refinitiv:

“Despite the challenges around us in the macro-environment, guest traffic in our stores and on our e-commerce sites remains robust, which speaks to the strength of our multi-dimensional operating model,” Chief Financial Officer Meghan Frank said in a news release.

The release also maintained the company’s long-term outlook of doubling net revenue to $12.5 billion from from 2021 to 2026. The plan includes an expansion of its menswear business, footwear, and membership-based fitness classes. Upon the plan’s announcement in the spring, some analysts were skeptical about Lululemon’s ability to achieve the lofty longer-term target.

This is a developing story. Check back for updates.