Is Target Closed on Columbus Day 2022? 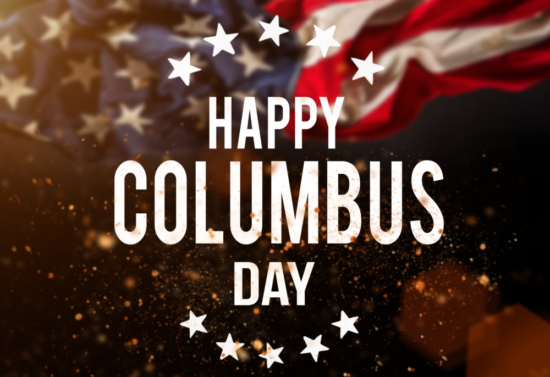 Monday, October 10, 2022, is Columbus Day. Since it’s a federal holiday, most government offices (aside from those involved with public safety) are closed. Additionally, financial institutions and many other companies often shut their doors, giving their employees a day off. As a result, many people decide to use the holiday to run errands, as well as handle their shopping. If you’re among them, you may wonder, “Is Target closed on Columbus Day 2022?” If that’s the case, here’s what you need to know.

Is Target Closed on Columbus Day 2022?

No, Target is not closed on Columbus Day. Like most major retailers, Target is welcoming customers into its stores on October 10, 2022, allowing you to handle all of your shopping needs on the holiday.

Additionally, stores won’t open late or close early on Columbus Day. Instead, the company is going to use the regular operating schedule at its various stores, giving you the usual amount of time to handle your shopping.

While each Target location may have a slightly unique opening and closing schedule, most are very similar. Here’s a look at the typical operating hours for Target:

When it comes to stores that deviate from that schedule, there aren’t many. However, high-traffic Target locations in larger cities may have extended hours. In some cases, low-traffic locations in smaller towns may close earlier or open later, too. As a result, if you want to shop early or late at night, you may want to check with your nearest Target location to confirm its hours.

By going to Target on Columbus Day, you might also have a chance to score some deals. Items are typically on sale at Target, though the selection of discounted products does vary from one week to the next. If you want to see what’s on sale, it’s best to check the Target weekly sales flyer for details.

Does Target Have a Columbus Day Sale?

Generally speaking, there aren’t discounts specific to Columbus Day. However, Target is always running some kind of sale. Its weekly sales flyer outlines discounts every week, allowing you to find bargains all year round. As a result, you can find deals if you shop on Columbus Day, even if the retailer doesn’t offer holiday-specific ones.

In most cases, retailers only close a few times each year, so they’re often open on major federal holidays. However, there are occasions when they choose to close instead.

Additionally, there can be unexpected closures at Target stores. For example, technical issues, problems with utilities, construction, inclement weather, and similar matters may require a location to close until the problem resolves. While these unplanned closures are rare, it’s important to know that they can occur.

Are Other Stores Closed on Columbus Day 2022?

Generally speaking, Columbus Day isn’t a holiday that results in many store closures. Major retailers – including Walmart and Costco – are open for the holiday. However, some small businesses may choose to close for the holiday, though this is a bit rare overall.

When it comes to closures, government offices (aside from those focused on public safety, as well as some associated with entertainment destinations like national parks) and financial institutions are more commonly closed on Columbus Day. There can be exceptions for banks or credit unions located in major retailers or grocery stores, but that isn’t always the case. If you need those services near the holiday, you’ll want to check their operating schedules in advance. That way, you’ll know if they’re seeing customers before you make the trip.

Are you planning on shopping this Columbus Day? If so, was heading to Target part of your plan, or were you looking to take advantage of some deals elsewhere? Share your thoughts in the comments below.