How Much Money Does McDonald’s Make In A Day? 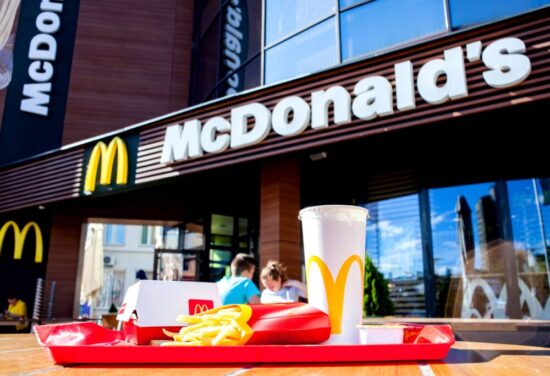 In total, there are about 38,000 McDonald’s locations worldwide. As a result, most people know that the company brings in a lot of revenue. However, you may be wondering, “How much money does McDonald’s make in a day?” If so, here’s what you need to know.

How Much Money Does McDonald’s Make in a Day?

While there aren’t exact figures showing how much McDonald’s makes in a day, you can get a solid estimate by reviewing recent annual revenue data.

In 2021, McDonald’s had about $23.223 billion in revenue. By dividing that number by 365 (reflecting the number of days in a year), you can estimate the daily revenue. Based on those numbers, McDonald’s makes approximately $63.625 million dollars each day.

Now, it’s essential to understand that revenue and profits are two different things. Revenue reflects all income generated by the company, while profits are what remains after any expenses, debts, and operating costs are removed from the total revenue.

Additionally, revenue and sales aren’t the same. Sales mainly focus on consumer purchases, which is part of the revenue figure. However, McDonald’s may also earn income from other sources, such as licensing deals with third-party product manufacturers.

Does McDonald’s Make More Than Other Fast Food Companies?

When you look at revenue, McDonald’s doesn’t bring in the most revenue when compared to other fast food companies. Instead, that honor currently goes to Starbucks. In 2021, Starbucks had about $29.1 billion in consolidated net revenue in the 2021 fiscal year, beating out McDonald’s by a notable margin.

Are you surprised by how much money McDonald’s makes in a day? Did you assume that the figure was higher or lower than what’s listed above? Do you think McDonald’s should take specific actions based on how much it brings in daily? Share your thoughts in the comments below.