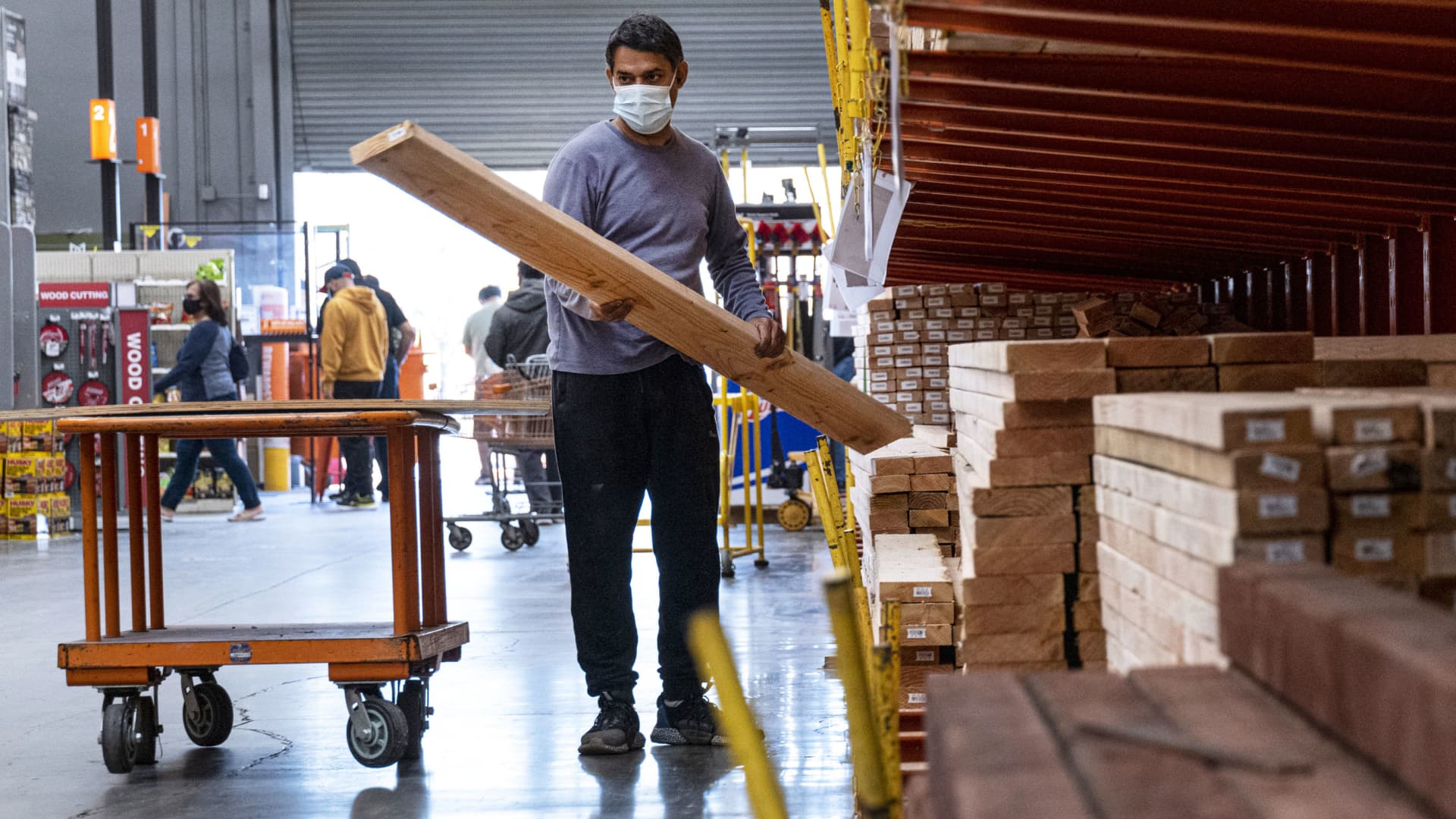 Same store sales rose 5.8% in the quarter, topping analyst expectations for growth of 4.9%, according to FactSet. Home Depot said transactions slipped during the period, while the average ticket rose, primarily as a result of inflation.

“Our team has done a fantastic job serving our customers, while continuing to navigate a challenging and dynamic environment,” Home Depot CEO and President Ted Decker said in a statement.

Here’s what the Atlanta-based company reported compared with what Wall Street was expecting, based on a survey of analysts by Refinitiv:

In an earnings call, executives said that project backlogs were still healthy despite the weaker housing market and that customers weren’t yet trading down to less expensive items despite inflation.

During the pandemic, many people spruced up their living spaces as they spent more time hunkered down at home. Investors have been watching to see whether people are still prioritizing such projects in a tightening macroeconomic environment.

For the three-month period ended July 31, total customer transactions slipped to 467.4 million, from 481.7 million a year ago, while average ticket grew 9% to $90.02 from $82.48. Professional contractors tend to make fewer visits and purchase in higher quantities.

“During the second quarter, both pro and DIY sales growth was positive, with pro outpacing DIY,” noted Jeff Kinnaird, the executive vice president of merchandising, during the earnings call.

Net income for the quarter rose to $5.17 billion, up 7.6% from the prior year. Net sales grew 6.5% from a year ago, which the company said marked its highest-ever quarterly sales.