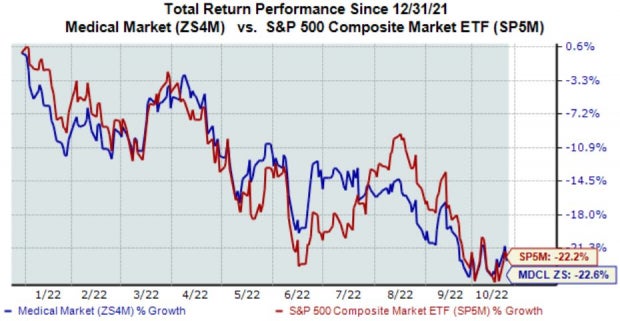 The Zacks Medical Sector has primarily traded in line with the general market in 2022, down roughly 23%.

A big-time player in the sector, HCA Healthcare HCA, is on deck to unveil quarterly results on October 21st, before the market open.

HCA Healthcare is the largest non-governmental operator of acute care hospitals in the United States, operating approximately 182 hospitals and roughly 2,200 ambulatory care sites at the end of 2021.

Currently, the medical titan carries a Zacks Rank #3 (Hold) paired with an overall VGM Score of a B.

How does everything else stack up heading into the print? Let’s take a closer look.

HCA shares have provided investors with a marginally better return than the S&P 500 YTD, down 18.5% vs. the general market’s decline of roughly 22%. 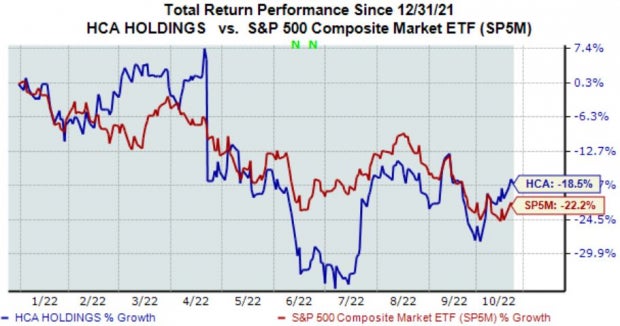 Over the past three months, however, HCA shares have climbed notably, up a double-digit 15% and handily beating the S&P 500’s decline of roughly 7%. 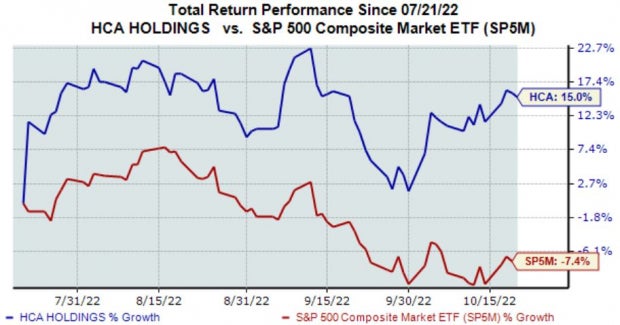 While the year-to-date performance lacks some fireworks, the near-term price action of HCA shares is a significant highlight, telling us buyers have finally shown up.

HCA sports a Style Score of an A for Value.

Analysts have primarily been bearish in their earnings outlook, with four negative estimate revisions hitting the tape over the last several months. The Zacks Consensus EPS Estimate of $3.89 suggests a Y/Y earnings decline of roughly 15%.

HCA has had mixed earnings results over its last four quarterly prints, with two EPS beats and two misses. Still, in its latest quarter, the company penciled in a double-digit 14.7% bottom-line beat.

Revenue results have also been mixed over its last four earnings releases; HCA has posted two revenue beats and two misses. Below is a chart illustrating the company’s revenue on a quarterly basis.

Further, the market reacted well following its latest earnings release, with shares tacking on roughly 9.5% in value. Still, this was the first occasion shares moved upwards following a quarterly print over its last four.

HCA shares have been notably hot over the last three months, indicating that buyers have finally arrived. Still, shares are in the red YTD.

Based on relative levels, HCA shares are currently trading at a discount to their five-year median and Zacks sector, also carrying a Style Score of an A for Value.

Analysts have been bearish in their earnings outlook, with estimates suggesting Y/Y declines in revenue and earnings.

Further, the company has delivered mixed earnings results as of late, but the market cheered on its latest quarterly print, with shares moving upwards.

Heading into the release, HCA Healthcare HCA carries a Zacks Rank #3 (Hold) with an Earnings ESP Score of -1.4%.

From thousands of stocks, 5 Zacks experts each have chosen their favorite to skyrocket +100% or more in months to come. From those 5, Director of Research Sheraz Mian hand-picks one to have the most explosive upside of all.

It’s a little-known chemical company that’s up 65% over last year, yet still dirt cheap. With unrelenting demand, soaring 2022 earnings estimates, and $1.5 billion for repurchasing shares, retail investors could jump in at any time.

This company could rival or surpass other recent Zacks’ Stocks Set to Double like Boston Beer Company which shot up +143.0% in little more than 9 months and NVIDIA which boomed +175.9% in one year.Free: See Our Top Stock And 4 Runners Up