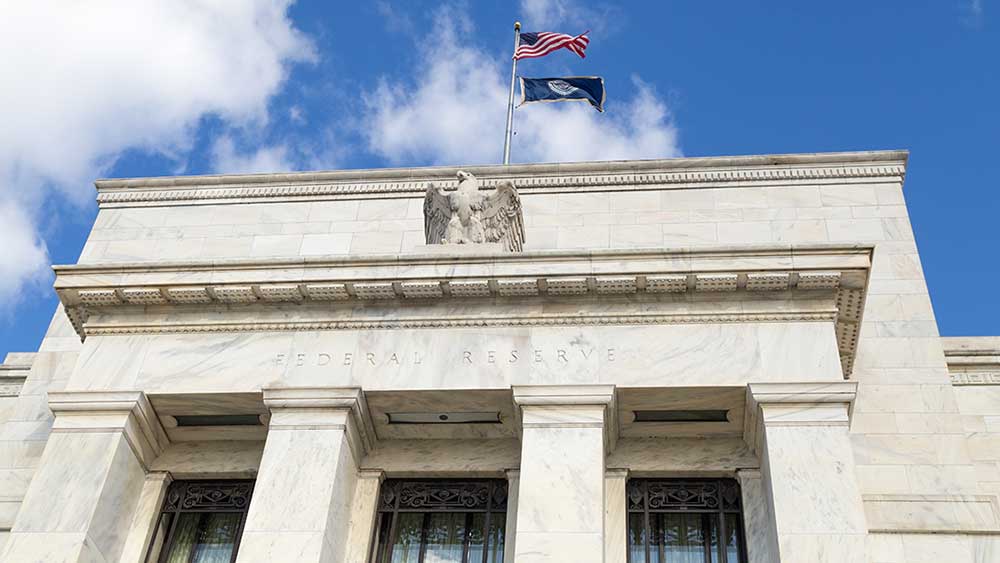 
The Fed’s third-straight 75-basis-point hike lifted its key rate, the overnight lending rate between banks, to a range of 3% to 3.25%.

Federal Reserve policymakers now see the U.S. central bank’s key rate rising to 4.4% by the end of 2022, according to new quarterly projections issued along with the policy statement. That implies a total of 5 more quarter-point rate hikes this at the November and December meetings.

However, that forecast represents the median projection of all 19 Fed policymakers. Fed chief Jerome Powell noted that there’s no broad consensus, with a number of policymakers seeing a likelihood of a slightly smaller one-percentage-point increase through year-end. So stay tuned.

The Fed projections show the key policy rate peaking at 4.6% in 2023, with 12 of 19 policymakers forecasting rates at least that high.

The projections through 2023 largely align with financial market expectations, but are slightly more hawkish. Ahead of the Fed policy statement, markets were pricing in 62% odds of the Fed hiking as high as 4.25%-4.5% by the end of the year, according to CME Group’s FedWatch page.

The Fed also introduced rate guidance for 2025. While the key rate is seen falling to 2.9%, that’s still somewhat restrictive territory.

The Fed projections imply that rate cuts will be on the table once the Fed’s favored measure of core inflation falls to about 3%. Powell also said that the federal funds rate would eventually become positive in real terms, meaning higher than the rate of inflation.

“No one knows if this process will lead to recession,” Powell said at his post-meeting news conference. But he added that “chances of a soft landing are diminished” by a need to keep policy tighter for an extended period.

He also talked about a “difficult correction” needed to rebalance the housing market.

The Fed, in other words, is being guided by the experience of the 1970s, when policymakers repeatedly cut rates as unemployment rose, only to see inflation reignite. Even if the jobless rate rises and the economy faces recession, the Fed won’t cut until inflation is heading back down to 2% in a convincing way.

That reflects the message of Powell’s Jackson Hole speech, which provided a wake-up call to the Dow Jones.

The new projections show GDP growth slowing much more, to 0.2% this year and 1.2% next. Fed officials now expect the jobless rate to rise to 4.4% in 2023 and remain there through 2024. That compares to August’s 3.7% unemployment rate and July’s 3.5%. Every prior time the jobless rate has climbed more than half a percentage point, the U.S. economy has fallen into recession.

Powell’s Aug. 26 speech began a market repricing of the Fed policy outlook, undoing the dovish impression he gave with his July 27 news conference that had helped the Dow Jones cut its losses by more than half, rallying 14% over the summer.

“My main message has not changed at all since Jackson Hole,” Powell said. That was a signal to financial markets not to see the glass as half-full.

August’s hot CPI reading provided another major jolt. While the overall inflation rate eased to 8.3%, prices for core services, such as rent, health care and transportation, rose 0.6% on the month and 6.1% from a year ago, the fastest pace since February 1991. The message: A far-too-strong job market is still keeping inflation way too high.

After the Fed meeting ended, the Dow Jones reversed modest gains, then recovered as Powell spoke. But the Fed’s hawkish message sank in as Powell left the stage. In late afternoon stock market action, the Dow Jones fell 1.7%. The S&P 500 also lost 1.7% while the Nasdaq skidded 1.8%.

Through Tuesday’s session, the Dow Jones Industrial Average has fallen 16.6% from its peak close, leaving it just 2.7% above June’s 52-week closing low. The S&P 500 stood 19.6% below its Jan. 3 all-time closing high, though still 5.2% above its June 16 closing low. The Nasdaq composite has tumbled 29.85% from its record closing high but remains 7.3% off its June bottom.

Be sure to read IBD’s The Big Picture column after each trading day to get the latest on the prevailing stock market trend and what it means for your trading decisions.

Stock Market Today: How To Handle The Latest Correction

Why This IBD Tool Simplifies The Search For Top Stocks