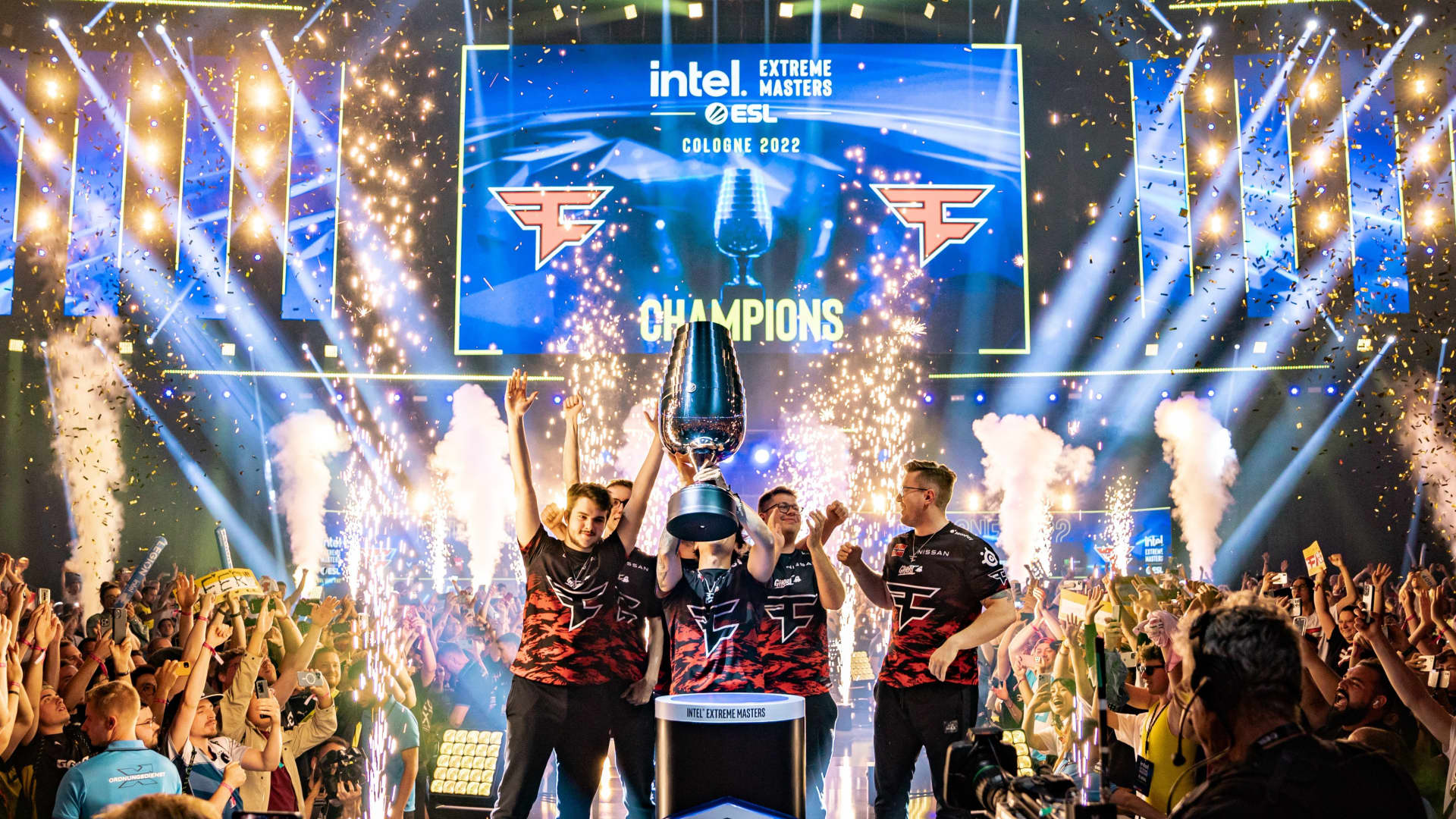 Digital entertainment and esports brand FaZe Clan began trading on the Nasdaq Wednesday after completing a SPAC merger in a deal valued at $725 million, a big step for creator economy companies to be publicly traded.

FaZe Clan is an online media company made up of 93 members, consisting primarily of esports competitors and content creators, plus a handful of celebrities like Snoop Dogg. FaZe Clan’s social creators have a combined following of over 500 million across multiple platforms such as YouTube, TikTok and Twitch. FaZe Clan was also ranked the fourth-most-valuable esports company by Forbes.

The company began trading on the Nasdaq under the ticker FAZE. FAZE shares sank in their debut on Wednesday, finishing their first day of trading down nearly 25%.

A SPAC, or special purpose acquisition company, purchases an existing private business and takes it to public markets. SPACs gained in popularity during the pandemic as an alternative to the traditional initial public offering. However, the SPAC market has dried up, many planned deals remain on hold or were canceled, and many companies that went public using a SPAC merger in the past few years have performed extremely poorly, losing over half their value in 2022 through the first half of the year.

Despite the current market conditions and the threat of new SPAC regulation, FaZe Clan CEO Lee Trink said he feels confident going public via a SPAC was the right decision for his company.

“I understand why other companies have been criticized for going public via the SPAC vehicle. But for us, it really fits,” Trink said.

FaZe Clan was founded in 2010 by a group that started posting gameplay videos on YouTube. The company then grew in membership and engagement, branching off into new vehicles such as esports where players take part in video game competitions. Trink, who was previously president of Capitol Records, joined the company in 2018 seeing an opportunity in a brand focused on younger audiences.

FaZe Clan announced the plan for a SPAC merger last October, marking the deal at $1 billion. Nine months later, the deal is now worth $725 million.

“The initial plan was to go public in the first quarter of this year. That obviously didn’t happen,” said Tobias Seck, business analyst with The Esports Observer.

In March, FaZe Clan received a $20 million bridge loan from B. Riley Principal Commercial Capital, the special purpose acquisition company with which it is merging.

“​​It seems to be their best attempt at securing capital, especially in the rather rough economic times we’re currently in,” Seck said. “It’s obviously still nascent, and most of the organizations are still trying to figure out how to actually make money,” he added.

In an amended June filing related to the deal, the company reported estimated 2021 revenue of roughly $50 million and a forecast for $90 million in revenue in 2022, but a wider adjusted EBITDA (earnings before interest, taxes, depreciation, and amortization) loss than it had previously forecast, of $19 million.

FaZe Clan plans to bring on more creators and help them grow their own community, an alternative to reliance on advertising revenue from existing social media brands.

“FaZe Clan will fund investments and we will create the product and we’ll own a bigger piece of the upside. That’s the future of the creator economy,” Trink said.

Trink projects that the esports business will be a smaller part of FaZe Clan’s revenue in the future. Upcoming projects may include expanding a gambling business with DraftKings, a delivery-only dining option similar to fellow influencer MrBeast’s Burger, and play-to-earn gaming which allows streamers to be paid.

FaZe Clan is expected to raise nearly $60 million in proceeds from the SPAC deal, according to market sources familiar with the deal, with current stockholders continuing to own 77% of the company after going public.

The creator economy is a growing force in the markets. The global market size is estimated to be over $13 billion, according to Statista, and is primarily focused on a younger generation.

FaZe Clan prides itself on capturing a younger audience, reporting that 80% is made up of 13 to 34-year-olds.

“Gen-Z is not about your parents’ brands. Gen-Z wants connectivity and proximity,” Trink said. “We are the translators and what we do know is how to reach this audience,” he added.