EXCLUSIVE: Growing Cannabis In Your Home With The Touch Of A Button? This Robot Can Help 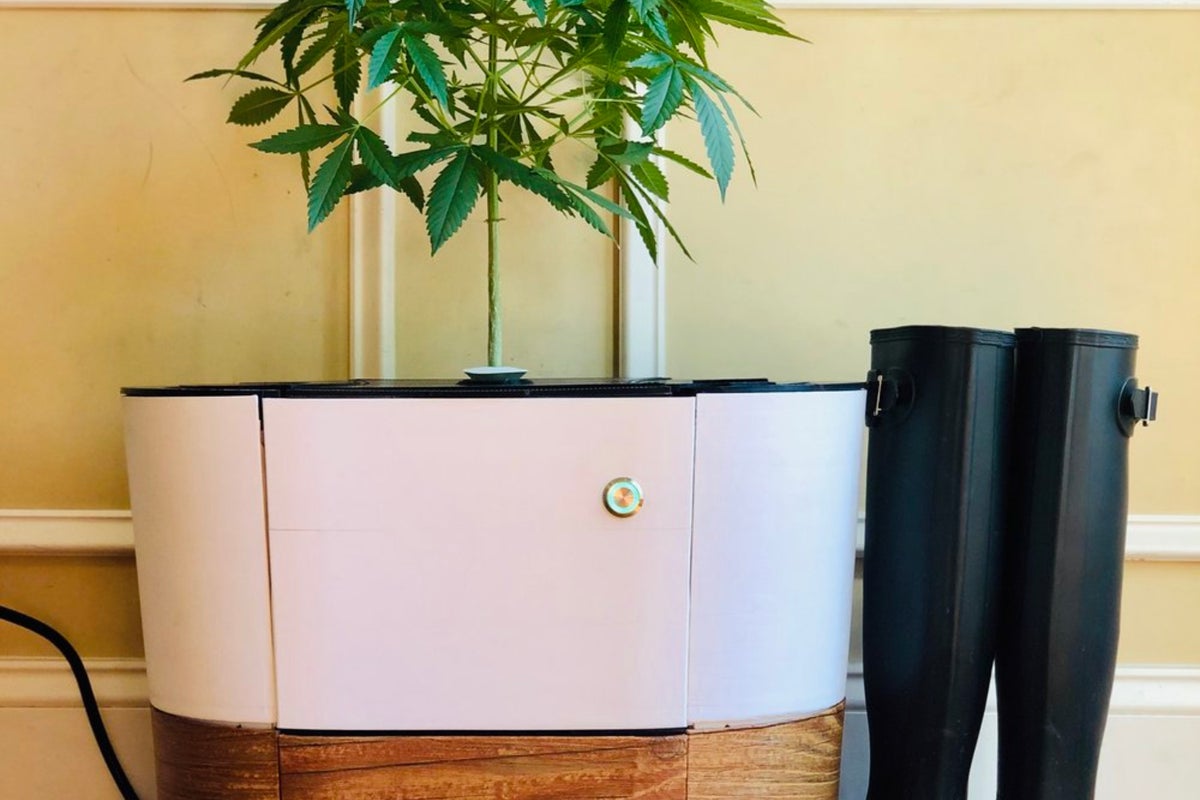 We are in an era when robots and artificial intelligence are becoming more common, helping us complete countless everyday tasks, including growing marijuana.

If you live in one of the 17 states where recreational use and marijuana home growing is legal, all you have to do is pour water about once a week, and — thanks to Annaboto — everything else is automated.

Boundless Robotics Inc., which develops and distributes the cannabis-growing robot, is “on a mission to empower people to grow their own fresh, pesticide-free cannabis in the privacy of their home,” CEO Carl Palme told Benzinga.

“We’re using robotics and artificial intelligence to make it incredibly easy for anyone, anywhere to be able to grow any strain, any time of the year,” he added.

Customers in Massachusetts and in Rhode Island are currently utilizing Annaboto, the Boston-based company’s flagship product. But the robot is sold anywhere it’s legal to grow at home for adult use.

Designing The Product Together

Palme always wanted to cultivate his cannabis, but the process seemed too complicated in terms of botany knowledge, time, space and cleaning up.

To avoid a green thumb, Palme turned to automation.

“For me, and many people like me, cannabis is an amazing resource. It helps me manage my anxiety and insomnia better than any prescription drug I’ve ever tried,” he said.

The final solution was developed as part of a team effort. Palme chatted with a lot of people, across all industry backgrounds.

“In essence, we designed the product together,” he said. “This was a great process that I truly enjoyed. Finding a problem in the market and then working with people who would be actual customers on designing a solution. I think this might be quite unique to the cannabis industry. People are awesome.”

Palme was always attracted to problem-solving challenges and fascinated by the boundless possibilities of robots and artificial intelligence.

“I also have a couple of decades working in hardware product development including creating category-defining products like the Baxter and Sawyer robots from Rethink Robotics,” he says. “I started my career by focusing on factory automation — programming robots and manufacturing lines to automate as much as possible in order to make better and less expensive products, faster. I then started my own manufacturing company where I used automation to get a competitive edge over the market. Finally, I transitioned to the product development side of things at Rethink Robotics, where we created the Collaborative Robot category — democratizing robotics for manufacturing.”

“There is a real sense of community and people are just excited to see the plant become legal and the innovation that is sprouting around it. I’ve not felt this level of excitement in a long time!”

According to Palme, what makes Annaboto different is the design approach and the advantage of intelligent automation.

“Our customers want to have a relationship with the plant and want to see it grow,” he said.

While making the product, they also had the idea of “normalizing cannabis” in mind.

“It was very important for us that the plant was open to the air and housed in a beautiful device,” he added. “We had to invent a lot of technology to manage the odor and make the lights comfortable for humans and pets, while also being very efficient for plant growth.”

To make it easy for anyone, anywhere to cultivate any strain, any time of the year, with one touch of a button, and by adding water, the team behind Annaboto employed artificial intelligence, robotics, and hydroponics.

“The way Annaboto works is by taking a ‘snapshot’ of your environment every 15 minutes,” Palme said. It then collects and compares the data, uses that intelligence (which the company’s calls ‘the chef’) and adjusts the settings accordingly.

“All you have to do is enjoy watching your plant grow and add water when it needs it,” Palme adds.

Annaboto is powered by electricity, but when it comes to power usage, it all depends on the environment. In Massachusetts, for example, on average it adds around $10 to the monthly electricity bill.

When asked what kind of cannabis users are mostly interested in this type of product, Palme replies — a variety of customers, adding his mom even wants one.

“However, we tend to focus on customers who use cannabis as part of their health and wellness routine. People who are interested in consuming fresh cannabis grown without pesticides and who want consistent effects so they can dose properly.”

With cannabis being illegal at the federal level, one may wonder if the company had any legal troubles with this product. Fortunately, they did not, because “at the end of the day, we sell an automated growing machine.”

What does the future hold for cannabis and robotics?

“Lots of good things,” says Palme, adding that the company plans to work on adapting its technology to help industrial growers with automating their greenhouses.

Also, the Europen market holds a lot of potentials.

“The data we are collecting will help us discover great ways to grow cannabis for anyone, anywhere,” he says. “Also, while we are focusing on cannabis, this robot can grow pretty much any other plant. We are already seeing some of our users grow peppers so they can make salsa in between cannabis grows.”