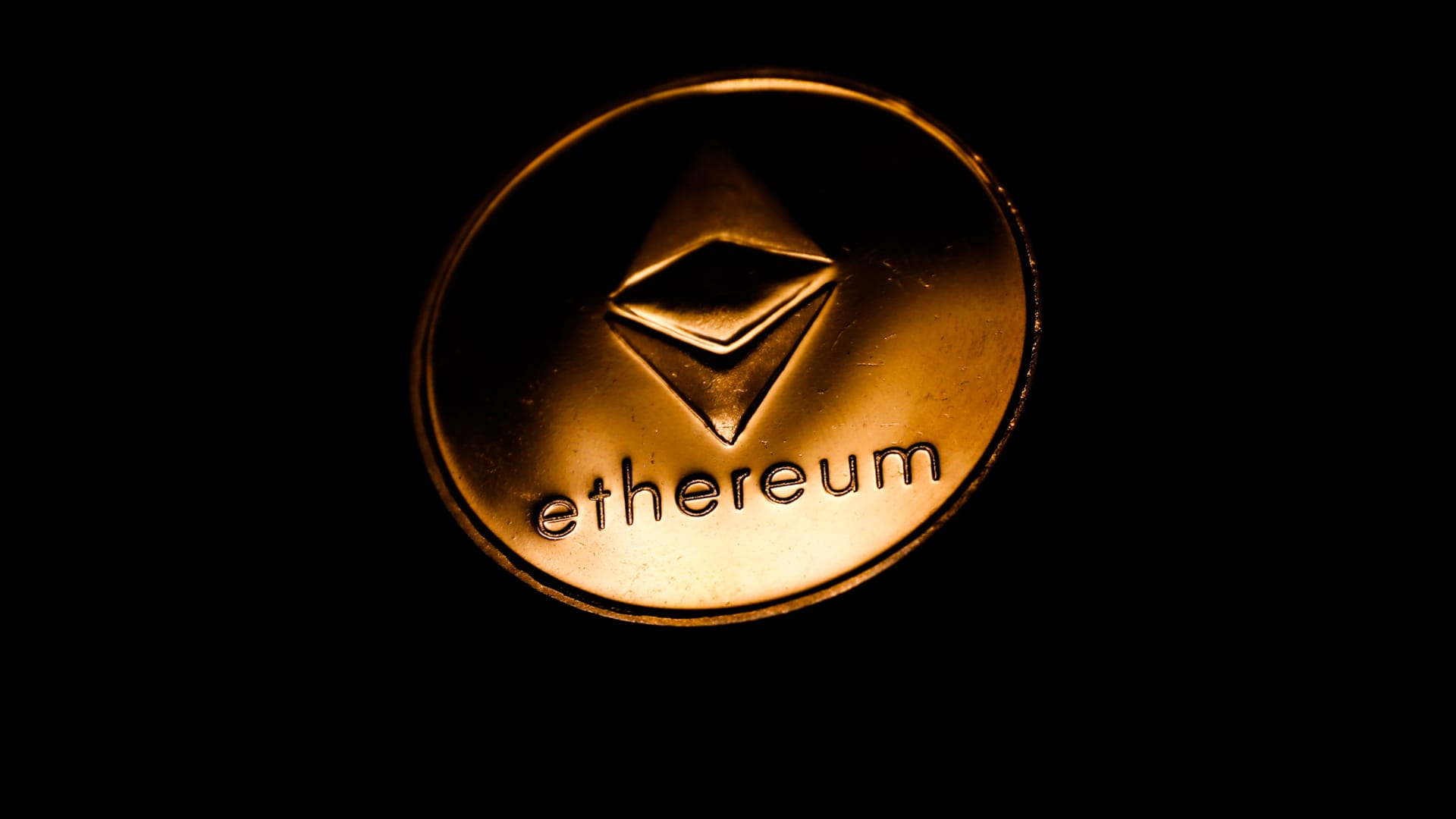 Ethereum underwent a huge network upgrade called the merge which proponents say will make transactions much more energy efficient. Following the merge, ether prices have dropped following a huge run up ahead of the event.

Ether has fallen more than bitcoin since the cryptocurrency’s underlying technology, the Ethereum network, underwent a huge upgrade called the merge.

Ethereum is a blockchain technology that effectively allows developers to build apps on top of it. Ether is the native cryptocurrency that runs on Ethereum.

Crypto’s bear market is unlike others before it. This time the Fed’s steering the ship

The merge is an upgrade to Ethereum that changes the validation mechanism for transactions from a proof-of-work method to proof-of-stake. Proponents say this will make validating transactions on Ethereum much more energy efficient and has been eagerly-anticipated by the crypto community.

Despite the upgrade happening successfully, ether has fallen more than bitcoin.

Since Sept. 15, the date the merge was completed, to around 4:30 a.m ET on Tuesday, ether is down around 15%. Bitcoin has dropped around 3% in the same period.

Ahead of the network upgrade, the price of ether roughly doubled from the lows of the year in June, far outpacing bitcoin’s gains.

Vijay Ayyar, vice president of corporate development and international at crypto exchange Luno, said that the merge was already “priced in” for ether and the “actual event was a ‘sell the news’ situation.”

Traders are also shifting investments from ether and other alternative digital coins back into bitcoin, according to Ayyar, “since the expectation is that Bitcoin will outperform for a few months from here on.” 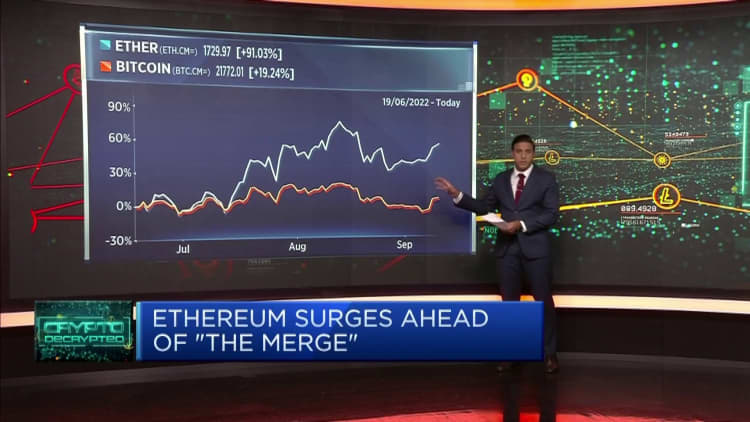 Investors are also wondering whether the regulatory standing of ether may change after the merge after U.S. Securities and Exchange Commission Chair Gary Gensler indicated last week that cryptocurrencies that work on the proof-of-stake model, which applies to Ethereum, could be classed as a security. That would bring it under the purview of the regulators.

Gensler’s, whose comments were reported by several news outlets, did not name ether specifically. The proof-of-stake model involves investors “staking” or locking up their ether and earning returns for doing so.

Crypto investors are also on edge ahead of an expected interest rate rise from the U.S. Federal Reserve this week.

Central banks around the world have been raising interest rates to deal with rampant inflation. But that has hurt risk assets such as stocks. Cryptocurrencies have been closely correlated with U.S. stock markets, in particular the tech-heavy Nasdaq. With stocks remaining under pressure, crypto has also felt the heat.

Inflation in the U.S. in August came in higher than expected, which hit stocks and crypto.

“From a macro perspective as well, inflation did come in higher, and hence caused a sell off across all markets, but ethereum and altcoins did sell off harder, given they’re along the more risky part of the crypto spectrum,” Ayyar said.

Bitcoin has been trading in a range of about $18,000 to $25,000 since June, a level at which investors are buying in, according to Ayyar.

But any “change in the macro environment in terms of inflation of interest rate surprises, is definitely cause for concern,” he said, adding that if bitcoin falls below $18,000, the cryptocurrency could test levels as low as $14,000.