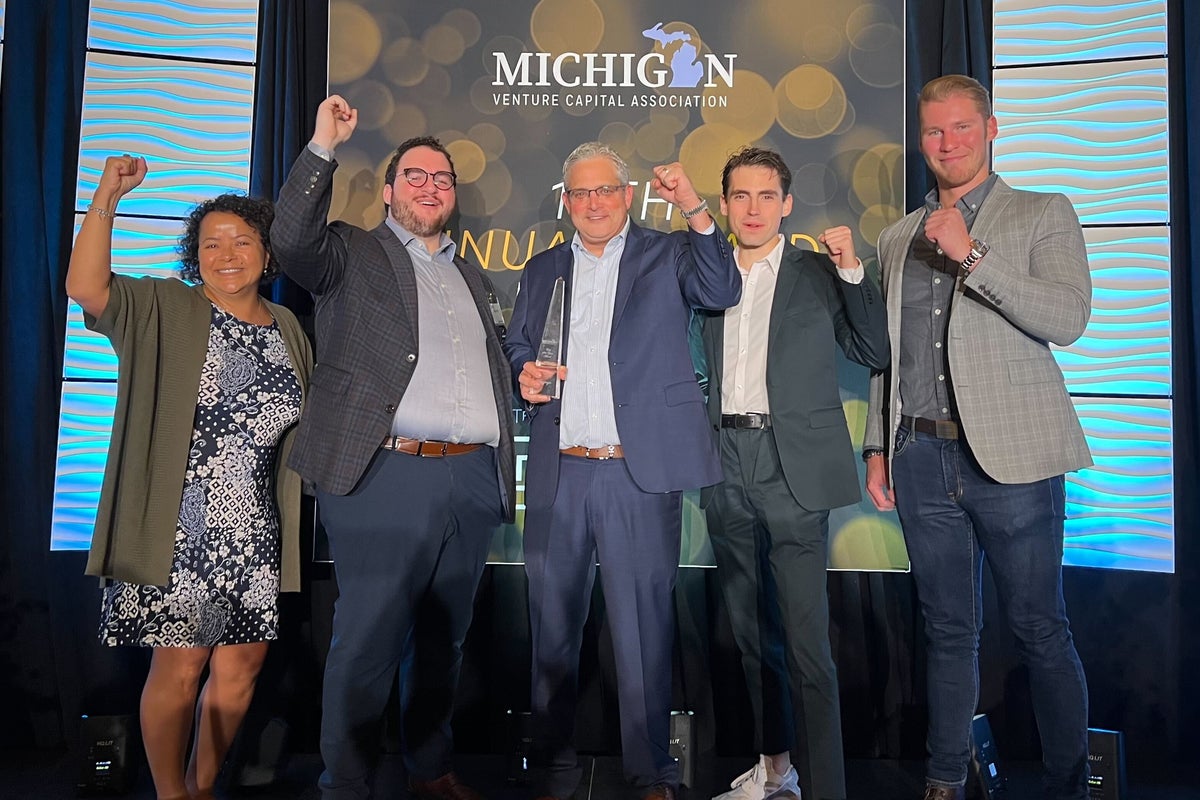 The Michigan Venture Capital Association held its anniversary gala at the Greenfield Village on Thursday, Sept. 29 — the site of an open-air museum founded by Henry Ford.

The 200-attendee event, which celebrated 20 years of MVCA’s existence, was also a recognition of disruptive innovation, startups, and financiers who are working to build a better tomorrow.

Of the 15 companies that were nominated, there were just four winners — and Benzinga was one of them. The Detroit-based company, acquired in late 2021 by Beringer Capital for $300 million, received the Exit of the Year Award.

The other winners included:

Individuals were recognized, too. Robin McIntosh and Lisa McLaughlin were both awarded the Entrepreneur of the Year Award. Sam Valenti III was recognized for his contributions to a new generation of investors, and received MVCA’s Lifetime Achievement Award.

No Progress Without Innovation

The late Michael A. Finney once said, “Without progress comes no innovation.”

Finney received a tribute during the event for his contributions to the community and leadership.

Benzinga founder and CEO Jason Raznick quoted Finney on the need to disrupt the status quo.

“If you keep doing things the same, you don’t get progress,” he said. This realization offers him solace through challenges.

“I kept remembering that this too shall pass,” he added, citing his unique “day one” approach to navigating frustrations.

Raznick, who founded Benzinga in 2009 in a basement, did not let a lack of funding and direction stop him from bridging the gap between retail and institutional investors, he explained in the MVCA speech.

“People kept telling me you can’t build a financial media company from Detroit. They told me I’d have to move to New York.”

Fast forward to today, Benzinga is one of the largest content providers to global brokerages and media houses including Yahoo, MarketWatch, and Insider. In letting investors grow their skills, Benzinga also hosts in-person thought leadership, networking, and educational events.

“Without this team, here, and the over 100 others not here,” he said, “the company wouldn’t be what it is today.”

MVCA’s award to Benzinga is a validation, in short, the CEO ended. His intent is to use it as fuel to bring financial literacy and freedom to more everyday people.

“Benzinga is on your side,” he said. “We’re for the people, by the people. We’re just getting started.”