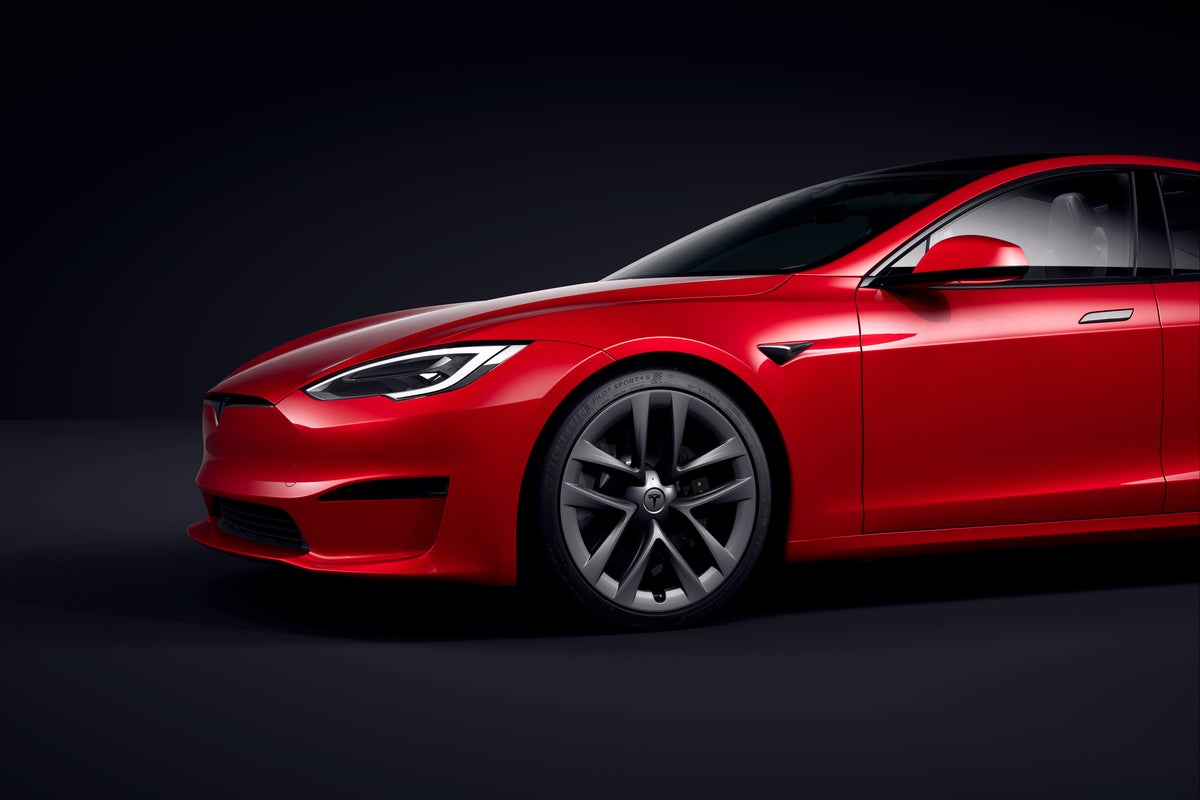 Tesla Inc TSLA is working hard to expand both Gigafactory Berlin and Texas to massively upscale its vehicle production capacity. But even as both factories ramp up, Tesla still has a hard time making enough vehicles to satisfy the high demand.

As shared by The Verge, it seems Foxconn HNHPF, maker of Apple Inc.’s AAPL iPhone, hopes to someday help Tesla in its vehicle production goals.

Foxconn’s chairman and CEO Liu Young-way said he wanted to eventually bring the company to a place where it can manufacture electric vehicles. The comment was made while unveiling two new EV prototypes, including the Model B crossover and Model V pickup truck. Foxconn created these as reference designs to attract companies that want to outsource the manufacturing of their EVs.

Foxconn said it is currently 40%-45% of the overall market share when it came to PCs and smartphones. The company was hopeful it could achieve the same type of penetration in the electric vehicle market.

Perhaps Apple’s own electric vehicle could be manufactured by the maker of its iPhones?