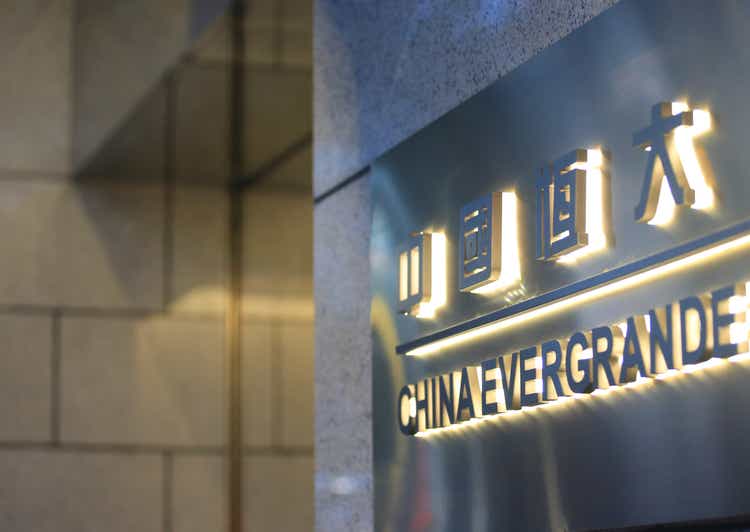 China Evergrande Group’s (OTCPK:EGRNF) (OTCPK:EGRNY) CEO and chief financial officer have resigned from the debt-laden property developer after preliminary results of an investigation found the two were involved in diverting loans meant for its Hong Kong-listed Evergrande Property Services unit to the parent company and used for general operations.

The company’s review of its financial report for the year ended Dec. 31, 2021 found that deposits of ~RMB 13.4B ($1.98B) used as security for third partly pledge guarantees had been enforced by relevant banks. Evergrande (OTCPK:EGRNF) is now in talks with Evergrande Property Services focusing on the repayment of sums related to the pledges, the company said in a regulatory filing on Friday.

“In light of the above preliminary findings of the independent investigation, the company will consider appointing an internal control consultant to conduct a comprehensive review of the internal control and risk management systems of the company,” Evergrande (OTCPK:EGRNF) Chairman Hui Ka Yan said in the statement.

Qian Cheng, also currently a vice president of the company, was named chief financial officer. He joined the company in July 2018 and has served in various financial management positions, the company said.

The company, saddled by ~$310B in debt, has been struggling with a liquidity crunch since last fall as Beijing took a stricter stance on property development due to Evergrande’s (OTCPK:EGRNF) large liabilities and worries of a housing bubble.

Last week, the Wall Street Journal reported that China Evergrande (OTCPK:EGRNF) management was eager to release some details of a preliminary restructuring plan later this month, while creditors were urging the company wait until they could nail down some terms.

In May, China Evergrande (OTCPK:EGRNF), which has defaulted on some of its $19B on in offshore bonds, was reportedly considering a plan to pay back offshore bondholders with cash installments and equity in two of its Hong Kong-listed units.