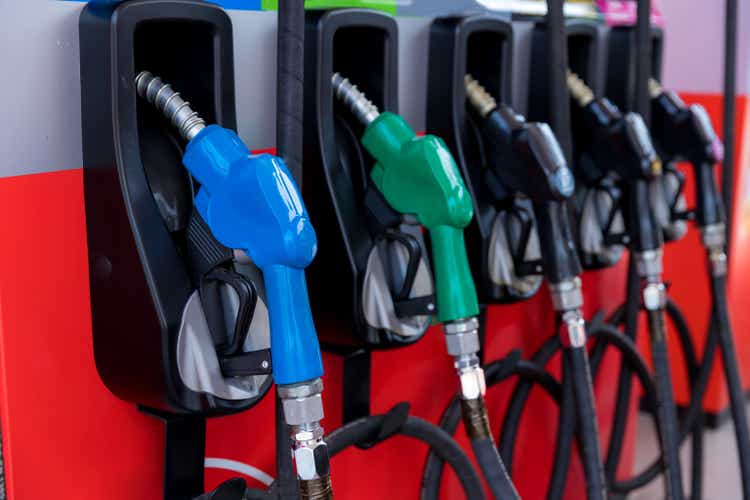 Gasoline prices for U.S. drivers have been edging higher again after dropping for ~100 days, and this week’s decision by OPEC+ to cut oil production by 2M bbl/day will further elevate prices.

Maintenance at major oil refineries, more demand for gasoline and tight fuel supplies already were contributing to rising gasoline prices to a national average of $3.89/gal, according to auto club AAA, after bottoming out two weeks ago at $3.67.

Analysts do not expect most drivers will contend with $5 gasoline as they did in June, in part because demand typically shrinks during the winter season, but prices are abnormally high for this time of the year.

Nowhere are prices higher than in California, where motorists pay an average of $6.39/gal, highest in the country.

California Governor Gavin Newsom called Friday for a special session of the Democrat-dominated state legislature to consider his proposal for a windfall profits tax on oil companies.

“Time to enact a windfall profits tax directly on oil companies that are ripping you off at the pump,” Newsom said on Twitter.

Last week, Newsom directed the California Air Resources Board to make an early transition to winter-blend gasoline, which he said would increase oil supplies by up to 10% and decrease prices.

The Western States Petroleum Association said Newsom’s anti-oil policies should be examined for driving costs up.