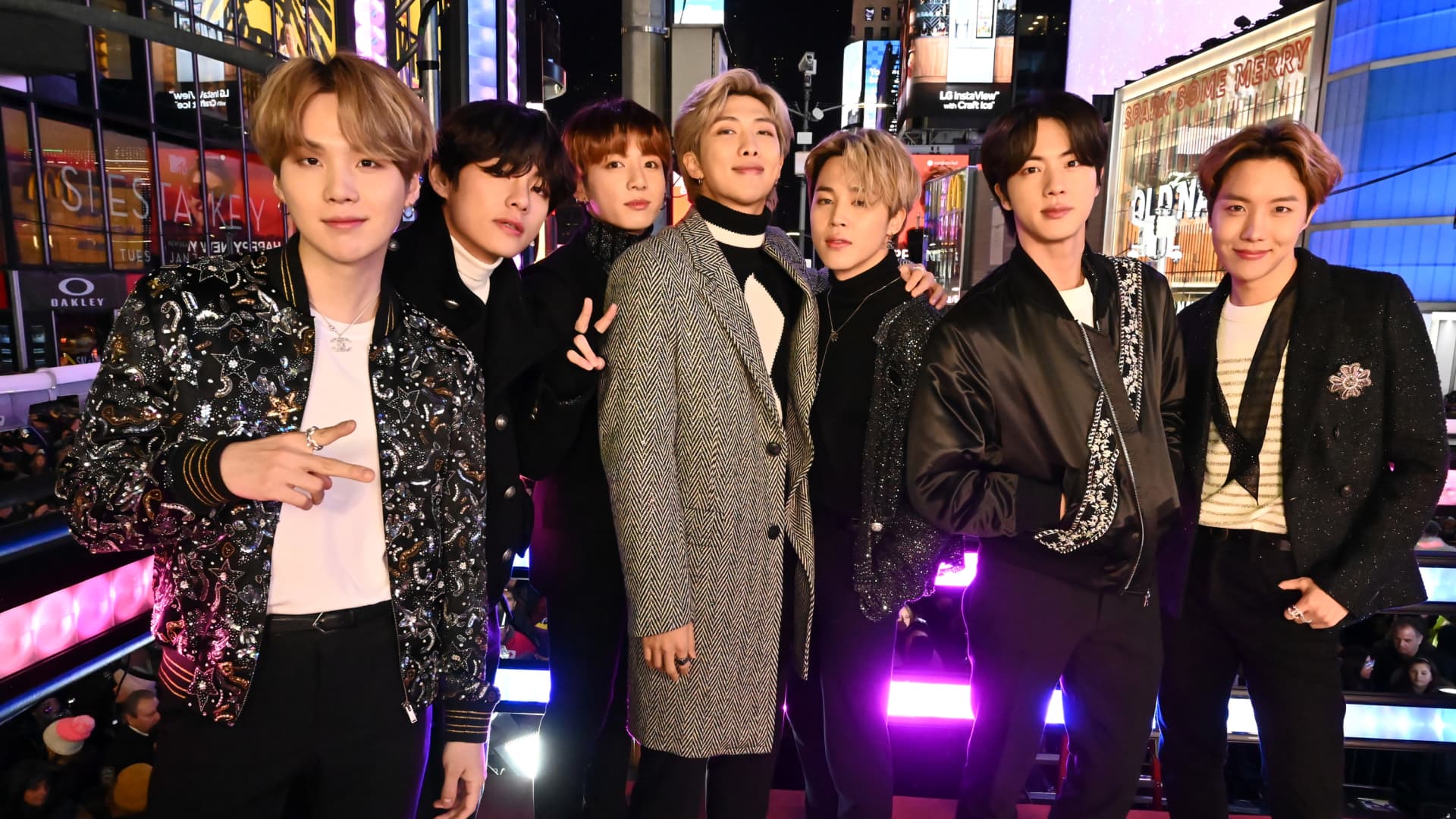 The global superstars of BTS will perform their mandatory military service in South Korea, the group’s representatives said Monday, confirming a move that was long dreaded by their army of fans.

The group’s seven members will all fulfill their requirement to serve and not seek any further delays or special exemptions, BigHit Music said in a statement. It said that oldest member Jin will be the first to serve, with the stars to reconvene as a group again around 2025 after fulfilling their service commitment.

Jin, 29, had faced possible enlistment starting early next year after he turns 30 in December, with BTS’ members already granted a two-year extension. That had left a cloud over the group’s future and divided the country over whether to let the beloved band delay further or skip the draft entirely.

Under South Korean law, all able-bodied men are expected to serve 18 to 21 months in the military to defend against the threat from the country’s nuclear-armed neighbor, North Korea. But the law allows for special exemptions to be made for some, including athletes, musicians and others who enhance the country’s prestige.

BigHit Music said in the statement that the K-pop stars were “honored to serve” their country.

The music agency said it was the “perfect time” for the announcement following a “phenomenal concert to support Busan’s bid for the World Expo 2030.”

Jin is expected to start the process to join the military as soon as the schedule for his solo release ends at the end of October, the group’s agency said.

Other members of the group plan to carry out their military service based on their own individual plans, BigHit Music said.

“Since the creation of BTS over ten years ago, the band has risen to international success, broken records, and catapulted K-pop into the global stratosphere,” the agency said.

The agency said it had been waiting for the “milestone moment when it would be possible to respect the needs of the country and for these healthy young men to serve with their countrymen, and that’s now.”

The decision comes after South Korea’s military signaled in recent weeks that it wanted to conscript members of the K-pop supergroup for mandatory service.

Lee Ki Sik, commissioner of the Military Manpower Administration, had told lawmakers earlier this month that it was “desirable” for BTS members to fulfill their military duties to ensure fairness. Defense Minister Lee Jong-sup made similar comments during a parliamentary committee meeting.

Since the draft forces young men to suspend their professional careers or studies, the dodging of military duties or creation of exemptions is a highly sensitive issue.

BTS announced a break from group musical activities to pursue solo projects in June, raising questions about their future.