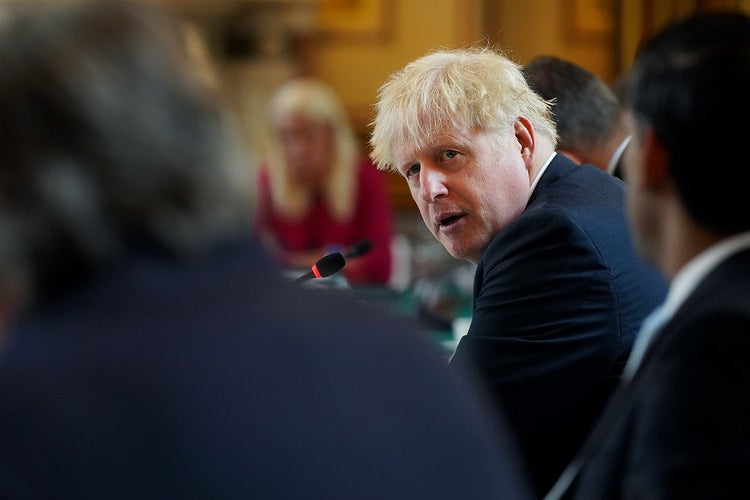 Boris Johnson is back in London in an attempt to salvage his political career in the U.K. To win a second term as prime minister, Johnson has reportedly mounted an effort to replace Liz Truss as the premier.

What Happened: Truss announced her resignation on Thursday, six weeks into her term, after Britain went into political and economic turmoil.

Johnson, along with former finance minister Rishi Sunak and former defense minister Penny Mordaunt, is battling to get the support of lawmakers to enter a ballot to become the next prime minister, Reuters reports.

Under the rules, if only one candidate passes the threshold of 100 lawmakers on Monday, they will be declared prime minister.

In a recent tweet, Sunak announced that he would be standing in the contest.

The United Kingdom is a great country but we face a profound economic crisis.

That’s why I am standing to be Leader of the Conservative Party and your next Prime Minister.

I want to fix our economy, unite our Party and deliver for our country. pic.twitter.com/BppG9CytAK

Also Read: Vladimir Putin Would Not Have Invaded Ukraine If He Was A Woman: Boris Johnson

“Boris has the mandate to deliver our elected manifesto and a proven track record getting the big decisions right,” she said in the tweet.

I’m backing @BorisJohnson to return as our Prime Minister, to bring together a united team to deliver our manifesto and lead Britain to a stronger and more prosperous future. pic.twitter.com/6wyGmASLda

For the Conservative Party, Johnson’s return is a polarizing issue, as some party members say he is a vote-getter, while others feel that he is a toxic figure who would struggle to unite the party.