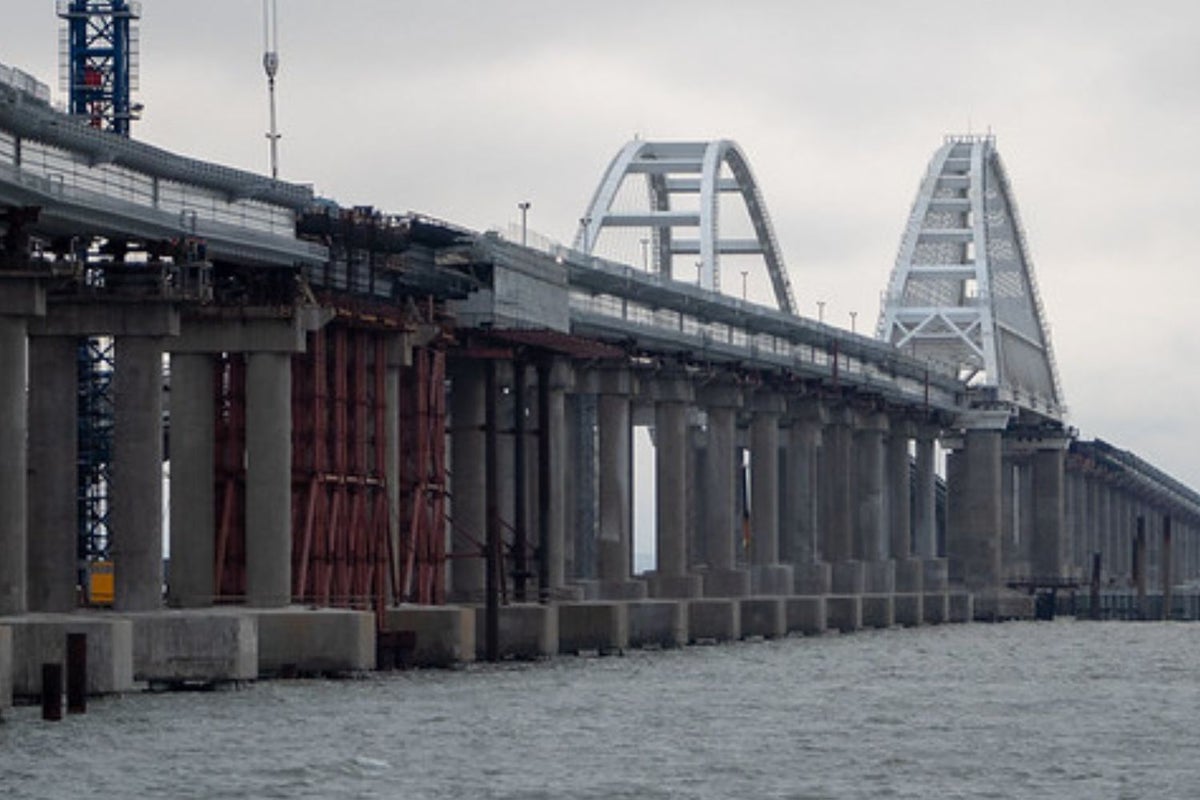 An explosion damaged the Kerch bridge on Saturday, which links Russia and the Crimea peninsula, paralyzing the critical supply route for Russian forces in Ukraine.

According to Reuters, a massive fire and thick smoke were seen on the strategic road-and-rail bridge. The bridge was the only road link from the Russian mainland to the Black Sea peninsula.

Although the exact cause of the explosion is yet to be detected, the Russian Investigative Committee has mentioned that the blast occurred in a freight truck, causing fuel tankers to catch fire. Officials said that at least three people were killed in the explosion.

The Russian state media TASS has reported that President Vladimir Putin has ordered a “government commission” to examine the Kerch bridge “emergency” in Crimea.

Also Read: US State Department Says Putin Will Be Held Accountable For War Crimes In Ukraine

Russian Foreign Ministry spokeswoman Maria Zakharova has said that “the reaction of the Kyiv regime to the destruction of civilian infrastructure testifies to its terrorist nature.”

Russian authorities raced to the scene of the explosion to reopen one lane of the bridge to automobile traffic, with security checks.

Bloomberg reports that the vehicle’s registered owner was from Russia’s Krasnodar region.

Meanwhile, Russia’s defense ministry has named a new commander for all its forces in Ukraine.

In 2018, Putin opened the bridge by driving a Kamaz truck at the head of a column of vehicles along it.