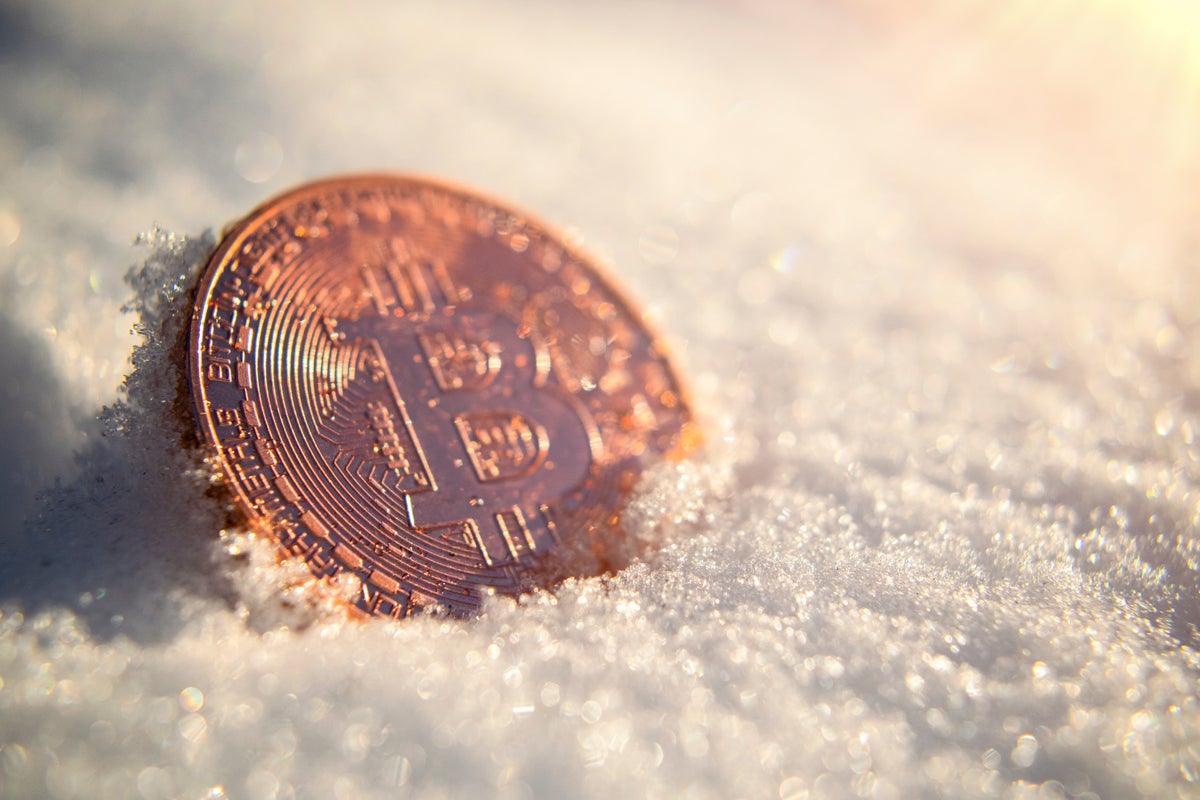 The two-largest coins were in the green Sunday evening as the global cryptocurrency market cap rose 0.5% to $921 billion at 9:25 p.m. EDT.

Why It Matters: Bitcoin and Ethereum rose as did U.S. stock futures at the time of writing, ahead of a fresh trading week.

The coming week will be littered with earnings from corporate America, which is grappling with record inflation and fears of a looming recession.

“Risk aversion is running wild and Bitcoin is not breaking. Fed rate hike expectations are rising and Bitcoin is still holding onto the $19,000 level,” said Moya.

Moya pointed out that Bitcoin’s stabilization period is “good news” for long-term bulls. “The high-frequency trading systems and hedge funds have their preferred shorts and right now it seems Bitcoin is becoming a long-term bet for many.”

“If US stocks tumble below the 3,600 level this earnings season and Bitcoin does not break below the summer lows, the crypto winter can officially be called over,” said the analyst.

Alternative.me’s “Crypto Fear & Greed Index” indicated “Extreme Fear” going ahead into the fresh trading week. The index registered 20 at the time of writing, while last week it was at 22. A value of 0 means “Extreme Fear,” while 100 represents “Extreme Greed.”

Michaël van de Poppe tweeted a “big week coming up.” The Amsterdam-based cryptocurrency trader said that markets and technical analysis show a “big move is about to take place.”

Van De Poppe said that Bitcoin is “squeezing” and ready for a “breakout” above $19,600 level.

Not on macro-economic data side, but markets and TA show a big move is about to take place.


— Michaël van de Poppe (@CryptoMichNL) October 16, 2022
An analyst on CryptoQuant said that funding rates  — periodic payments between traders to make perpetual futures contract price closer to the index price — have turned negative once again as the price of Bitcoin has fallen from the $22,000 levels to $19,000.

The analyst on the community-driven analytics platform pointed out that the metric’s values are “significantly low” compared to the 2019-2021 period, indicating a “massive lack of demand and activity in the futures market.”

Funding rate “should be watched closely in the short term as possible extreme negative values increase the probability of a short-squeeze and could cause a reversal in the cryptocurrency’s price,” the analyst said.

On the Ethereum side, shark and whale addresses holding 100 to 1 million ETH have dropped 3.3 million ETH in the past weeks, tweeted Santiment. The market intelligence platform said this equals nearly $4.2 billion in “dumped coins.”

“​​The asset’s price vs. [Bitcoin] has ebbed and flowed based on [the] behavior of these key stakeholders.”

#Ethereum‘s shark & whale addresses (holding 100 to 1M $ETH) have dropped 3.3M $ETH in just the past 5 weeks. This equates to about $4.2B in dumped coins. The asset’s price vs. #Bitcoin has ebbed and flowed based on behavior of these key stakeholders. https://t.co/1L2iGaoxzg pic.twitter.com/jDkSzS6Vyk

Read Next: Bitcoin’s Volatility Below Equities: Boon Or Bane?