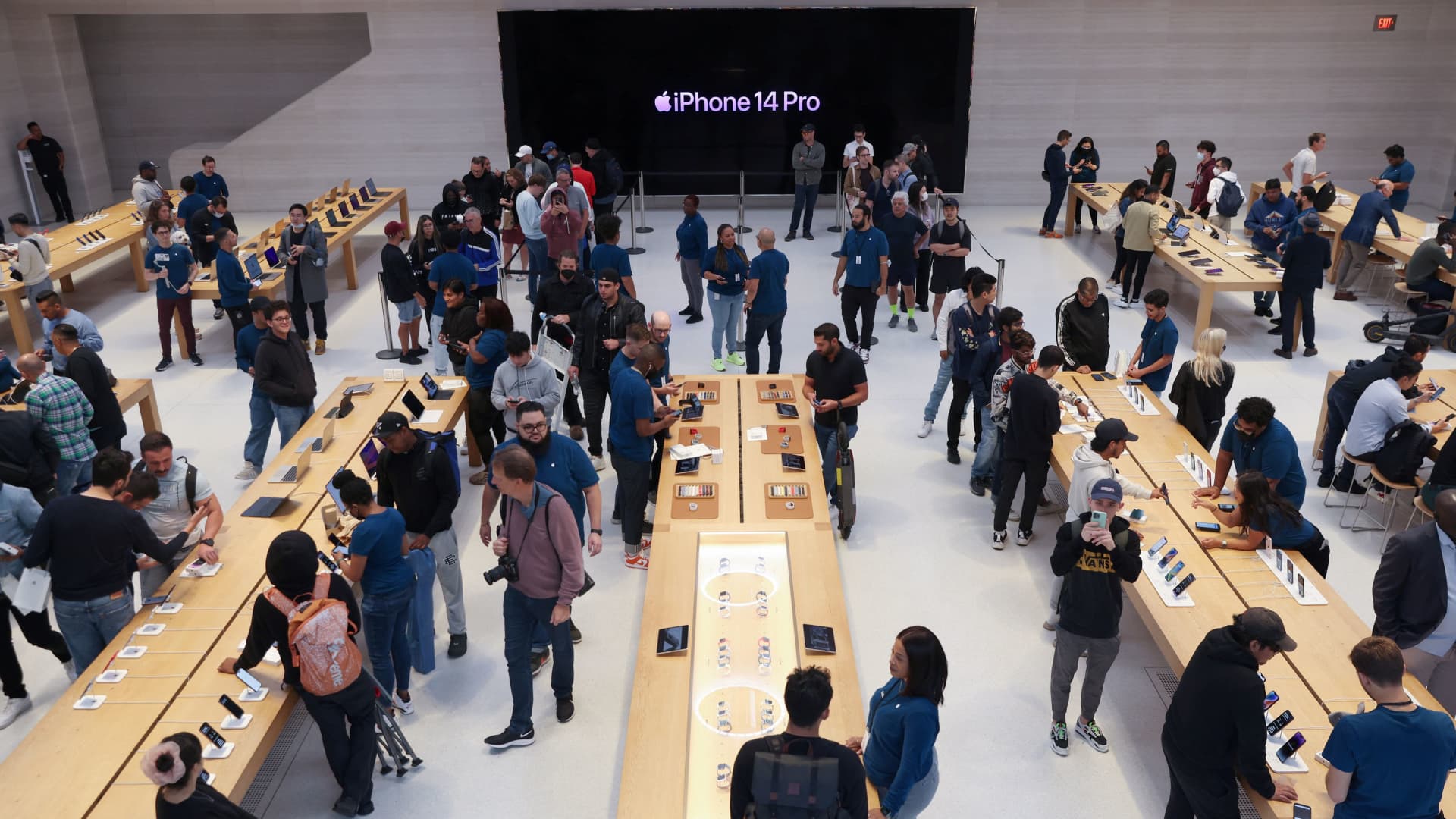 Customers shop at the Apple Fifth Avenue store for the release of the Apple iPhone 14 in New York City, September 16, 2022.

Shares of Apple dipped Tuesday on a report that the company has asked one supplier to stop producing a component for the iPhone 14 Plus while the company re-evaluates demand.

One of Apple’s manufacturers in China has been instructed to immediately halt production of a component for the phone less than two weeks after its debut, according to The Information. Two other suppliers that assemble modules from that component have also cut production dramatically, the report says.

The new report suggests that consumers are opting for the more expensive model among the two large-screened iPhones. That maps to an earlier report from Bloomberg that said the company told suppliers to bail on plans to increase iPhone 14 production in September. (The iPhone 14 is the cheaper alternative to the iPhone 14 Pro.)

Demand for the new models failed to spike as high as anticipated, Bloomberg had said.

Shares had been trading around $145 and lost about $4 per share on the report, but have since recovered slightly. Apple stock is now flat on the day.