AMD’s Q3 sales warning seen as ‘not surprising’ by analysts, but some wonder if gets worse 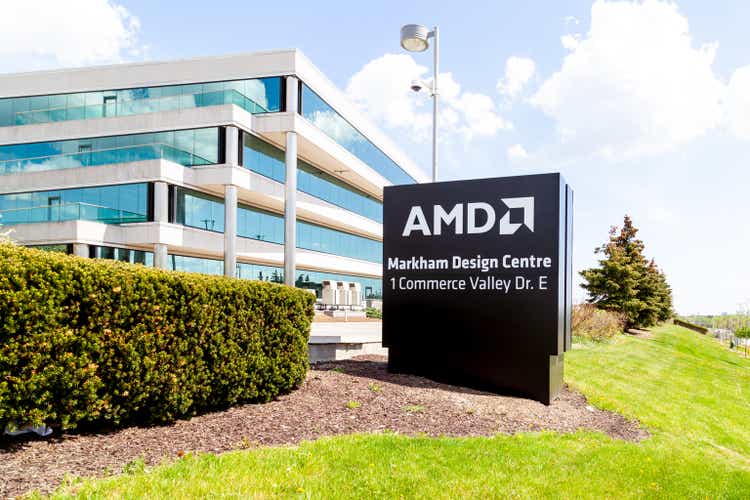 Advanced Micro Devices (NASDAQ:AMD) tumbled more than 5% on Friday as the semiconductor company preliminarily announced third-quarter figures, with sales missing by a wide margin. Most analysts were not surprised by the miss, but others wondered if the weakness in the semiconductor market will get worse.

Bank of America analyst Vivek Arya, who has a buy rating and a $90 price target on AMD (AMD), pointed out that the shortfall was “almost entirely” due to the PC segment, but a “barely inline” data center segment suggested frailty in the enterprise.

“AMD did not update its Q4 outlook but we expect trends to remain sluggish and model sales to decline further [quarter-over-quarter] on Client weakness,” Arya wrote in a note to clients.

The analyst lowered 2022 and 2023 earnings per share estimates to $3.32 and $4.02, respectively, but reiterated the firm’s buy rating on continued share gains from Intel (INTC) and an attractive valuation, trading at 16 times 2023 earnings estimates, near the low end of its historical range.

Truist analyst William Stein, who rates AMD (AMD) hold with a $70 price target, noted that he is more concerned with competitive challenges.

“We recognize AMD’s impressive share gains but see a reinvigorated Intel and emerging DPU/CPU products from Nvidia as intensifying competitive challenges,” Stein wrote in a note to clients. Stein also lowered 2023 earnings estimates to $3.88 per share, down from $4.45 per share.

The analyst added that AMD’s (AMD) weakness in the PC market is also likely to keep hitting Intel (INTC), given it is 50% exposed to PCs, as well as Nvidia (NVDA), Diodes (DIOD) and Monolithic Power Systems (MPWR), each of which have 45%, 18% and 15% exposure to the PC industry, respectively.

Benchmark analyst Cody Acree, who has a buy rating on AMD (AMD), along with a $95 price target, noted the pre-announce “not surprisingly” blamed the PC space, but added that with the stock having declined more than 54% this year, it’s largely baked in.

“With the firm’s share price already suffering to an outsized degree this year, we believe this pre-announcement is already largely priced into the company’s stock and therefore reiterate our Buy rating but are reducing our price target to $95 from $135 on our lowered estimates,” Acree wrote in a note to clients.