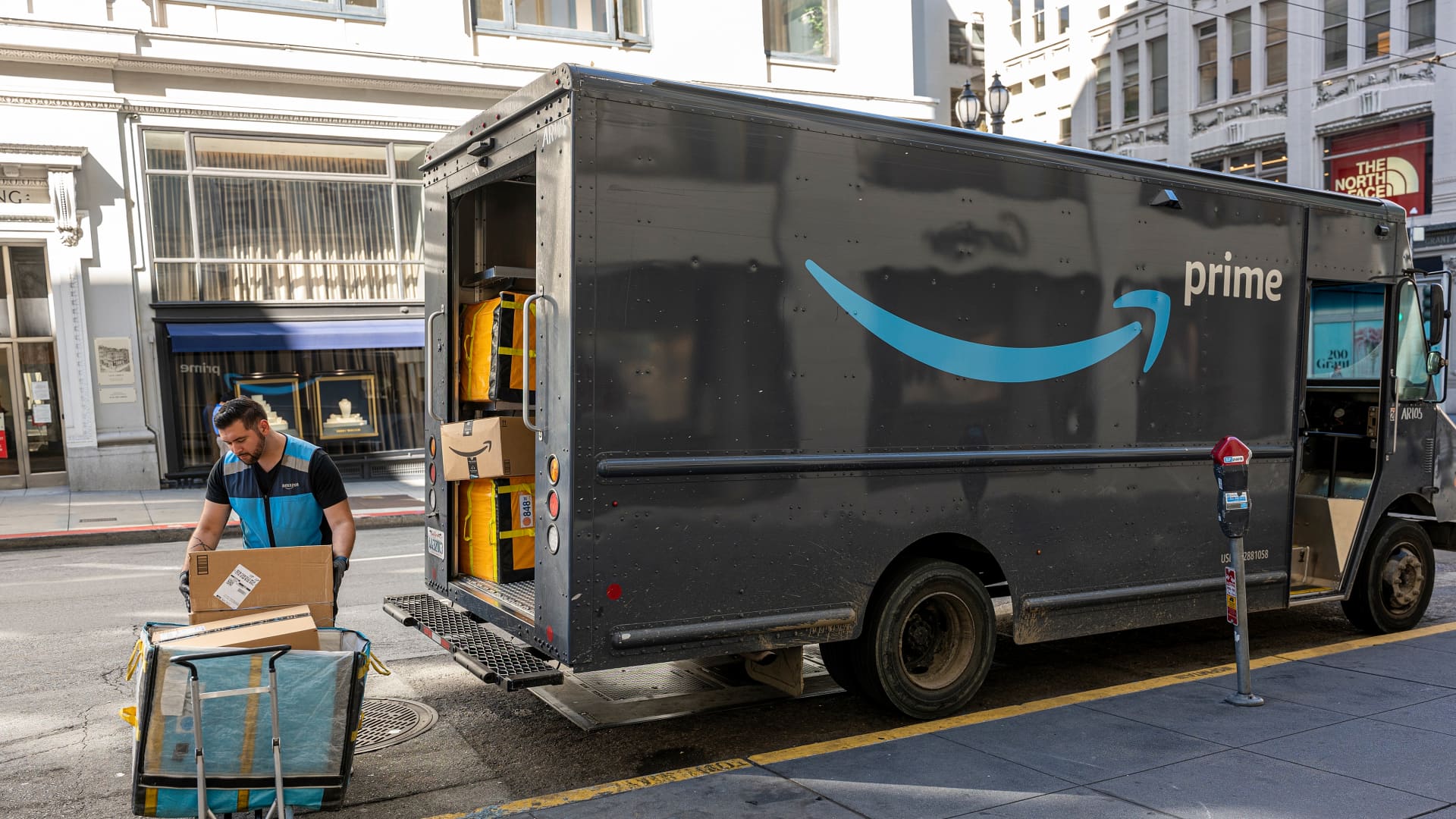 A worker delivers Amazon packages in San Francisco, California, US, on Wednesday, Oct. 5, 2022. Amazon’s Prime Early Access Sale is on through Oct. 12 to boost sales among cost-conscious consumers who are expected to start their holiday shopping even earlier this year.

Amazon shoppers appear to have shrugged off promotions for discounted phone chargers and air fryers during this week’s Prime Day-like sales bonanza.

The 48-hour event, dubbed the Prime Early Access sale, ran through Wednesday. For Amazon, the event tested how members of its Prime subscription program would respond to two major discount events in the same year, after the company’s main Prime Day sale in July.

Amazon on Thursday said that tens of millions of Prime members ordered more than 100 million items from third-party vendors. It disclosed little else about the results, such as sales figures.

But data collected by third-party analysts gives a deeper look into how the Prime Day sequel went over with shoppers compared to Amazon’s sales event in July.

Sales during this week’s event seemed “lighter” compared to Prime Day in July, Bank of America analysts said. They estimate Amazon brought in $5.7 billion in revenue from the Prime Early Access Sale vs. $7.5 billion in July.

Commerce data company Klover said it observed slower spending and volume, noting transaction frequency was down 30% between the July event and October event.

The average spend per order during the Prime Early Access Sale was $46.68, down from $60.29 on Prime Day, according to market research firm Numerator. Meanwhile, most categories saw a decline in sales relative to the July sale — exceptions included toys; baby items; and books, video and other media, Numerator found.

Not everyone is convinced that the Amazon sale was a flop. Even if the 48-hour event failed to exceed Prime Day sales, Amazon still likely saw more sales on Tuesday and Wednesday than it would on a typical day, said Juozas Kaziukenas, founder of research firm Marketplace Pulse.

“I think it did fine for what Amazon was trying to do, which was to reduce the amount of products they have in their warehouses,” Kaziukenas said.

Amazon, Walmart, Target and many other major retailers are grappling with a glut of inventory after long-delayed orders of items that were hot sellers during the pandemic arrived, only to be passed over by shoppers whose habits have since shifted. Companies are now opting to kick off holiday sales sooner than ever with the hope that it will help clear out unwanted inventory.

Those challenges may have pushed more brands to run promotions during the sale. For example, Peloton, which has wrestled with excess inventory, was one of the top-selling items.

Amazon may also be looking to juice sales as it confronts slowing revenue growth and what’s likely to be a lackluster holiday shopping season. Online spending throughout the holiday season is expected to grow 2.5%, according to Adobe, marking the slowest growth since the firm began tracking the figure in 2015.

Discount events such as the Prime Early Access sale are a relatively low cost way to goose sales, Kaziukenas said.

“The only cost is the discount, which is either coming from sellers or brands,” he said. “In terms of putting up the actual event, it’s a cheap thing for them to do. They could do it every month if they wanted to.”

WATCH: Amazon gets in front of holiday shopping with second Prime Day of the year