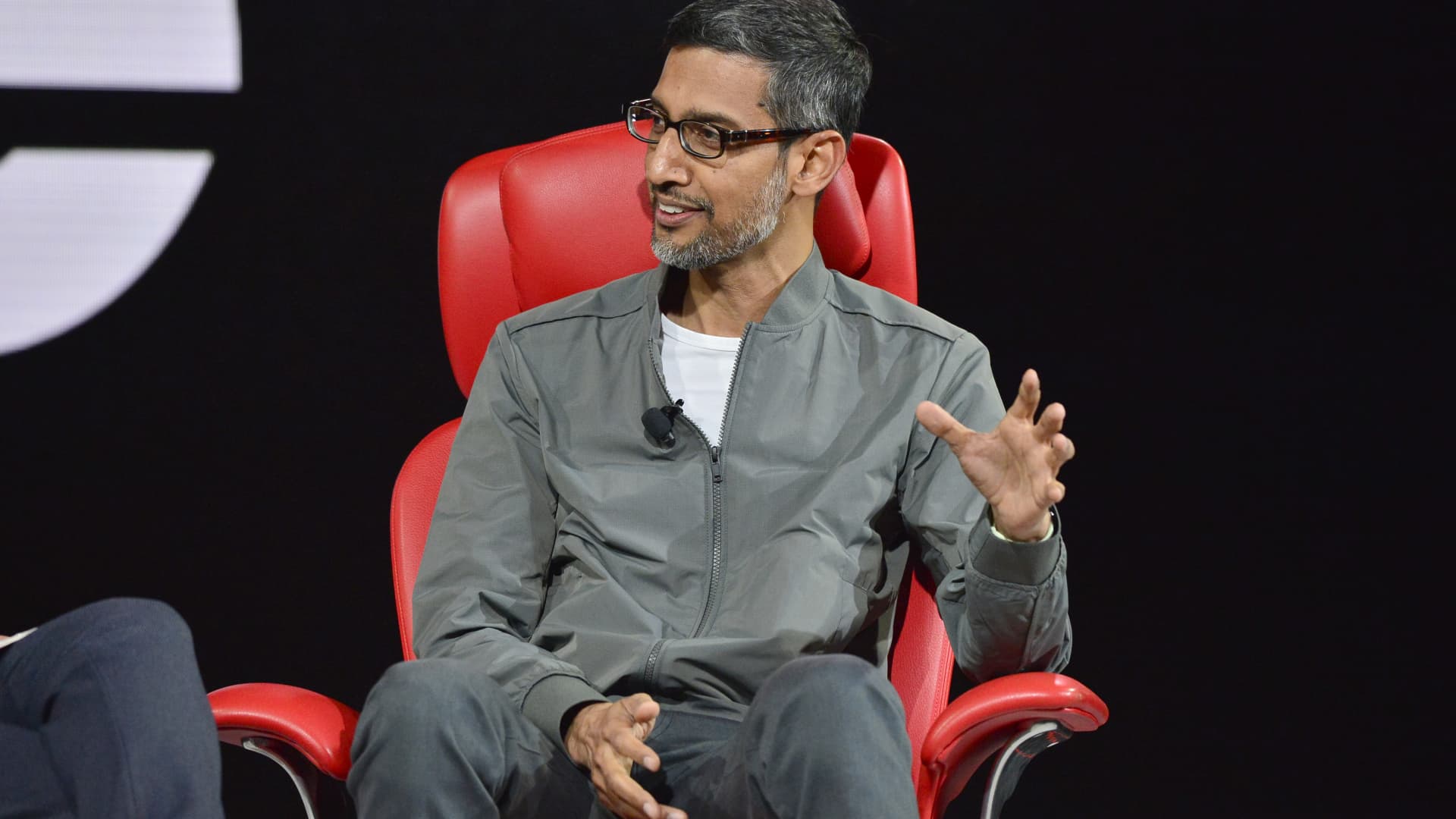 Alphabet reports third-quarter earnings on Tuesday after the bell.

Here’s what Wall Street is expecting.

As fears of a recession intensify, companies are taking a more cautious approach with their advertising budgets. For Google parent Alphabet, which is largely dependent on digital ads, that’s led to reduced growth estimates.

The company is expected to report revenue growth of about 8% for the third quarter. Aside from one period at the start of the Covid pandemic, that would mark the weakest expansion for any quarter since 2013. The slowdown is particularly acute at YouTube, which is expected to see growth of about 3%, according to StreetAccount. YouTube is seeing heightened competition from short-video app TikTok.

During the quarter, CEO Sundar Pichai enacted some cost-cutting measures across the company, citing economic challenges, including a potential recession, soaring inflation, rising interest rates and tempered ad spending. In September, Pichai said he wanted to make the company 20% more efficient, and that could include slashing jobs and product cuts.

Google recently canceled the next generation of its Pixelbook laptop and cut funding to its Area 120 in-house incubator. And last month, Google said it would be shuttering its digital gaming service Stadia. Also during the quarter, the company said it would be delaying plans to replace third-party cookies for advertising until 2024 after finding the transition more challenging.

In a heated all-hands meeting, staffers confronted executives on the planned cuts to travel and entertainment budgets. Pichai responded by reminding employees that there was a time when Google was “small and scrappy” and that they “shouldn’t always equate fun with money.”

Getting workers back to the office continues to be a challenge for Google, after employees became accustomed to flexibility during the pandemic, when profits boomed to a record. Adding to the tension, employees told CNBC during the quarter that they receive regular notifications from management of Covid-19 infections, causing some to question the company’s return-to-office mandates.

Alphabet shares have dropped 29% this year, performing about in line with the Nasdaq.