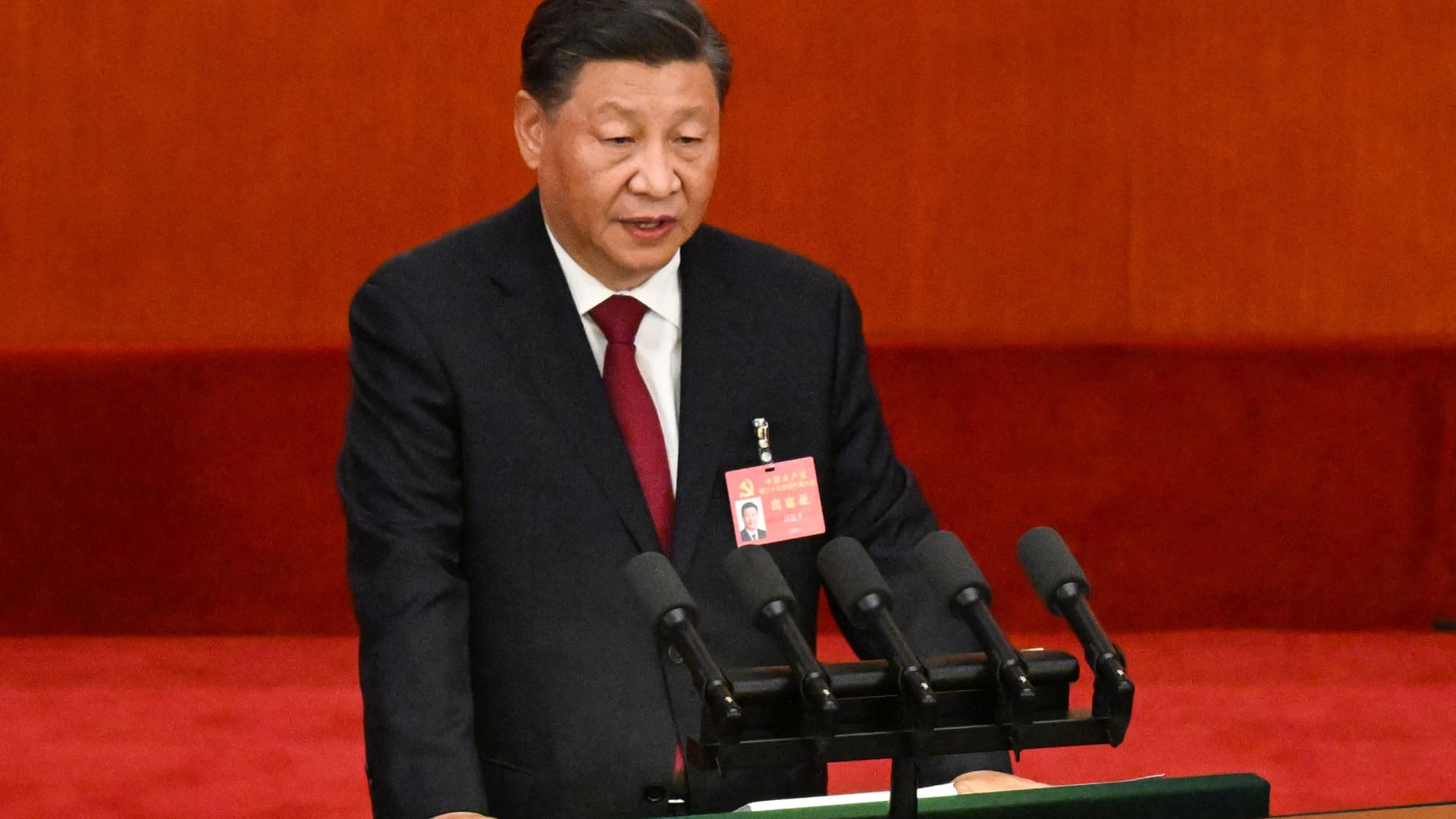 Chinese technology stocks tanked Monday after a political reshuffle in the world’s second-largest economy tightened President Xi Jinping’s grip on power with investors fearing this could be a negative for private firms.

The moves come after Xi paved the way for an unprecedented third term as leader and packed the Politburo standing committee, the core circle of power in the ruling Communist Party of China, with loyalists.

That makes it unlikely that anyone would challenge any “policy mistakes” that Xi makes which could hamper growth of the tech sector, Xin Sun, senior lecturer in Chinese and East Asian business at King’s College London, said.

China’s President Xi Jinping speaking at the opening session of the 20th Chinese Communist Party’s Congress at the Great Hall of the People in Beijing on Oct. 16, 2022.

“Now that the new Politburo standing committee is packed with Xi’s own picks and those in rival factions … were all out, it becomes clear that no other political elite dares to challenge his policy mistakes or even deviate however slightly from his preferred policy agenda, which of course over the past few years has focused on favouring the state sector at the expense of the private one,” Sun told CNBC via email.

“As a result, it is unlikely for these policies to be reversed or corrected, leading to an extremely gloomy economic outlook.”

Under Xi’s leadership, China has implemented policy that has tightened regulation on the tech sector in areas from data protection to governing the way in which algorithms can be used.

Meanwhile, Xi has stuck to the strict “zero-Covid” policy which has seen cities, including the mega financial hub of Shanghai, locked down this year, even as most of the world has opened their economies.

These two policies have contributed to billions of dollars being wiped off the value of Chinese tech giants and companies including Tencent and Alibaba reporting their slowest growth in history this year.

“Tech stocks have never been the best friend of Xi and it’s clear that the market thinks that purge will continue,” Justin Tang, head of Asian research at United First Partners, told CNBC.

As part of the leadership reshuffle in China, Li Qiang, party secretary of Shanghai is expected to be made premier next year. Li oversaw the lockdowns and zero-Covid approach in Shanghai this year. He has not served as vice premier marking a break with a long-standing tradition of the Communist Party. Li will succeed outgoing Premier Li Keqiang, an official seen as pro-business.

Sun said the new leadership is largely party officials “who had limited to no prior experience or credible record in economic management,” marking another reason investors are concerned about the future.

“A rigid political regime with limited capacity to correct many of its policy mistakes, the lack of capable and experienced economic policymakers, and growing geopolitical risks, all under the leadership of a single person whose track record has proven unfriendly towards the private sector,” Sun said, explaining the negative market sentiment toward China tech stocks. 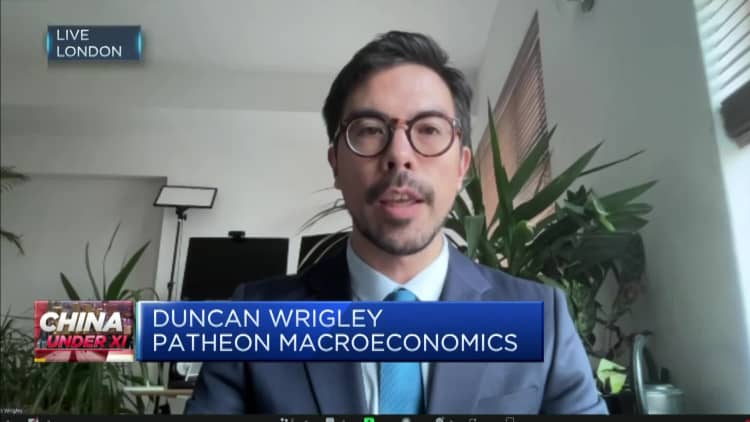 However, not all analysts are concerned about further regulatory tightening. In the last few months, Beijing has taken less dramatic regulatory action against tech giants, prompting some commentators to suggest a softening stance from the government toward internet companies.

“Some of the policy toward tech stocks has been softened,” Duncan Wrigley, chief China economist at Pantheon Macroeconomics, told CNBC’s “Street Signs Europe.”

“Overall, I think the stance of the leadership and the governments has become on balance more positive over the last year.”