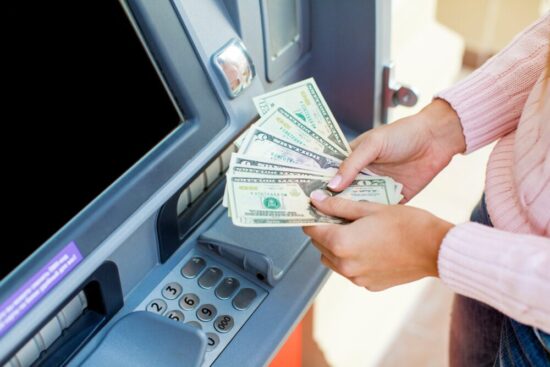 Avoiding unnecessary fees is often critical for financial wellness. However, ensuring you aren’t hit with an ATM fee is surprisingly tricky, especially if you don’t live near a branch and have to use another bank or credit union’s ATMs. Fortunately, even if that’s the case, you can keep these costs down by choosing the right bank. Here’s a look at banks that make that easier.

With Citibank, you can get fee-free access to your money at over 65,000 ATMs throughout the country. Along with ATMs at branches, you’ll find friendly ATMs inside certain retailers, including many CVS, Rite Aid, Target, and Walgreens locations. Plus, finding a no-fee ATM is a breeze if you have the Citibank mobile app, as it allows you to look up ATMs near you while on the go.

If you bank with Lending Club, you’ll never have to worry about ATM fees again. The company offers unlimited ATM reimbursements, both domestically and internationally. Just know that the reimbursements don’t come in until the end of the cycle, so this option works best if you consistently have a cash buffer in your account.

Charles Schwab Bank also has unlimited ATM reimbursements worldwide, allowing you to take advantage of any ATM regardless of where you are without having to worry about fees. Plus, there are no foreign transaction fees either, making this a solid choice for anyone who travels outside of the country regularly.

Axos Bank is another company that has unlimited ATM reimbursements with certain accounts, allowing you to use essentially any domestic ATM without worry. Just keep in mind that international ATM fee reimbursements aren’t part of the program, so make sure you have another plan for avoiding fees if you’re traveling out of the country.

USAA lets banking customers avoid fees through a network of 60,000 fee-free ATMs. Plus, USAA doesn’t charge fees on the first ten withdrawals made at non-USAA ATMs each month and will reimburse up to $15 in ATM fees assessed by the ATM institution monthly.

Along with a network containing around 80,000 ATMs, Alliant Credit Union also offers up to $20 in ATM fee reimbursements if you have to use an out-of-network ATM. Additionally, the credit union doesn’t charge overdraft fees and offers a solid interest rate, even on teen checking accounts.

With Ally Bank, you can get a decent interest rate along with a slew of perks. There are more than 43,000 in-network ATMs, and Ally will reimburse up to $10 in out-of-network ATM fees monthly. Plus, you won’t encounter any monthly account fees, which is a nice bonus.

With an ATM network with 80,000 machines and up to $15 per month in out-of-network ATM fee reimbursements, TIAA Bank is a solid choice for anyone who needs to access cash regularly. Plus, if you maintain an average daily balance of $5,000 or more, you can potentially qualify for unlimited reimbursements.

Do you know of any other banks that don’t charge ATM fees? Does the cost of ATM fees influence where you bank? Are you willing to go out of the way for fee-free ATMs, or do you just deal with the cost if you need access to cash quickly? Share your thoughts in the comments below.